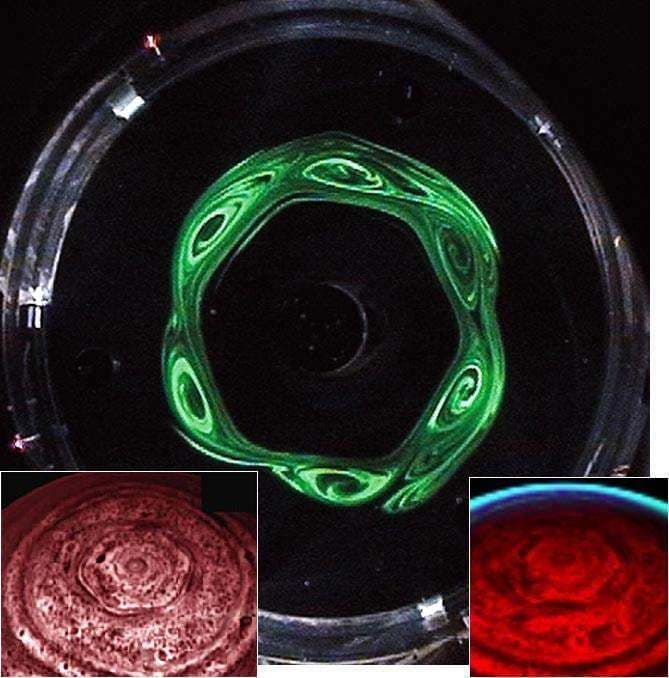 There is a bizarre hexagon structure located on Saturn’s North Pole, it's probably one of the weirdest shaped weather phenomena in our solar system. This structure was first seen by the Voyager missions when they passed Saturn in the 1980s. 25-years later, Cassini also imaged the hexagon further intriguing scientists.

A team of Oxford researchers were able to recreate this natural phenomena with a slow-spinning cylinder of water and a smaller rapidly-spinning ring, according to Discovery.com. By adjusting the speed of the ring, scientists were able to dramatically affect the shape produced in the water. This isn’t uncommon in fluid dynamics. Such occurrences are commonly seen in hurricanes and the polar vortex.

One of the most fascinating things about this is there isn’t a hexagon structure located on Saturn’s South Pole. Instead, we get a hurricane type structure. To quote Bob Brown, team leader of the Cassini visual and infrared mapping spectrometer, "It's amazing to see such striking differences on opposite ends of Saturn's poles."