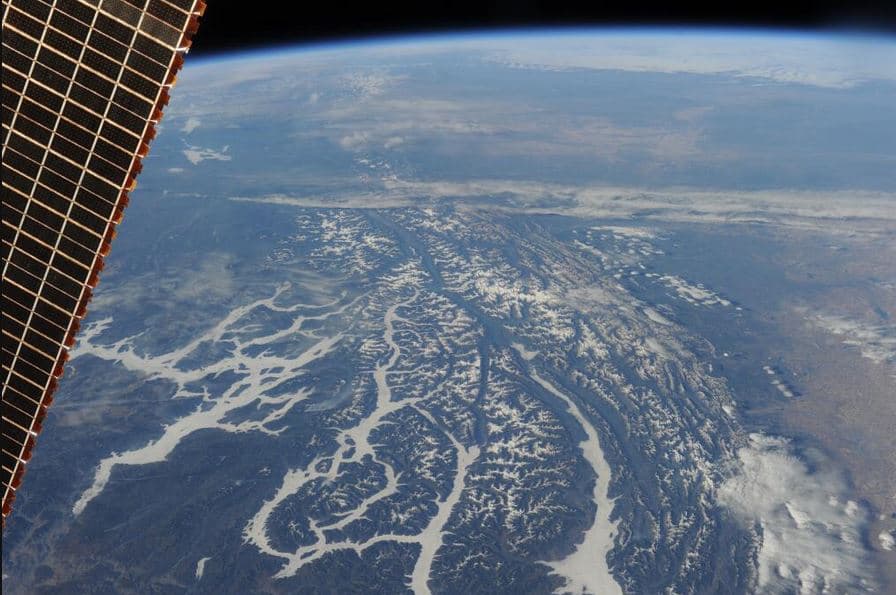 A new method of analyzing rivers from space reveals that, in North America at least, wide rivers are more common than previously thought. This new analysis also brings the total surface area of North American rivers to over 77,050 square miles (124,000 square kilometers)—larger than Pennsylvania and Rhode Island combined.

George Allen and Tamlin Pavelsky from the University of North Carolina have created the first high resolution, continental-scale survey of river widths. For now, the publicly available data set, which could help improve global assessments of flooding and greenhouse gas emission from rivers, is restricted to North America, a global version is in the works.

The traditional method of estimating river width from afar involves elevation maps—called Digital Elevation Models (DEMs)—and estimate the flow of a river based on the size of its upstream watershed. Then, scientists can use measurements from stream gauges to scale watershed size, river flow, and river width to calculate the size of the river.

But, as Allen explains, global river networks are a "much more complicated system than a DEM-based model will predict." Groundwater exchange, abundance of sediment, and climate can all influence the size, shape, and location of rivers. Allen and Pavelsky found that a better way to get this information is from satellite images, which can measure river shape directly.

Thanks to NASA's Landsat satellites, they had plenty of images to choose from.

They eliminated those that contained too much cloud cover and selected pictures taken during a month when the rivers were likely to be at their average level of discharge. Then came the hard part: selecting only the river water in every image.

They could set up a mask that captured most water surface from the Landsat image, but they ran into what Allen calls some "tricky places that are difficult to assess without human eyes on the screen."

With such a large area to cover, Allen and Pavelsky had to call in some serious reinforcements. In total, they employed a team of ten undergraduate students to help check each image for errors in river masks, before using software to calculate the widths and center-line.

The resulting images are gorgeous. The narrowest rivers (mapped in icy blue) included in the study are 98 feet (30 meters) wide, and the widest (represented in dark blue) spans two kilometers (around 1.2 miles).

These widest rivers usually have more than one channel and are often located in the northernmost parts of North America. However, many of them couldn't be accounted for in previous large-scale river surveys because we lack data from the far north.

As a result of this work, Allen is excited by a trend he's noticed in hydrology. Lately, he says the field of hydrology has been "going from smaller scale studies of individual basins" to "now becoming possible to do global scale modeling of rivers."

Allen and Pavelsky plan to distribute the global data set next year.

And, as an added bonus, after its release you'll be able to check for yourself, and assure your beloved once and for all that Marvin Gaye was right: there really "ain't no river wide enough to keep me from getting to you." The mountains, on the other hand, may pose a bigger challenge.