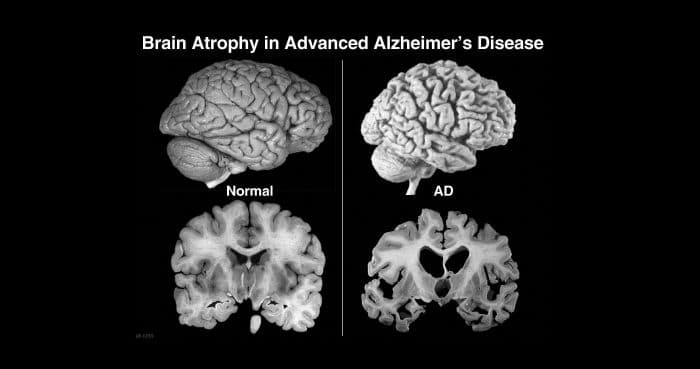 According to the Alzheimer’s Association, more than 5 million Americans are living with Alzheimer’s, and as the population’s median age rises, the number of cases is expected to increase to 13.5 million by 2050.

Having Alzheimer's disease is like going into a dark hole. In fact, it is one of the most complex and destructive diseases that mankind is currently dealing with. Most diseases attack the body, but this disease attacks the brain and eventually destroys it. Symptoms of Alzheimer's gradually worsen over time, ultimately leading to the loss of the ability to create, remember, learn, reason, and relate to others.

As the disease progresses towards its final stages, the brain changes start affecting physical functions, such as swallowing, balance, and bowel and bladder control – this culminates in the death of essential body cells and failure of all body systems.

In the recent years, several drugs have been introduced to treat Alzheimer's, but none of them have been able to successfully cure this disease. The failures have led to a more pessimistic attitude towards the cure for the disease. Between 2002 and 2012, 99.6% drug studies aimed at preventing, curing or improving Alzheimer’s symptoms were either halted or discontinued.

All these drugs have undergone extensive study, but the results are far from expectations. At the most, the medications have only been able to mitigate the symptoms of the disease, which is certainly a great step forward...but it is not a cure.

Five drugs, namely, donepezil, galantamine, rivastigmine, memantine and tacrine are being used to treat Alzheimer’s disease.  However, the drugs tend to cause side effects in more than half the people who take them. One out of every four or five people stops taking a drug for Alzheimer’s because of the side effects that include:

Additionally, they are quite expensive – the costs averaging about $177 to over $400 per month. According to Consumer Report's Best Buy Drugs, the drugs are not recommendable, as the risks and expense associated with them are far more than the benefits for a majority of people.

Several other treatments are also being used for treating Alzheimer's. These include dietary supplements, ibuprofen, and some cholesterol drugs. None of them have proved to be of any significant help.

Are Ultrasounds the New Solution?

Successive clinical trials attempting to cure Alzheimer's have failed, and this has created a kind of deadlock in recent years. Amidst all the failures, a recent study released in the journal Science Translational Medicine by two researchers at the Queensland Brain Institute at the University of Queensland has brought hope. The study found that ultrasound therapy clears the brain of neurotoxic amyloid plaques - structures that are blamed for memory loss and a decline in cognitive function in patients who suffer from Alzheimer’s disease.

Ultrasound has proved to be a versatile and significantly helpful tool for physicians. Using this tool, the researchers in this study were successfully able to restore the memories of 75% mice that were treated with the therapy, with no damage to the surrounding brain tissues. Moreover, the mice displayed improved performance in three memory tasks:

The study has only been tested on mice, but the researchers are planning to proceed to the next step, which will be trials with higher animal models such as sheep. They hope to get human trials underway in 2017.

Another Step Towards a Solution

But that's not the only research recently released on this topic. A paper by the Duke University has also provided a great breakthrough. The research published in the Journal of Neuroscience suggests that, in mice with Alzheimer’s disease, certain immune cells that normally protect the brain abnormally begin to consume an important nutrient called arginine. The loss of memory and a buildup of sticky proteins known as brain plaques were prevented by blocking this process or nutrient consumption, using the drug difluoromethylornithine (DFMO).

This research paves a whole new way of thinking about Alzheimer's. What's more? It throws light on the role played by the immune system and the amino acid, arginine, in Alzheimer's.

In both of these major studies, one thing needs to be reiterated: In each, mice have been used in the experiments, and they are not a perfect parallel for the process that takes place in the human brain.

However, these studies are undoubtedly helping the researchers find more answers to some of the most pressing Alzheimer's questions, such as what causes sticky proteins to accumulate, why neurons die, and what makes one more vulnerable to this disease. In a scenario like this, where most successive drugs introduced to cure Alzheimer's have failed, the recent research related to ultrasound seems like a silver lining in the dark cloud.

Author Bio: Lori Wagoner is associated with MedCorp - one stop resource to buy used ultrasound machines. She is looking to build up her authority as blogger and often shares her thoughts on health, medicine and likes. Feel free to follow her on Google+.