New Research: There's Enough Meth in Some Rivers to Get Fish Addicted

Methamphetamines in the water supply can seriously mess with the brains of fish. 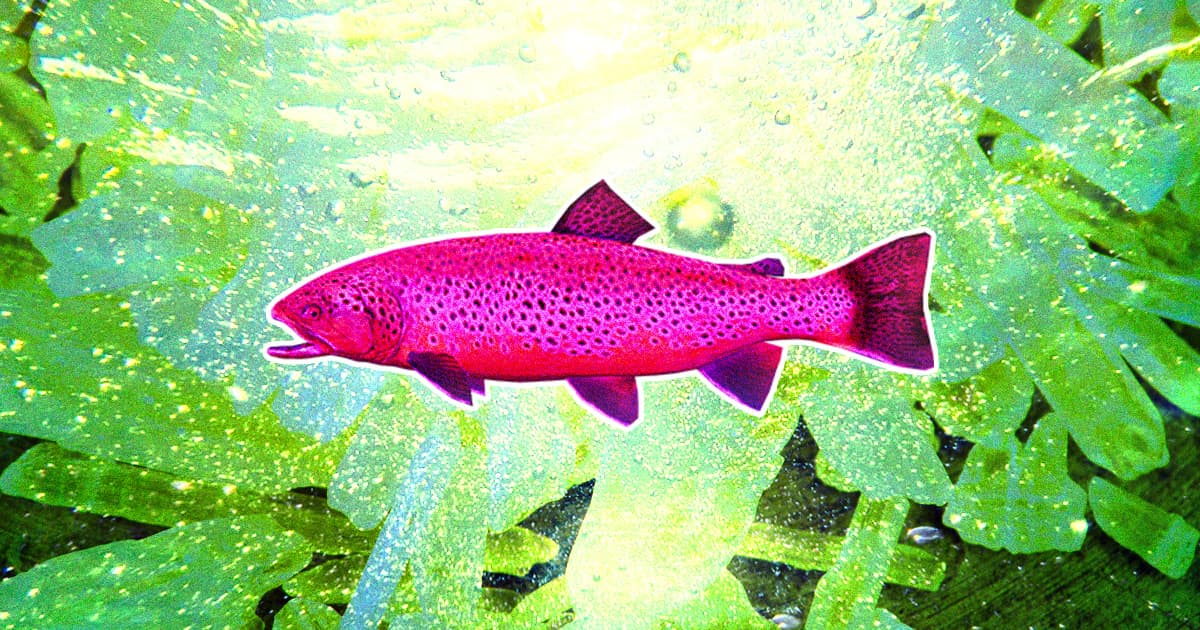 Researchers dumped 60 brown trout in a water tank that contained low levels of methamphetamine to see if they would get addicted, like humans.

After eight weeks, the fish started preferring waters with concentrations of the illicit drug over waters without it, suggesting they were starting to get hooked.

While it sounds a little crass, the levels of meth used in the experiment actually mimicked those found in some freshwater rivers, a result of the drug ending up in sewage and eventually bodies of freshwater — a stark reminder, as CNN reports, of the negative effects drug use can have not just on human health but on the local environment as well.

The team, led by led by Pavel Horky, a behavioral ecologist from the Czech University of Life Sciences in Prague, found that the 60 trout exposed to meth were less active than a control group of 60 other trout.

According to the team's study, published Tuesday in the Journal of Experimental Biology, the meth-exposed trout were subsequently placed in a tank with two streams of water: one with and one without methamphetamine in it. The ones previously exposed to meth preferred the meth-spiked water in 50.5 percent of the observations. The control group preferred the meth-laced waters only 41.5 percent of the time.

The drug also caused other physical side effects. After just ten days, traces of the drug showed up in the exposed group's brains.

"Fish are sensitive to adverse effects of many neurologically active drugs from alcohol to cocaine and can develop drug addiction related to the dopamine reward pathway in a similar manner as humans," Horky told CNN.

"Such effects could change the functioning of whole ecosystems as adverse consequences are of relevance at the individual as well as population levels," he added.

In fact, according to Horky, the desire to get another hit might even supersede the natural inclination to mate with other fish.

But the results of the experiment should be taken with a grain of salt.

"I'm not sure you can truly say these fish are addicted to methamphetamine, but they certainly show a preference for the compound… which they shouldn't, really," Gabriel Bossé, a postdoctoral research fellow at the University of Utah who was not involved in the study, told Live Science.

Bossé also argued that because the preference died down after a few days, the fish may not have actually been addicted. If they were, he said, the preference would have stuck around longer, and possibly experienced withdrawal.

READ MORE: Methamphetamine in waterways may be turning trout into addicts [CNN]

More on drugs in the water supply: Scientists Propose Adding Psychoactive Drug to our Water Supplies

Read This Next
So Dark
Scientists Discover "Vantablack" Deep-Sea Creatures
Futurism
The World’s Rivers Are All Backed Up, Leaving Fish With No Place To Go
Futurism
We May Not Be Catching as Many Fish as We Were Two Decades Ago
More on Earth & Energy
From Bad to Worse
Yesterday on the byte
Global Warming Is Worse Than We Thought, AI Tells Scientists
RIP Fred
Yesterday on the byte
Instead of Predicting Length of Winter, Groundhog Simply Dies
Fly Guy
Wednesday on the byte
Bird Advocates Horrified by Pigeon Dyed Pink For Gender Reveal Party
READ MORE STORIES ABOUT / Earth & Energy
Keep up.
Subscribe to our daily newsletter to keep in touch with the subjects shaping our future.
+Social+Newsletter
TopicsAbout UsContact Us
Copyright ©, Camden Media Inc All Rights Reserved. See our User Agreement, Privacy Policy and Data Use Policy. The material on this site may not be reproduced, distributed, transmitted, cached or otherwise used, except with prior written permission of Futurism. Articles may contain affiliate links which enable us to share in the revenue of any purchases made.
Fonts by Typekit and Monotype.