Question Everything: Journey to the Edge of the Universe 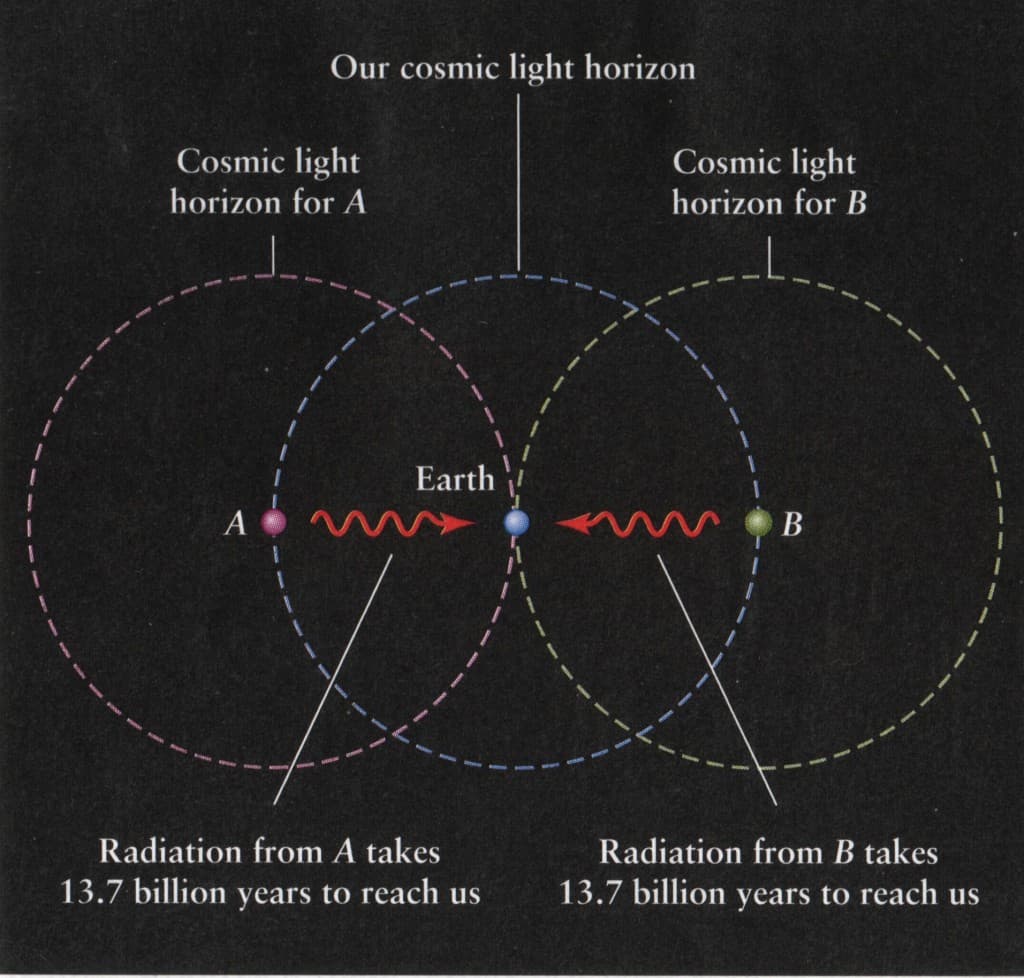 Now, for the long answer (and believe me, this is a long [but interesting] read). First, before I delve into your question, let me highlight a few relevant portions of the article you mentioned;

"In the past, it was generally agreed upon that the Universe was either
infinite in size and age, or that it was of finite size – with the dimension
of time not coming about until the birth of the universe. If the latter is
actually the case, any event(s) occurring before this era could have no
appreciable affect on what is happening now.

In an infinite and static universe, the accelerating expansion of the cosmos,
which was triggered by dark energy, is nonsensical; it just doesn’t make
sense. You can’t have something that is static and unchanging .. but is
expanding somehow. For the time being, let’s take a moment to delve into
the evolution of our understanding of the cosmos. Because to understand
where we are going, we must understand where we have been."

From: Is the Universe Infinite or Finite? Our Changing Universe

Okay. Throughout the previous passages, we've established that the universe is not only very large, but it is also expanding exponentially in size. We didn't, however, establish how quickly this expansion is happening. To put it in the simplest possible terms, the universe is expanding FASTER than the speed of light.* At least, it is when you compare nearby galaxies to those that are much farther away. Relative to our neighboring galaxies, those hanging out on the edge of the observable universe are indeed traveling well over 186,282 miles per a second (299,792 kilometers), which is also known as the speed of light.

This has many interesting implications. But before we touch on those, we must first recognize that the speed at which light travels is the universal speed limit. Based on our understanding of the laws of physics, there is no way to ever reach this speed. Only massless particles - like photons - can travel at the speed of light. In essence, it would require an infinite amount of energy to propel something with mass to such speeds. Furthermore, time stops for particles traveling at the speed of light. Travel faster than that, and you would actually travel backward in time (I won't even go into the associated g-force of traveling through space that quickly).

To summarize the above points:

All of these factors imply that even if the universe did have an edge, we would never be able to reach it. We will, however, deal in hypotheticals. Lets say, for instance, that for some unknown reason, you were magically teleported to the so-called "edge" of the universe (if one existed, it would indicate that the universe is finite - a hypothesis that many physicists dislike), first, you would see... more universe.

By the time you reached the region in which we typically refer to as the light horizon (the edge of the observable universe), the galaxies that now straddle it would be driven much farther away than their current location, but on the plus side, now you would be able to see parts of the universe that no other human (or creature we know of) has laid eyes on. You would glimpse the unobservable universe. Unfortunately, that too will eventually be taken away (all thanks to the ever-accelerating-expansion of the universe).

Now, continuing onward, we have no stinking clue as to what you would actually see, but there are a few ideas. First - laid out in front of you - you may see an enveloping darkness that sends chills up your spine. Behind you might be the entirety of the light that has arrived in your own, personal, observable universe. OR, somehow, perhaps you could actually see the boundary that separates the universe from whatever lies beyond it (IF something lies beyond it), like a parent medium that contains an infinite number of "bubble" universes in a larger multiverse.

And lastly, it could be, that if space winds up being finite in size (and curved in geometry), you could travel for billions, maybe even trillions, of years without ever having reached the edge of the heavens. Eventually, you'd just wind up right back in the place you started from.

* Since I know some of you may ask, this is not in violation of relativity, as it's the space between the galaxies that is expanding.