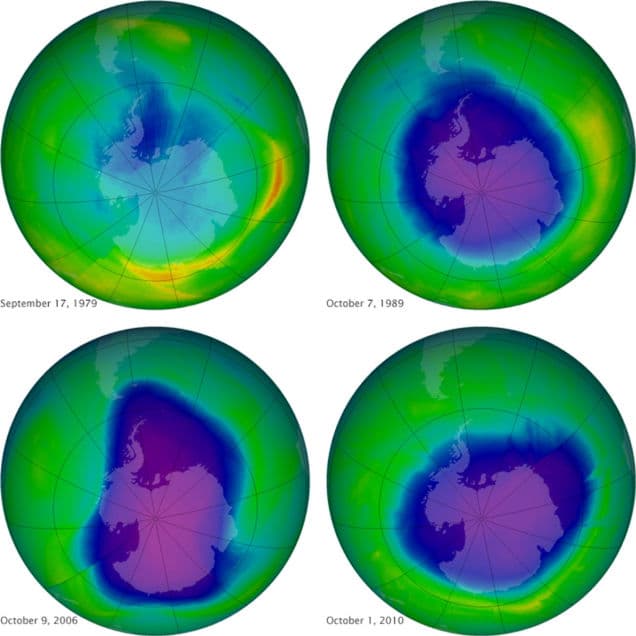 Whatever your nationality, we can all generally agree on one thing; politics suck. Even with all of it's shortcomings, it turns out that politics around climate change can and are actually making a difference. Recently, a UN study showed that our precious ozone layer is actually recovering after years of abuse. The reason for this is none other than some political will. This study was conducted by 300 scientists and published in the UN Environment Programme (UNEP) and the UN World Meteorological Organization (WMO).

The WMO Secretary-General Michel Jarraud celebrated this international achievement calling it a "major environmental success story" and continued to state, "This should encourage us to display the same level of urgency and unity to tackle the even grater challenge of climate change."

The ozone layer is the part of our atmosphere responsible for blocking a large portion of the ultraviolet light that's emitted from the Sun. Some chemicals, such as chlorofluorocarbons (CFCs) have been responsible for depleting this precious layer of our atmosphere. In 1987, the Montreal Protocol was enacted in an effort to make countries reduce and eliminate their use of ozone-depleting chemicals. Needless to say, this has been a success.

Hopefully, the countries of the world will be able to build off of this accomplishment and continue to stand together as we attempt to reverse some of the damage that we have caused.