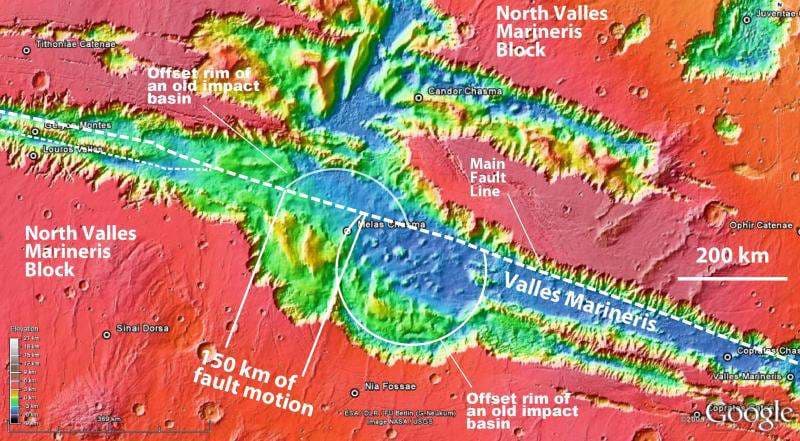 Plate tectonics are Earth’s oldest recycling program. The motions of these tectonic plates is one of Earths most life giving features and is responsible for creating same of our most incredible characteristics, from our stunning mountains to devastating earthquakes. At least, until recently, Earth was the only planet known to have plate tectonics – it looks as if we can now add Mars to that list.

An Yin, a professor at UCLA of Earth and space sciences, discovered these plates over the course of a forty-year research project. He says, “Mars is at a primitive stage of plate tectonics. It gives us a glimpse of haw the early Earth may have looked and may help us to understand how plate tectonics began on Earth.”

Are you ready for some technical mumbo-jumbo? Yin discovered this discovery using data he received from the THEMIS (Time History of Events and Macroscale Interactions during Substorms) spacecraft, in addition to images taken by the HIRISE (High Resolution Imaging Science Experiment) camera on the MRO (Mars Reconnaissance Orbiter) spacecraft. Just in case you were wondering, the folks at NASA (National Aeronautics and Space Administration) do remember all of these acronyms.

Specifically, Yin was studying Valles Marineris, the longest and deepest system of canyons in our solar system (about nine times larger than the Grand Canyon). Since its discovery in 1972, its formation has puzzled scientists. Martian plate tectonics is a very clean solution to this conundrum.

Earth has 7 or 8 major tectonic plates, how many does Mars have? Just the two plates divided by Valles Marineris have been discovered so far. These plates are easy to spot because they are very similar to several formations found on Earth, including the Dead Sea fault system and the Death Valley fault zone.

Right around now you are probably wondering if the Red Planet has marsquakes, Yin thinks so. However, evidence suggests that these plates move very, very slowly, with major shifts happening every few million years. Yin is doubtful Mars has more than two tectonic plates. He will, however, continue to study Martian tectonics in the hopes to learn more about this peculiar geological event.

You can see a video of Yin demonstrating plate tectonics below: