This Captivating Board Game Lets You Build a Planet From Scratch

Put your world-building skills to the test with 'Planet.' 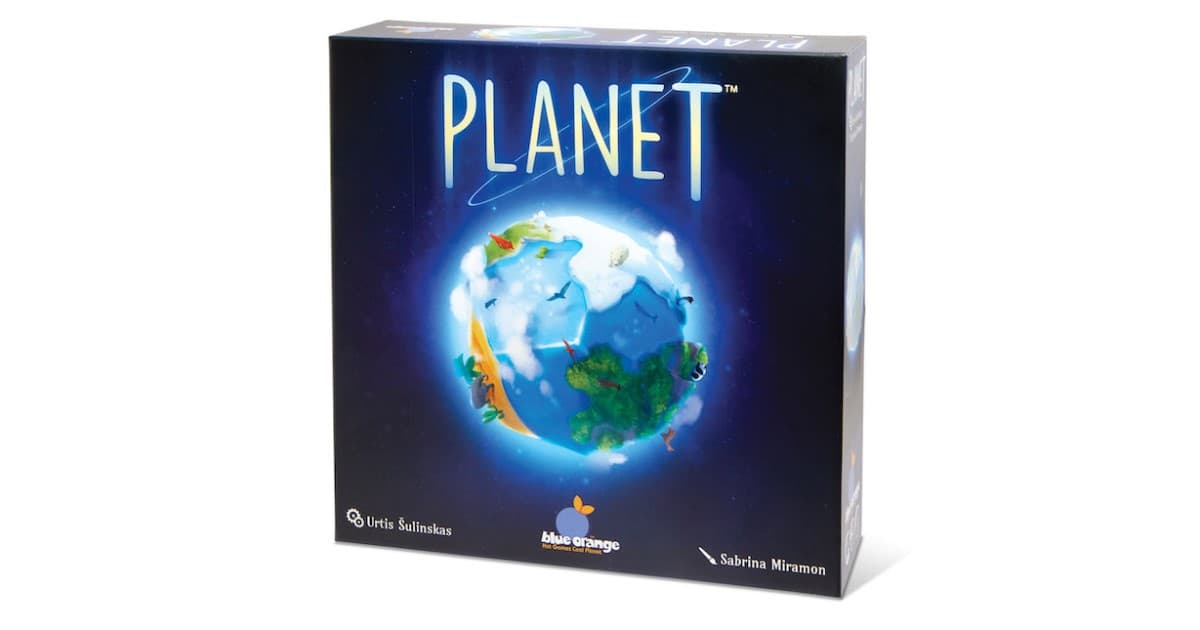 Most of us, unfortunately, will never get the chance to create our own planetary body from scratch. It’s just a sad fact of life that the resources necessary to create a planet are not accessible to us normal humans. But thanks to the board game Planet, we can come as close as possible to seeing how a planet designed by us would fare in the cold vacuum of space.

Players of Planet are tasked with creating their own planet to support the most organism-friendly ecosystem they can. If your planet supports the most life, you win the game, as well as the satisfaction of knowing you could put together a planet just as well as any deity or creator has.

For starters, each player gets a 12-sided, 3-dimensional planet core that represents the “scratch” in their from-scratch planet. Over the course of the game’s 12 rounds (one for each side of the planet), players have to place magnetic “landscape tiles” strategically on their planets to best encourage organic lifeforms to grow and thrive. The tiles are categorized by the four components of any thriving planet: oceans, deserts, mountains, and frozen lands. The way you arrange these tiles on your planet will earn you animal cards that represent lifeforms. As an example, the bear card goes to the player with the largest forest next to a mountain range, while the biggest tundra next to an ocean gets the penguin card.

Create Your Own World With The 'Planet' Board Game

In addition to distributing landscape tiles, Planet players also have to contend with a secret landscape designation assigned to them at the beginning of the game. Once all 12 rounds are complete, and the various multipliers and bonus points are rewarded, the player whose planet supports the most animal life wins.

Planet is like a lot of classic board games in that it mixes strategy and luck in its game play, as players are dependent on the luck of the draw and their own planet-building instincts to create the most successful ecosystem. And it holds up to repeat plays too, since the board game’s clever construction reveals nuances and in the game play that allow players to get better with more experience.

Your copy of Planet will come with four planet cores (meaning you can play with 2-4 players), 50 magnetic landscape tiles, 45 animal cards, five natural habitat objective cards, and a first player token. And if the game’s rules don’t quite seem clear from reading about how they work here, don’t worry, because there’s also an illustrated rule book that tells you everything you need to know in order to play. And everything in the game is built to last, so you can enjoy it for years to come.

The average game of Planet takes just 30-45 minutes to play, and is recommended for players 8-years old and up. And since it encourages behaviors and skills like strategic thinking, problem-solving, and creativity, it’s worthwhile as well as fun for kids. Its themes also have an environmentally friendly angle that can build general awareness of the environment and the relationship between different ecosystems on our own real-life planet.

So if you’ve always suspected you could build a better planet than the one we live on, Planet can give you the chance to prove it. So head over to Fat Brain Toys and buy your copy now.

Read This Next
FROM THE DEPT. OF THINGS TO BUY
5 Nintendo Space Games That Are Out of This World
From Our Partners
Save An Extra 20% On the One Million Dollar Puzzle This Cyber Week
From Our Partners
Pick Up These Award-Winning Game Titles for Less This Black Friday
From Our Partners
Play Real-World Chess Against Players Across The Globe With Square Off
Brands We Love
Soundtrap by Spotify Lets You Record, Edit, and Collaborate From Anywhere in the World
More on Sci-Fi Visions
What is Happening
Feb 1 on the byte
Elon Musk Sets His Twitter Account to Private
From the Dept. of...
Jan 30 on futurism
The Best Humidifiers of 2023
Human v. Giraffe
Jan 24 on the byte
Chaotic Italian Fashion Line Baffles Facial Recognition Software
READ MORE STORIES ABOUT / Sci-Fi Visions
Keep up.
Subscribe to our daily newsletter to keep in touch with the subjects shaping our future.
+Social+Newsletter
TopicsAbout UsContact Us
Copyright ©, Camden Media Inc All Rights Reserved. See our User Agreement, Privacy Policy and Data Use Policy. The material on this site may not be reproduced, distributed, transmitted, cached or otherwise used, except with prior written permission of Futurism. Articles may contain affiliate links which enable us to share in the revenue of any purchases made.
Fonts by Typekit and Monotype.