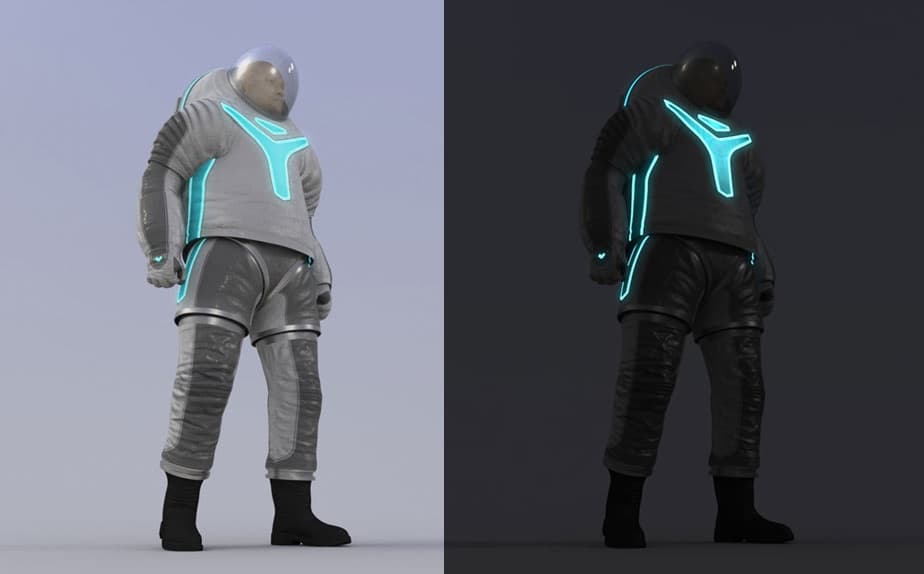 Voting has started on the new Z-2 spacesuit. The public will be able to vote on the new designs up to April 15th 2014. There are three different   design models to choose from, and all of them look like something from Tomorrowland. Really, these designs are amazing. But of course, they are for more than just looks. These suits will be used in a vacuum and tested at the Neutral Buoyancy Lab (NBL) and the Martian surface analog site at the Johnson Space Center, meaning that they have have to actually function (see, looks really aren't everything).

As the newest prototype in the next-generation spacesuit platform, the Z-2 Suit has the most advanced use of impact resistant composite structures on the upper and lower torso. The design also utilizes (for the first time) 3D human laser scans and 3D-printed hardware in order to size and design the suit. Ultimately, this means that each suit will be a near perfect fit for the wearer, relatively speaking, anyways (spacesuits are bulky by nature). The most significant alteration is that the Z-1 had a soft upper torso while the new design, the Z-2, has a hard composite upper torso, which provides the much-needed long-term durability that a planetary EVA suit will require. The boots are much closer in nature to those that would be found on a flight ready model.

So, let's meet the contenders.

The first design is called "Biomimicry," and it looks like a super choice if you are into reptiles, which (I suppose) is what the designers were going for. This option is meant to mimic the bioluminescent qualities of aquatic creatures found at the deepest depths of Earth's oceans and imitate the scaly skin of fish and reptiles that can be found across the globe. The design includes electroluminescent wire across the upper torso, which becomes apparent in reduced light.

The second contender is aptly named "Technology." This design also springs from a meditation on nature and Earth's natural processes. Okay, I kid. It is obviously meant to pay homage to technology. This option has electroluminescent wire and patches across the upper and lower torso. Moreover, the part that lights up is a large swath, whereas the previous design utilizes thin bands of light. What's super cool about this option is that it uses luminex wire and light-emitting patches as a way for crew members to identify one another (remember, everyone currently just looks like a huge, bulbous white thing when they are in their spacesuit).

The last design is the most colorful (though still not the bright fuchsia that I would prefer). This option is intended to reflect what every day clothes may look like in the not too distant future. It includes an exposed bearing at the hip, and electroluminescent wire and patches of varying styles across both the upper and lower torso.

At the time this article was written (12pm EST on 3/29) "Technology" was in the lead with 65% of the votes, clocking in with 98,094 votes. So be sure to cast your vote and sway the tide if Technology isn't your top choice. In order to submit your vote, be sure to head here by April 15th 2014. The site offers a few more details on what went into the construction and design of the new spacesuits. The below video also contains more information on the engineering behind NASA's spacesuits.