Physicists Have Made Exotic Quantum States From Light

This puts us one step closer to living in a world with quantum computers. 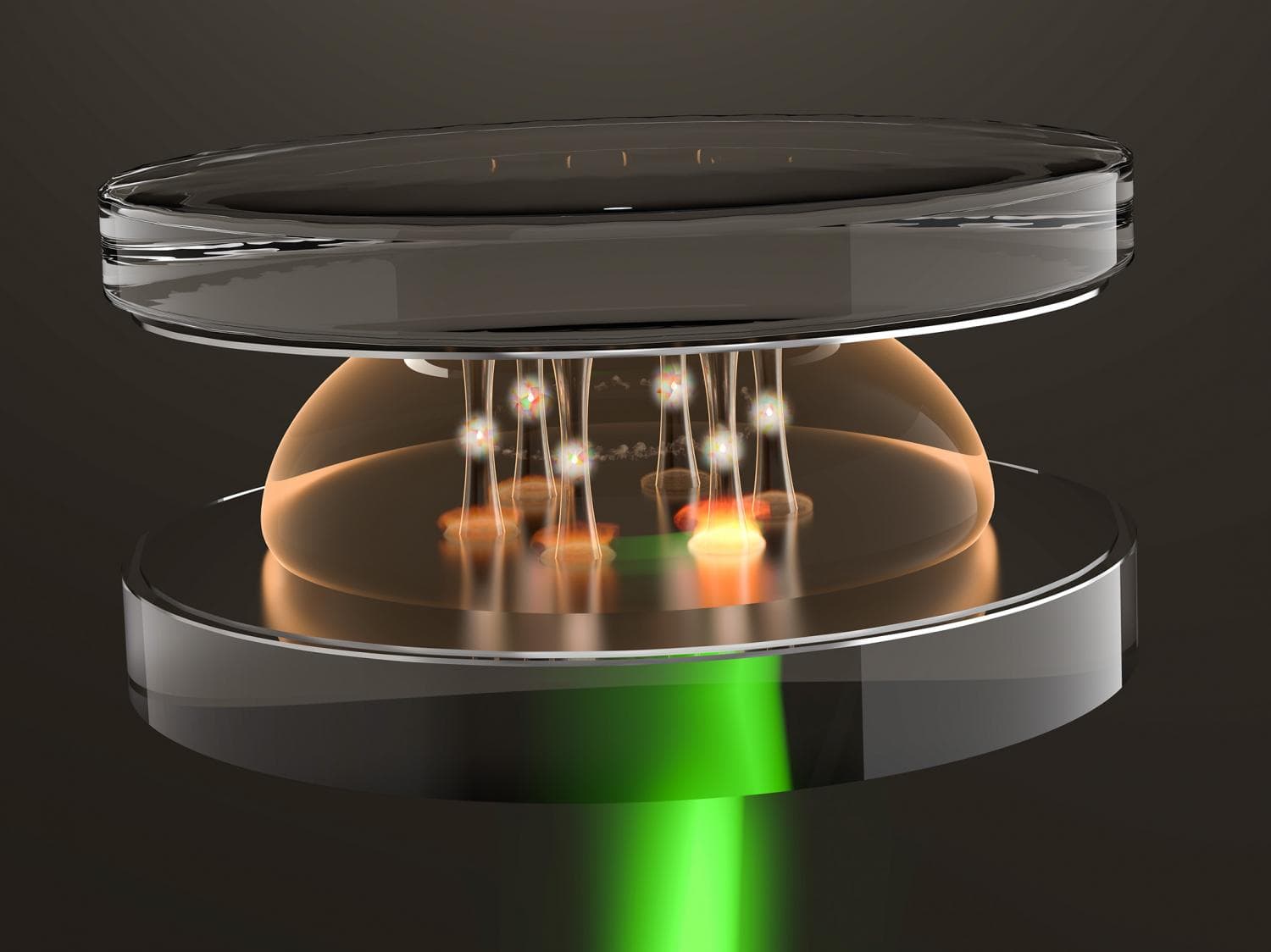 Five years ago, Martin Weitz and his team accomplished what other physicists had thought impossible: they created a photonic Bose-Einstein condensate, a completely new source of light.

A photonic Bose-Einstein condensate is when individual photons are collected together in a single location, cooled, and brought together to create what is known as a super-photon. Recently, Weitz — of the Institute of Applied Physics at Germany's University of Bonn — set out to conduct an experiment with a newly made one.

In this new experiment, Weitz and his team were able to create "wells" that allowed super-photons to flow from one well to the next, an achievement that could one day lead to much-anticipated quantum computing.

The team accomplished this task by bouncing a laser between two mirrors, moving the light through a pigment between the mirrors that cooled the light and turned it into a super-photon. Before introducing the laser light, a polymer was mixed in with the cooling pigment used to cool the light. Using this polymer allowed Weitz to influence the experiment's refractive index using heat; increasing the temperature would let longer light wavelengths travel back and forth between the two mirrors.

By inducing different temperature patterns, Weitz's team was able to induce a pseudo-warping effect in the polymer, creating "wells" at certain points that had a different refractive index than the polymer as a whole. The team then found that the super-photon would flow into the wells, just as a liquid might flow into a hollow space.

"The special thing is that we have built a kind of optical well in various forms, into which the Bose-Einstein condensate was able to flow," Weitz said in a press release. "With the help of various temperature patterns, we were able to create different optical dents."

Another Step Towards Quantum Circuits

Following the creation of the photonic Bose-Einstein condensate, Weitz team of researchers observed the behavior of two adjacent optical wells. By adjusting the temperatures of the polymer, the light in both wells came to have similar energy levels, thereby allowing the created super-photon to move from one to the other.

According to Weitz, this innovation could be the precursor for quantum circuits, which are expected to play a large role in the future of quantum computers and communication.

The work done by Weitz and his group could also lead to better developed lasers, such as ones used for welding or drilling.

Computing applications of this technology aren't expected for quite a while, but some believe the first true quantum computers may debut as early as next year. It was only in July that two Swedish PhD students broke a quantum computing record, nudging use slightly closer to such a reality.

It's currently a race to see who gets us to that point first, but it's only a matter of time before we figure out how to create the right machines capable of handling quantum circuits. When we do, whole new aspects of our universe may become open to us, as our computer systems inevitably become faster and more powerful.