One, Two
May 15 by Lonnie Lee Hood
One, Two
/Future Society

Physicists Say There May Be Another Reality Right Beyond This One

"It's almost suspicious that it works so well." 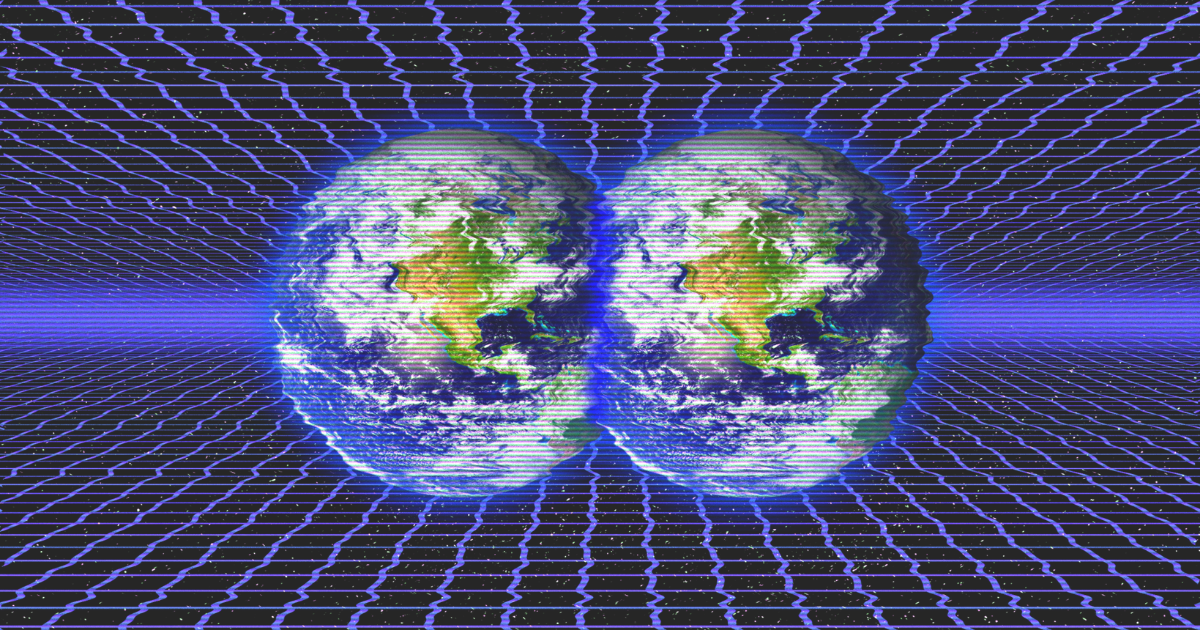 For those of us worried the world somehow got trapped in the wrong timeline, relax — scientists are now saying there might actually be two realities.

Two researchers from the University of Maryland released their findings in a study earlier this month in the journal Physical Review Research. According to a university press release, though, a second reality isn't exactly what they set out to find. While studying layers of graphene, made with hexagons of carbon, the found repeating patterns that changed the way electricity moves.

Based on their research, the pair think they accidentally found a clue that could explain some of our current reality's mysteries. According to the university's media arm, they realized that experiments on the electrical properties of stacked sheets of graphene produced results that looked like little universes and that the underlying causes could apply to other areas of physics. In stacks of graphene, electricity changes behavior when two sheets interact, so the two hypothesize that unique physics could similarly emerge from interacting layers elsewhere—perhaps across the entire universe.

"In a sense, it's almost suspicious that it works so well by naturally ‘predicting’ fundamental features of our universe such as inflation," study co-author Victor Galitski said in a statement.

It's not uncommon for physicists to question the way our universe works. Even the best-established theory can be called into question and should be if we hope to better understand the world we live in — as well as potential ones we haven't been to yet.

"We haven't explored all the effects — that's a hard thing to do," co-author Alireza Parhizkar said in the university release.

Parhizkar also said that the findings could solve many outstanding questions scientists have about conflicting or confusing laws of physics.

No word yet on how we get to the proverbial other side, though.

Read This Next
Futurism
A Team of Scientists Just Made Food From Electricity — and it Could be the Solution to World Hunger
Futurism
MIT Professor Gives A Dire Warning to the U.S. About Funding Science
Futurism
See How Congress' Proposed Budget Will Affect the Future of Science Research
Futurism
Data From 14 Million Papers Is Now Available for Free
Futurism
An Interview with the White House: The Future of 5G Internet and What It Means for You
More on Future Society
Doomsday Prep
9:01 PM on the byte
Elon Musk Sells Almost $7 Billion In Tesla Shares For Twitter Deal
Google Gone Offline
1:30 PM on the byte
Mysterious Explosion At Google Injures Workers Hours Before Major Outage
Things That Happe...
Monday on the byte
Dirtbag Behind Homeless Man GoFundMe Scam Sentenced to Prison
READ MORE STORIES ABOUT / Future Society
Keep up.
Subscribe to our daily newsletter to keep in touch with the subjects shaping our future.
+Social+Newsletter
TopicsAbout UsContact Us
Copyright ©, Camden Media Inc All Rights Reserved. See our User Agreement, Privacy Policy and Data Use Policy. The material on this site may not be reproduced, distributed, transmitted, cached or otherwise used, except with prior written permission of Futurism. Fonts by Typekit and Monotype.