"All the raw materials are available from the air." 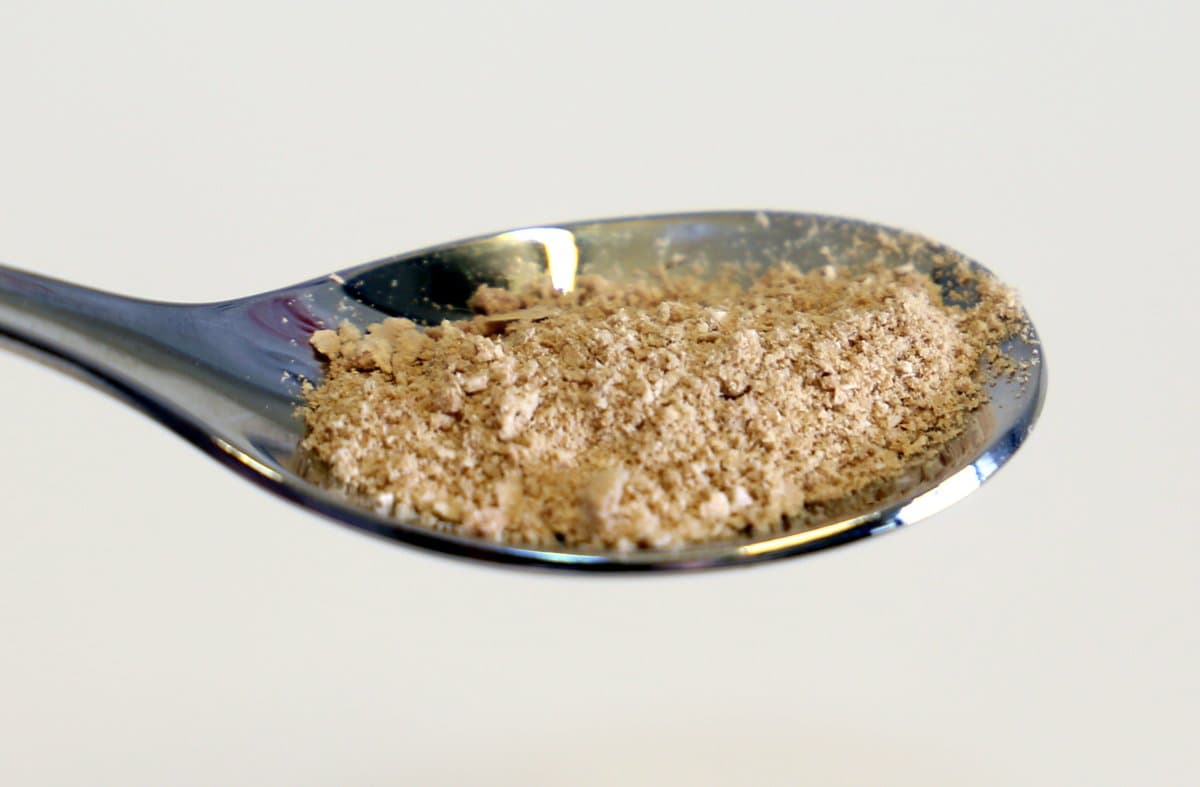 Finnish researchers have created a batch of single-cell protein that is nutritious enough to serve for dinner using a system powered by renewable energy. The entire process requires only electricity, water, carbon dioxide, and microbes. The synthetic food was created as part of the Food From Electricity project, which is a collaboration between Lappeenranta University of Technology (LUT) and the VTT Technical Research Centre of Finland.

After exposing the raw materials to electrolysis in a bioreactor, the process forms a powder that consists of more than 50 percent protein and 25 percent carbohydrates — the texture can also be changed by altering the microbes used in the production.

The next stage, according to Juha-Pekka Pitkänen, principal scientist at VTT, is to optimize the system because, currently, a bioreactor the size of a coffee cup takes around two weeks to produce one gram of the protein. Pitkänen said in a LUT press release, "We are currently focusing on developing the technology: reactor concepts, technology, improving efficiency, and controlling the process."

He predicted that it would take about a decade before a more efficient incarnation of the system would be widely available — "Maybe 10 years is a realistic timeframe for reaching commercial capacity, in terms of the necessary legislation and process technology."

A World Without Hunger

The potential impact of food produced using electricity and other widely available raw materials is enormous. Currently, there are two main ways that it could be used.

First, as a means of feeding starving people and providing a source of food in areas that are not suited to agricultural production. Pitkänen said that, in the future, "the technology can be transported to, for instance, deserts and other areas facing famine," providing a source of cheap and nutritious food to those who need it most.

The machine also works independently of environmental factors, meaning that it could feed people consistently — Jero Ahola, a Professor at LUT, said in the press release that it "does not require a location with the conditions for agriculture, such as the right temperature, humidity or a certain soil type."

Second, as a means of decreasing global emissions by reducing the demand for food livestock and the crops necessary to feed them. Currently, the meat industry accounts for between 14 and 18 percent of global emissions of greenhouse gases, as well as taking up swarths of land that could be applied for other ends.

The food from electricity project could decrease the amount of unsustainable farming needed to fill our bellies as it provides us with a smaller, cheaper, and renewable method of getting our nutrients. Other solutions to this problem include lab-grown meat or turning to insect farming, which produces less waste and requires less energy.

Read This Next
One, Two
Physicists Say There May Be Another Reality Right Beyond This One
Bad Faith
Elon Musk's World Hunger Tweet Is Taking the UN Wildly Out of Context
Brands We Love
This Self-Watering Indoor Garden Makes It Easier Than Ever to Grow Fruits and Veggies
Brands We Love
Stuck Inside? The Future of Grocery Shopping is Meal Delivery Services
Brands We Love
Water Is Important, but What Your Body Really Needs Is Proper Hydration
More on Future Society
Gas Giant
5:25 PM on the byte
Journalist Eats Lab-Grown Chicken, Gets "Weirdly Gassy"
Musk Rats
Yesterday on the byte
Twitter Is Quietly Re-Suspending the Lunatics Elon Musk Let Back On
Going Wireless
Wednesday on futurism
Hackers Took Over a Subdomain of Wired.com for Several Months and Replaced It With Sleazy Online Casino Content
READ MORE STORIES ABOUT / Future Society
Keep up.
Subscribe to our daily newsletter to keep in touch with the subjects shaping our future.
+Social+Newsletter
TopicsAbout UsContact Us
Copyright ©, Camden Media Inc All Rights Reserved. See our User Agreement, Privacy Policy and Data Use Policy. The material on this site may not be reproduced, distributed, transmitted, cached or otherwise used, except with prior written permission of Futurism. Articles may contain affiliate links which enable us to share in the revenue of any purchases made.
Fonts by Typekit and Monotype.