Study Finds That Going Meatless Could Save the Environment

Eating insects could make more of an impact than not using car.

Taking a Bite Out of Emissions

In the first study of its kind, the U.K.’s Global Food Security Programme and the European Union’s Seventh Framework Programme have found that swapping beef for insects or chicken could have huge benefits for the environment in two ways. First, by decreasing the amount of greenhouse gasses produced, and second, by freeing up millions of acres of land.

Gidon Eshel at Bard College in New York told the Guardian in 2014 that giving up beef will have a greater impact on the environment than giving up cars. Eating more insects or other imitation meat would also free up 4,150 million acres of land — a distance roughly equivalent to 70 times the size of the U.K. 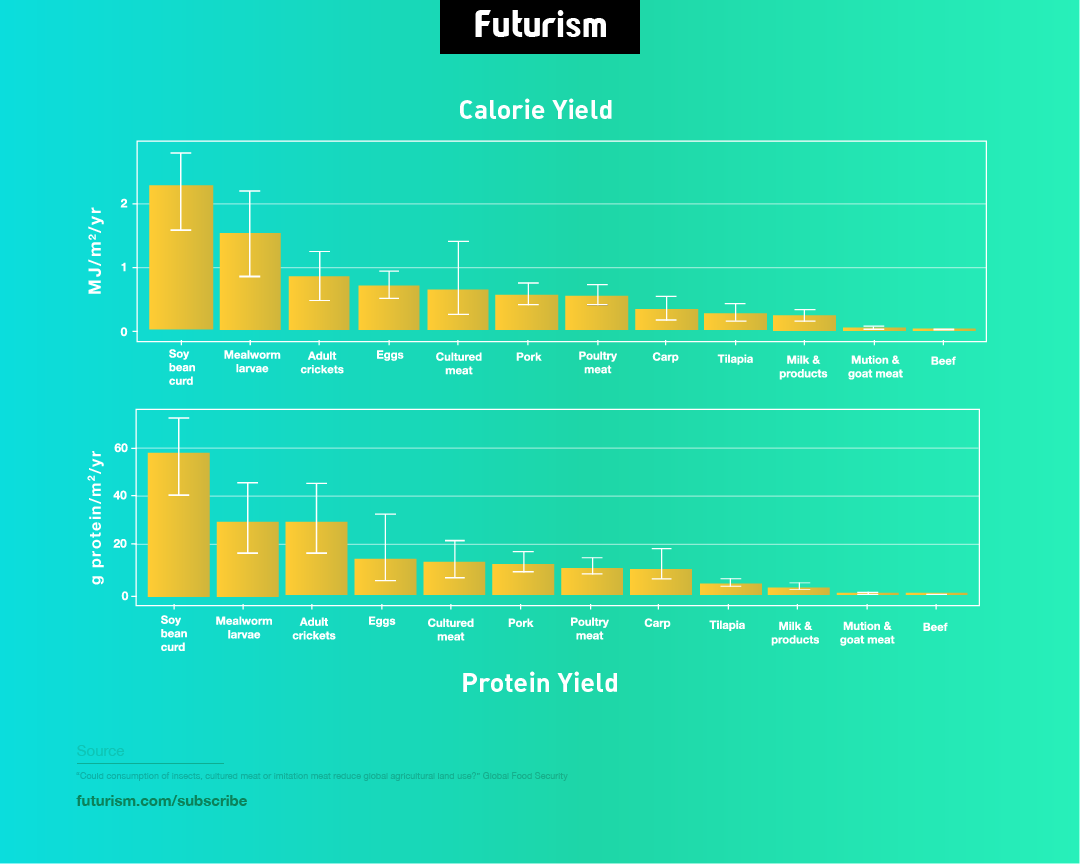 Lead researcher Peter Alexander from the University of Edinburgh’s School of GeoSciences said in an interview for a press release, “A mix of small changes in consumer behavior, such as replacing beef with chicken, reducing food waste and potentially introducing insects more commonly into diets, would help achieve land savings and a more sustainable food system.”

The study was recently published in Global Food Security.

People for the Ethical Treatment of Animals (PETA), state that meat production is responsible for 51 percent of global greenhouse gas emissions. Because of this staggering statistic, scientists are working to find more sustainable forms of food production.

For example, researchers recently made an meatless burger for more carnivorous people that actually “bleeds.” There is also rising interest in replacing some of our inefficient conventional farms with edible insect farms, which are recommended by this study. In fact, six of these farms are being considered for construction in the U.K. alone.

But all these developments are meaningless if people are not willing to change their eating habits. David turner,  a food and drinks analyst at Mintel, says that the biggest problem with food technologies is to overcome the “yuck” factor, but Fred McVittie, the founder of Cornish Edible Insects — one of the farms in England — told the Guardian, “most are fine about trying them once you speak to them.”