Positron Emission Topography and the Large Hadron Collider: What Science does for You 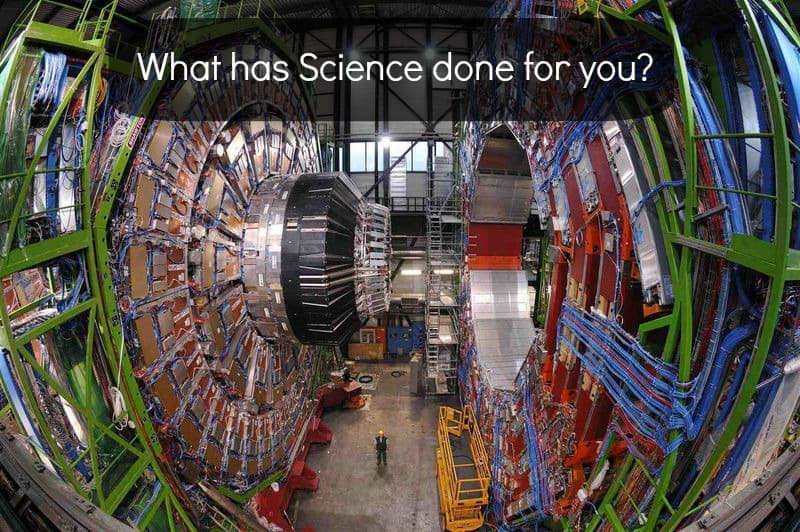 When most people think of the Large Hadron Collider (LHC) the first thing that pops into their head is probably the 2012 discovery of the Higgs Boson. This was a major discovery that offered a monumental contribution to our understanding of the standard model, but what else has the LHC accomplished? Has it done anything else that is notable? Looking at the popular science magazines,  it doesn't seem like it has--the LHC looks like a one-shot wonder. However, the LHC has done a lot more than discover the Higgs, but unlike NASA, which has a much higher profile and is frequently recognized for its contributions to society, its discoveries often get little to no press. Today, we'd like to rectify this oversight by focusing on the LHC's contributions to the PET Scan.

One of the major accomplishments is the PET Scan (Positron Emission Topography), yes it is as awesome as it sounds! A PET scan is a nuclear medical imaging technique that produces a three-dimensional image (a picture) of functional processes in the body. PET scans can be used to diagnose a health conditions, as well as measure how an existing condition or medical treatment is developing. The way that this works is all in the name, positron emission, and the LHC has a very interesting way of getting this. However, to understand how this works, we have to first look at where the positron comes from.

This journey starts off in a cyclotron where a distinct radio tracer is made (this is just a fancy name for a radioactive substance). The substance that is made is Fluoride-18, which is a radioactive isotope that (when breaking down to become stable) produces two gamma rays that are released in opposite directions. Having a radioactive substance is just the first piece of the puzzle, this isn't something that would be worth while just injecting into someone directly (obviously). The next stage is having the Fluoride-18 in a form that can be put into the body for some use. This is typically done with an injection of fluorodeoxyglucose, which sounds complicated, but is just a fluoride-18 attached to a standard glucose molecule. This particular type of injection is known as "FDG" and is primarily used for cancer detection as cancer needs sugar (glucose) to grow.

Now that we've been injected by fluorodeoxyglucose, our body does most of the work by transporting this tracer throughout the body, this is when the glucose becomes important. Glucose is what the body uses as energy, so the more energy that an organ uses the more that this glucose tracer is absorbed by the organ and the surrounding areas. As the glucose contains a radioactive element that emits radiation, a detector will pick up on these emission-- so the more of this glucose tracer that is absorbed, the more emissions will come from that area.

Now here is the important part: As cancer uses more energy than the surrounding tissue, cancer cells will show up on a scanner as the brighter parts of the image than the surrounding cells. This is what makes a PET scan so important in the medical industry, it is a very accurate way of getting an accurate image of the cancer and the surrounding tissue, and can also be used to check the growth of a cancer or to see how treatment has been progressing. Although it may sound quite bad--being injected with a radioactive substance that spontaneously emits two gamma rays at a time--it is actually very harmless. The amount of radiation that someone would get from an average PET scan is on the order of a couple of years of every day background radiation. In the grand scheme of thing,s it is a very small amount and nothing to be concerned about.

PET Scans are just one of the very important medical advancements that have come out of CERN and the Large Hadron Collider in recent years. Although Fluoride-18 wasn't discovered by LHC, it is important to note that this great machine has increased our knowledge of the positron emission that is used within the scanner. More importantly however, the advancements that have been made in the technology used by CERN and the LHC are what have made it possible for 3D images and the sensitivity that the PET Scans have.

So the next time you're wondering what CERN and the LHC have done for you, just remember that it's facilities like this that are helping to combat cancer--one of the most dangerous killers on the planet.