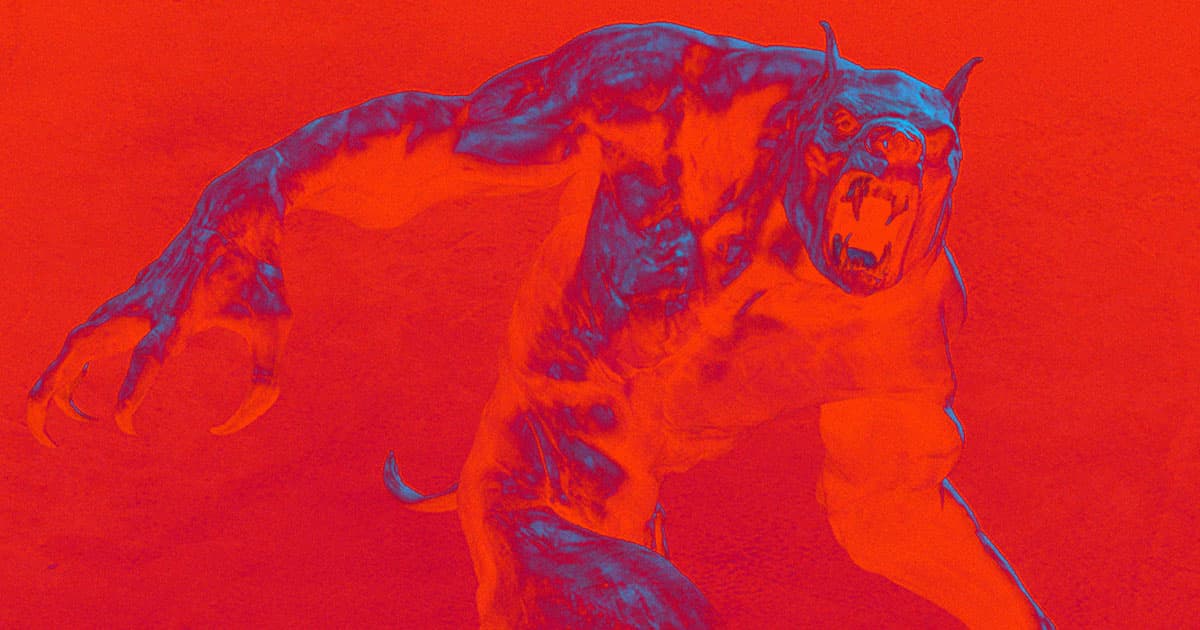 The Pentagon's investigations of UFOs are starting to sound more "X-Files" than anyone imagined.

A new Military.com report based on interviews with several former officials involved with those investigations highlights just how out there the military's interest in unidentified aerial phenomena (UAPs) — the rebranded term for UFOs — can be.

Though details about the military's dubious interest in supposedly otherworldly phenomena have drizzled out over the years, some of the new claims are so outlandish that they raise the question of exactly how our enormous military budget is being spent.

Take, for instance, the report's references to "the Nimitz incident," a touchpoint of sorts in the military's recent UAP declassifications. In 2004, Naval fighter jet pilots who had taken off from the USS Nimitz nuclear aircraft carrier encountered and recorded a strange object that has become known as "the Tic Tac" due to its oblong shape.

While much ink has been spilled about the Tic Tac, it wasn't public knowledge until this Military.com interview that the secretive Pentagon program commissioned a sailor to investigate the Nimitz incident — and that after the sailor went back home to Virginia, his wife and teen children say they witnessed a "wolf-like" creature that walked on two hind legs peering inside their house on two occasions.

If that sounds absolutely bonkers, of course you're not wrong. In fact, it sounds a bit like a specific episode of "The X-Files."

Needless to say, the overwhelmingly likely explanation is that the investigator's poor family imagined the whole thing or mistook some local wildlife for an otherworldly visitor. But the fact that the Pentagon is now in the business of investigating such colorful claims — and that former officials are spilling the beans about them — is eyebrow-raising, to say the least.

"You know what was on the internet at the time, it just sounded like advanced technology to me," Lacatski told Military.com. "I said, 'I'm interested. We need to do something about this if it's true.' And I spoke to my management, and it started from there."

The body of evidence about the military's interest in UFOs has been growing since officials began leaking documents to the press during the Trump administration. In December 2021, Congress approved defense spending that includes the establishment of a more public-facing UFO office. Nevertheless, the reporting has remained piecemeal and unconsolidated because, naturally, the military hasn't declassified all that much information.

With the new Pentagon office, which some enthusiasts laud and other critics loathe, there's some hope that the public may finally get more clarity on what the government actually knows about UFOs — and what kind of weird stuff it's studied to get there.

READ MORE: How Believers in the Paranormal Birthed the Pentagon’s New Hunt for UFOs [Military.com]

Read This Next
Okay Then
Millionaire Refurbishing Cold War Radar Unit to Hunt UFOs
Futurism
Former Official: UFO Report Actually Strengthens "Alien Hypothesis"
Alyums?
US Officials Say Gov Can't Rule Out Aliens Behind UFO Sightings
Obama
Barack Obama: "When It Comes to Aliens, There Are Things I Just Can’t Tell You on Air"
Look at That Thing
Navy Pilot Describes Bizzare "Tic Tac" UFO Encounter He Filmed
More on Future Society
Primate Theft
Yesterday on the byte
It Was a Very Bad Weekend for Monkeys Being Stolen From Zoos, Apparently
Ring The Alarm
Yesterday on the byte
Whistleblower Claims Facebook Can Secretly Drain Your Phone's Battery on Purpose
I Silence Thee
Jan 28 on futurism
Leaked Messages Seem to Show Elon Musk Using Twitter to Punish His Enemies
READ MORE STORIES ABOUT / Future Society
Keep up.
Subscribe to our daily newsletter to keep in touch with the subjects shaping our future.
+Social+Newsletter
TopicsAbout UsContact Us
Copyright ©, Camden Media Inc All Rights Reserved. See our User Agreement, Privacy Policy and Data Use Policy. The material on this site may not be reproduced, distributed, transmitted, cached or otherwise used, except with prior written permission of Futurism. Articles may contain affiliate links which enable us to share in the revenue of any purchases made.
Fonts by Typekit and Monotype.