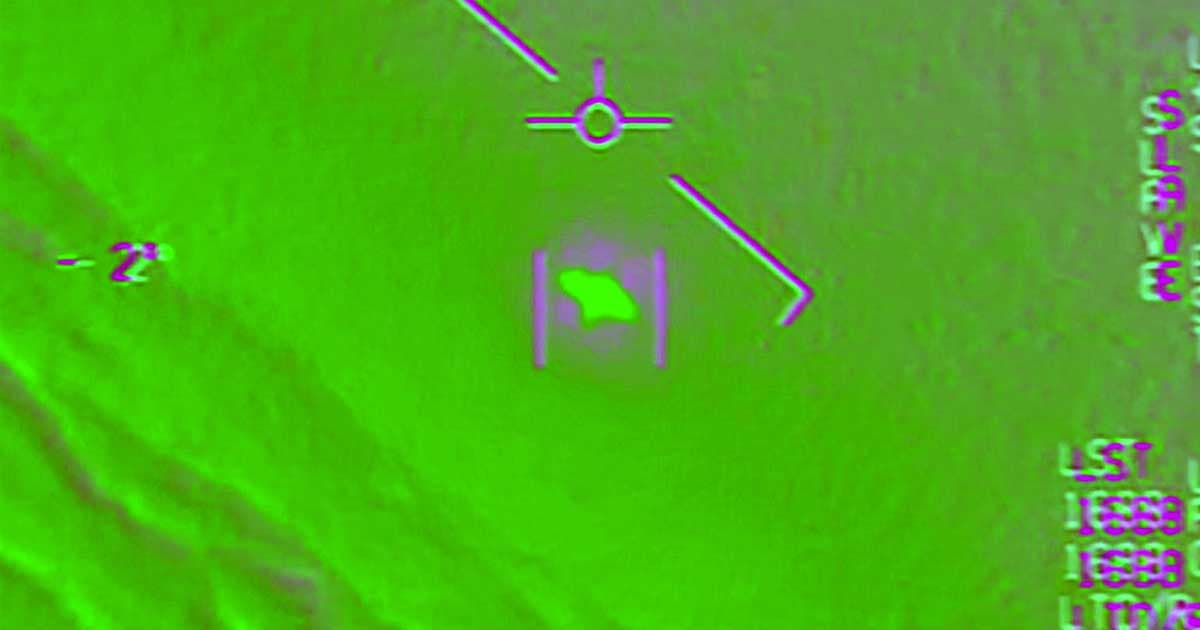 They say mysterious men landed in a helicopter and confiscated the footage.

They say mysterious men landed in a helicopter and confiscated the footage.

In September, the United States Navy confirmed the authenticity of footage of its fighter pilots encountering an "unidentified aerial phenomenon" in 2004.

Now, several men who witnessed the strange event while serving in the Navy have come forward to speak to Popular Mechanics about the experience — including what happened just after the sighting.

Gary Voorhis and Patrick "PJ" Hughes were stationed aboard the USS Princeton and the USS Nimitz, respectively, at the time of the 2004 UFO encounter. Both told PopMech they saw men they didn't recognized arrive on their ships and take away drives containing the footage soon after it was recorded.

"These two guys show up on a helicopter, which wasn’t uncommon," Voorhis told PopMech, "but shortly after they arrived, maybe 20 minutes, I was told by my chain of command to turn over all the data recordings for the AEGIS system."

"They were not on the ship earlier, and I didn’t see them come on," Hughes said of his encounter, adding, "We put [the hard drives] in the bags, [my commanding officer] took them, then he and the two anonymous officers left."

Perhaps even more intriguing than what happened with the hard drives is what could be on them — several witnesses told PopMech they believe there's footage that's even more impressive that what's already been released.

"I definitely saw video that was roughly 8 to 10 minutes long and a lot more clear," Voorhis said — so perhaps we'll get a better look at the Navy's strange UFO encounter in the future.

Falcon 9 Launch Lights up the Sky in a Stunning Display
12. 23. 17
Read More
Pizza Personnel
Domino's Buying Hundreds and Hundreds of Electric Delivery Vehicles
Wednesday
Read More
Another One
Coinbase May Be in Real Serious Trouble Now
Wednesday
Read More
+Social+Newsletter
TopicsAbout UsContact Us
Copyright ©, Camden Media Inc All Rights Reserved. See our User Agreement, Privacy Policy and Data Use Policy. The material on this site may not be reproduced, distributed, transmitted, cached or otherwise used, except with prior written permission of Futurism. Articles may contain affiliate links which enable us to share in the revenue of any purchases made.
Fonts by Typekit and Monotype.