Peak of the Perseid Meteor Shower: Here's How to Watch 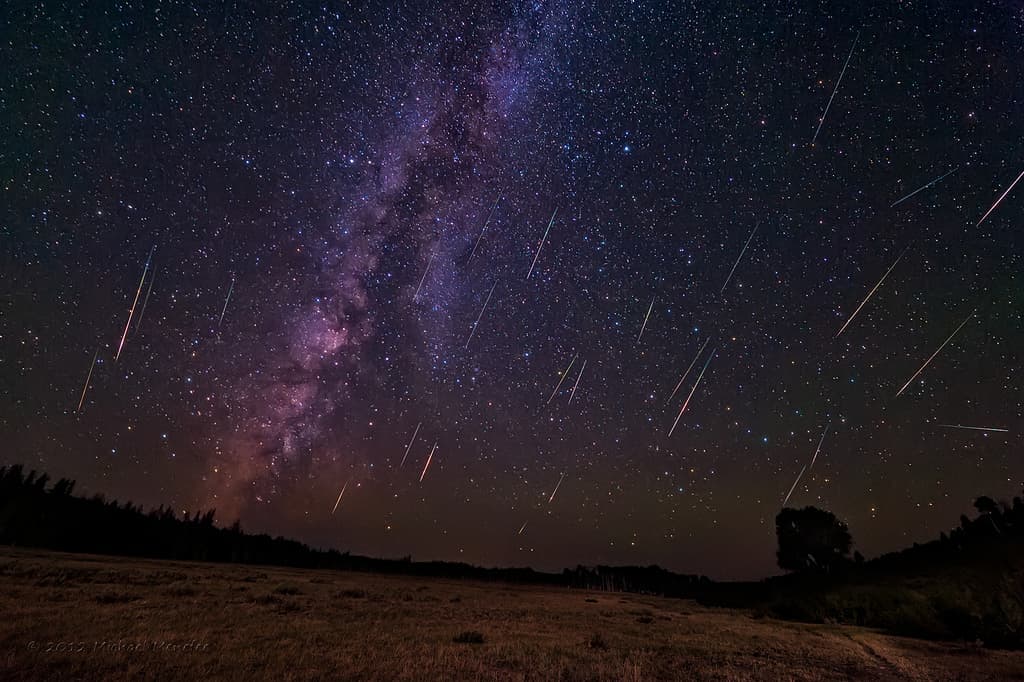 Here we go again. The Perseid meteor shower is about to peak. The shower will be at its best around 4 a.m. EST on August 13th.

And best of all, the Moon won't be getting in the way. When a meteor shower happens, the last thing that you want to see is the Moon. This is because the Moon acts the exact same way that light pollution does on Earth; it drowns out the "falling stars," blotting them from view.

Late year, the event occurred during a Supermoon. This means that the full moon coincides with the Moon being slightly closer to us as it travels along its elliptical orbit around the Earth. It sounds awesome, but it actually doesn't look much different from a regular full moon. But in any case, this full moon made is rather difficult to capture good images of (and even see) the meteor shower.

But no such obstacle will exist this year.

Historically, the Perseid meteor shower is one of the brightest and most consistent meteor showers we see. They appear to come from the direction of the Perseus constellation, which the meteor shower is named after, and they come when Earth passes through the trail of debris left behind by the comet Swift-Tuttle.

During the shower's peak, stargazers can expect to see 60 to 100 meteors per hour blast into Earth's atmosphere going about 130,000 mph (209,000 kmh). And interestingly, most of these meteors are amazingly small. Most particles are about the size of a small rock or beach sand, and they weigh just about 1-2 grams (roughly the same as a paperclip).

Where When, and How to View

The Perseids is best viewed by folks North of the Equator (sorry southerners), but some of the higher southern latitudes might be able to catch a few falling stars. The shower will be visible in the northeastern part of the sky, near zenith (which is the point directly above you). If you lay down and hang out, you should see them without any trouble.

The Perseids is best viewed in the middle of the night, as this is the time when the sky is the darkest. So, how do you view?

- Getting away from the City The farther you can get from the light pollution the better. That said, the Perseids are visible from within a city, they just won't be as spectacular.

- You don't need any special equipment, just your naked eye.

- A blanket or comfortable chair (that allows you to stare at the sky) is a huge bonus. Nothing will ruin a meteor shower like your neck cramping up from looking directly overhead the entire night.

- Somebody to share it with. In astronomy, you are usually playing a waiting game with nature. Having someone along can help pass time, and an extra pair of eyes helps with scanning the sky so you don't miss anything.