How Paper-Cutting Was Used to Make Lightweight, Sun-tracking Solar Cells 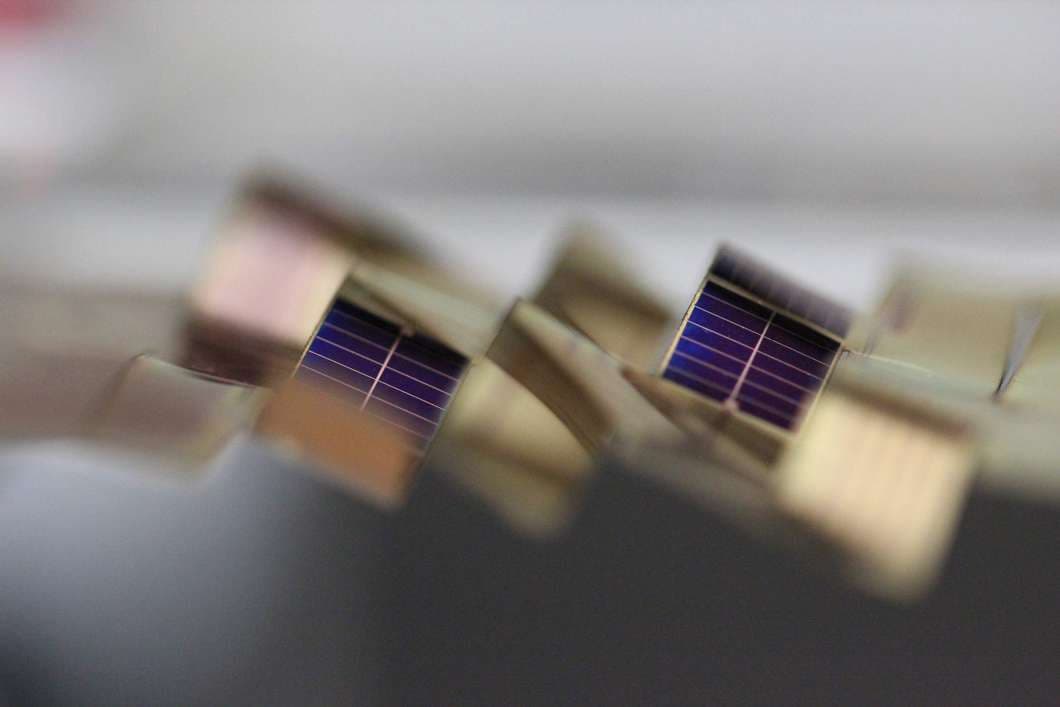 Science and art are sometimes seen as two very different worlds; science as cold and ruled by logic, and art as dictated more by the heart than the head.

But, there are times when the two intersect to prove that science and art in fact contain, and sometimes depend, on one another. For example, think of da Vinci’s detailed drawings of his inventions, the sleek, appealing lines of a car or plane designed with aerodynamics in mind, or the precise engineering that built the hauntingly beautiful pyramids of Egypt.

Now, a group of scientists has looked to kirigami, the ancient and fine art of Japanese paper cutting, to design a more efficient solar cell that could mean a big step forward for clean energy.

The research team, led by Aaron Lamoureux, a doctoral student in the field of materials science and engineering at the University of Michigan (U-M), collaborated with Matthew Shlian, a paper artist at the U-M School of Art and Design, to design innovative new solar cells that track the sun as it moves through the sky. Because they are always directly facing the sun, solar panels that have this mobility capture more sunlight than stationary models and can produce up to 40 percent more energy than stationary arrays.

Although sun tracking solar panels already exist, they require that the entire panel be tilted, meaning heavy, cumbersome, and costly mechanical parts which are unsuitable for installation on the average roof – most of the time they have to be installed on the ground instead, and not everyone has the space for a solar array in their backyard. Essentially, sun tracking cells are not an option for most homeowners looking to switch to solar power.

The design created by Lamoureax and Shlian offers a solution to this dilemma; instead of moving the entire panel, the solar cells within it move to track the sun.

Using paper, Shlian instructed Lamoureaux and his team on how to create a specific kirigami pattern, essentially columns of dashed cuts, that allows segments of the material to spread out and tilt when stretched. Lamoureaux then used a carbon dioxide laser to cut the pattern into Kapton, a special kind of space-grade plastic. The team found that by stretching the Kapton, they could control the tilt of the material to within about one degree of accuracy. The team's simulations have shown that the kirigami cells are, overall, as effective as traditional sun tracking arrays; the panels were 36 percent more effective than stationary models.

"The beauty of our design is, from the standpoint of the person who's putting this panel up, nothing would really change," said Max Shtein, an associate professor who is part of the research team. "But inside, it would be doing something remarkable on a tiny scale: the solar cell would split into tiny segments that would follow the position of the sun in unison."

Although this new design is promising, the team is still working on manufacturing their first protoype. When Kyusang Lee, a doctoral student involved in the project, and Lamoureaux attempted to make the solar panels in a U-M lab, they found that the ideal kirigami design would end up being to long to fit in the chambers that could be used to make prototypes. Currently, they are looking for somewhere else to complete the panels.

Despite this small hiccup, the researchers are optimistic about their design, as well as what it could mean for the future of solar energy.

"We think it has significant potential, and we're actively pursuing realistic applications," said Shtein. "It could ultimately reduce the cost of solar electricity."