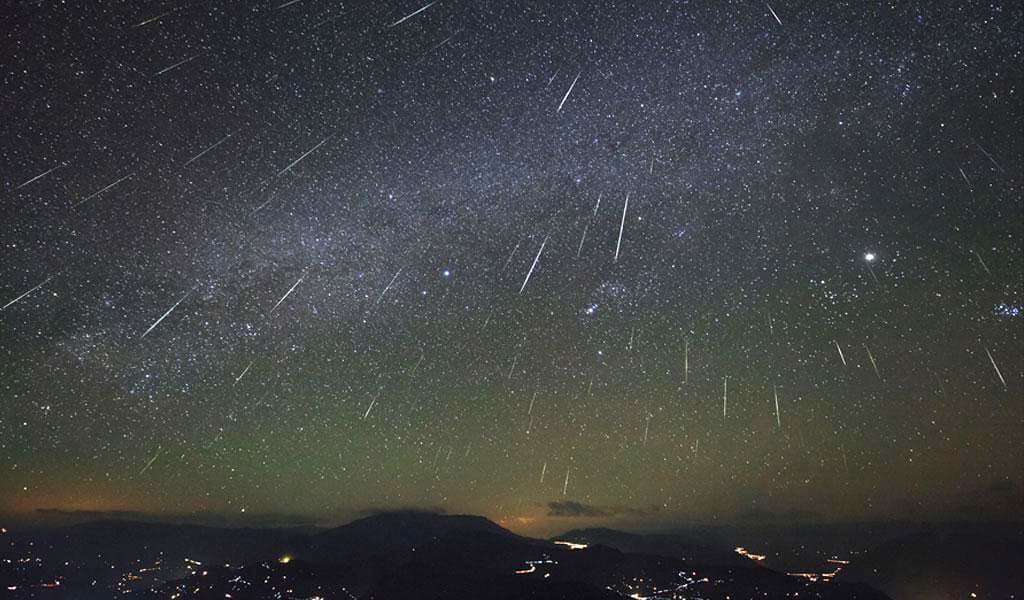 The night sky will be spectacular this week. On Tuesday (October 21) and Wednesday (October 22,) the Orionid meteor shower will be dancing across the sky.  The best time to watch the show will be at dawn, or just before sunrise, on the morning of the 21st (so plan on getting up early). To see this spectacular event, you should head outside one to two hours before sunrise, when the sky is dark and the constellation Orion is high overhead.

The name of this event, like all meteor showers, comes from the location that the meteors come from. Because these meteors streak out of the constellation Orion, astronomers call them "Orionids."

"We expect to see about 20 meteors per hour when the shower peaks on Tuesday morning, Oct 21st," says Bill Cooke, the head of NASA's Meteoroid Environment Office.  "With no Moon to spoil the show, observing conditions should be ideal. The Orionid meteor shower is not the strongest, but it is one of the most beautiful showers of the year," he adds. Every year around this time (in mid-to-late October), our planet  passes through a stream of dusty debris from Halley's comet. Ultimately, this comet's passing is what causes the meteors to plummet into our planet.

"Be prepared for speed," Cooke adds.  "Meteoroids from Halley’s Comet strike Earth's atmosphere traveling 148,000 mph.  Only the November Leonids are faster." Speed is important because fast meteors have a tendency to explode.  Occasionally, Orionid fireballs will leave incandescent streams of debris in their wake that linger for minutes. A live broadcast of the Orionid meteor shower will also be available via Ustream beginning October 20, at 10 p.m. EDT. Watch it in the video below.