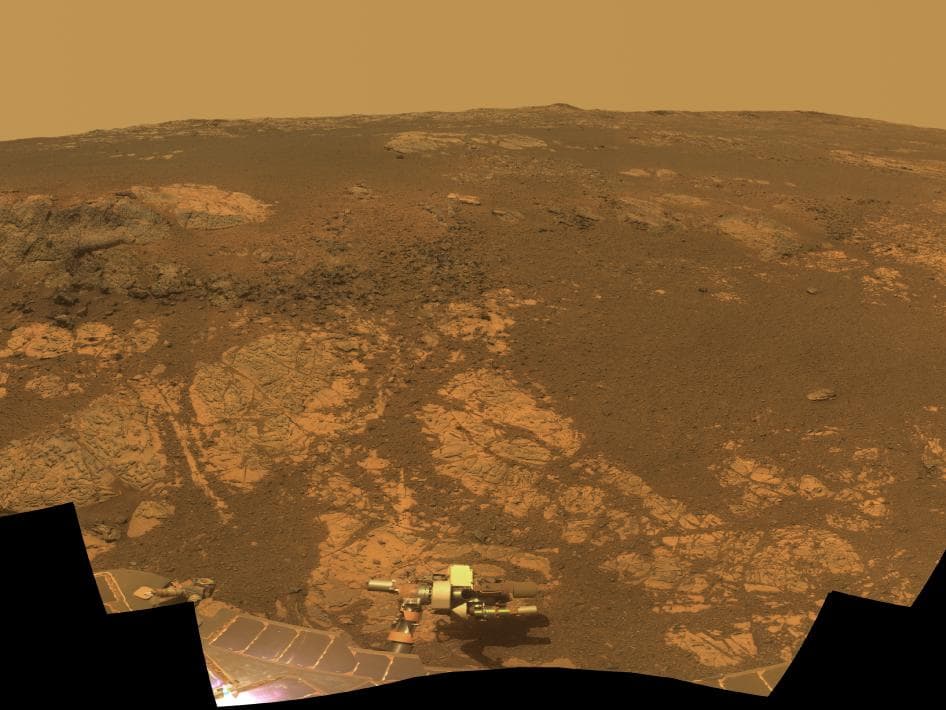 With all of the well-earned press covering NASA’s Curiosity rover, it’s easy to forget that the Opportunity rover made it through 10 years of operations. In 2009, the Spirit and Opportunity rovers crashed into the Martian surface using airbags to protect the rovers—almost as cool as a sky-crane, wouldn’t you say? Opportunity’s mission was only supposed to last 3 months, and she was only supposed to travel about 2,000 feet. Since landing in the region of the Red Planet known as Meridiani Planum, within the Eagle Crater, Opportunity has met and exceeded expectations. As of February 26, 2014, the rover is still in operation, and has driven more than 24 miles (over 37 km).

This means Opportunity’s mission has lasted 39 times longer than originally planned and she’s driven 63 times further (also remember that Opportunity must hibernate during the Martian winter). Scientists have driven this awesome robot to other craters within Meridiani Planum, each one a little deeper than the last. Feats of engineering aside, Opportunity has managed to conduct a ton of science on the Martian surface, and she continues to better our understanding of the history of our neighboring planet.

Most recently, Opportunity has been investigating the Endeavour crater, specifically Matijevic Hill. Here, Opportunity has been conducting analyses that point to the possibility of a wetter and less acidic environment in Mars’ past. Pictured here is a panoramic view of the hill taken between November 19 and December 3, 2012. The image is taken in ‘natural color’, which is Opportunity’s best approximation of what a human could expect to see should one be present at the scene.

You can find mission updates dating as far back as Opportunity's launch on NASA's Jet Propulsion Laboratory site here.