One of the Farthest Galaxies from Earth 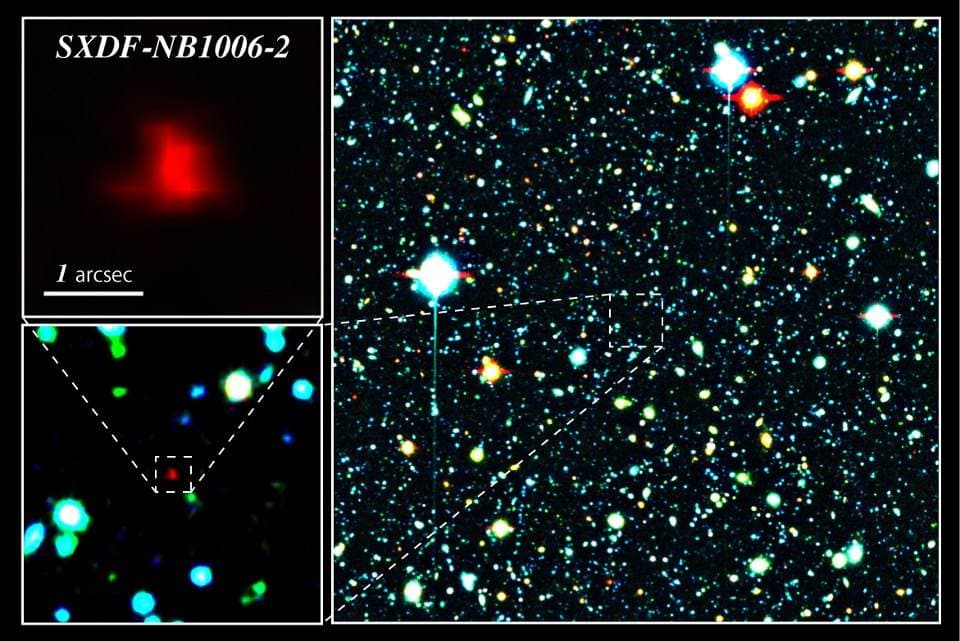 In the world of astronomy, time travel is an everyday thing. No, these scientists don’t hop into their Deloreans and cruise off at 88 miles an hour, but instead, when we observe an object 100 light years away, we are seeing that object as it was 100 years ago. When you start looking further and further into the universe this gets very exciting.

This galaxy was discovered by the Subaru telescope and Keck observatory as part of a mission to peer into the early universe. In this mission they found nearly 59,000 objects, so whereas SXDF-NB1006-2 might currently be the furthest known galaxy, in the days to come, that record might be shattered.

Hopefully, with the ability to observe and study some of the universes earliest objects, we can figure out what happened at the dawn of the cosmos.