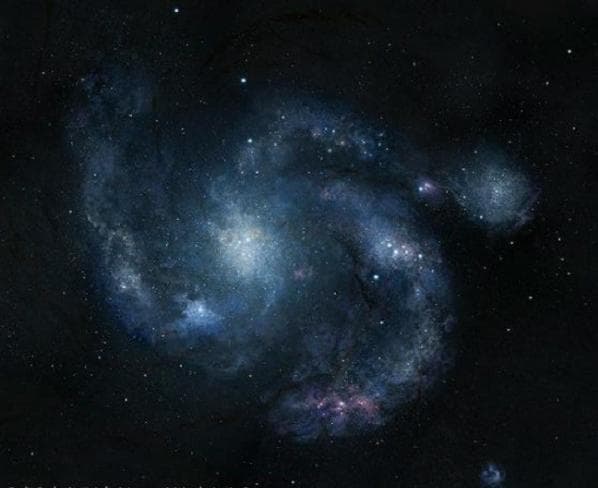 BX442 has a structure that is quite remarkable for its age, which is estimated to 10.7 billion years. This is shocking, as structures this defined weren't thought exist so early on in the universe. The objects in the universe around this period would have been quite clumpy and pretty messed up. But somehow, out of the early chaos of the cosmos, BX442 managed to pull itself together. It almost resembles the Milky Way!

The light from BX442 has taken 10.7 billion years to reach us, so we are seeing how it looks just 3 billion years after the Big Bang. There would have been more galactic collisions in the early universe, which tend to appear more hazy and deconstructed (a lot like elliptical galaxies). But BX442 seems relatively unscathed in comparison to the haphazard collisions that surround it. Observations show that there is a companion dwarf galaxy residing near BX442. The interaction between the pair is what is thought to be giving the ancient galaxy its spiral arms. Eventually, the two galaxies will merge.

Having an insight into such an early structure of a spiral galaxy will help us learn more about how spiral and barred spiral galaxies like the Milky Way came to be.