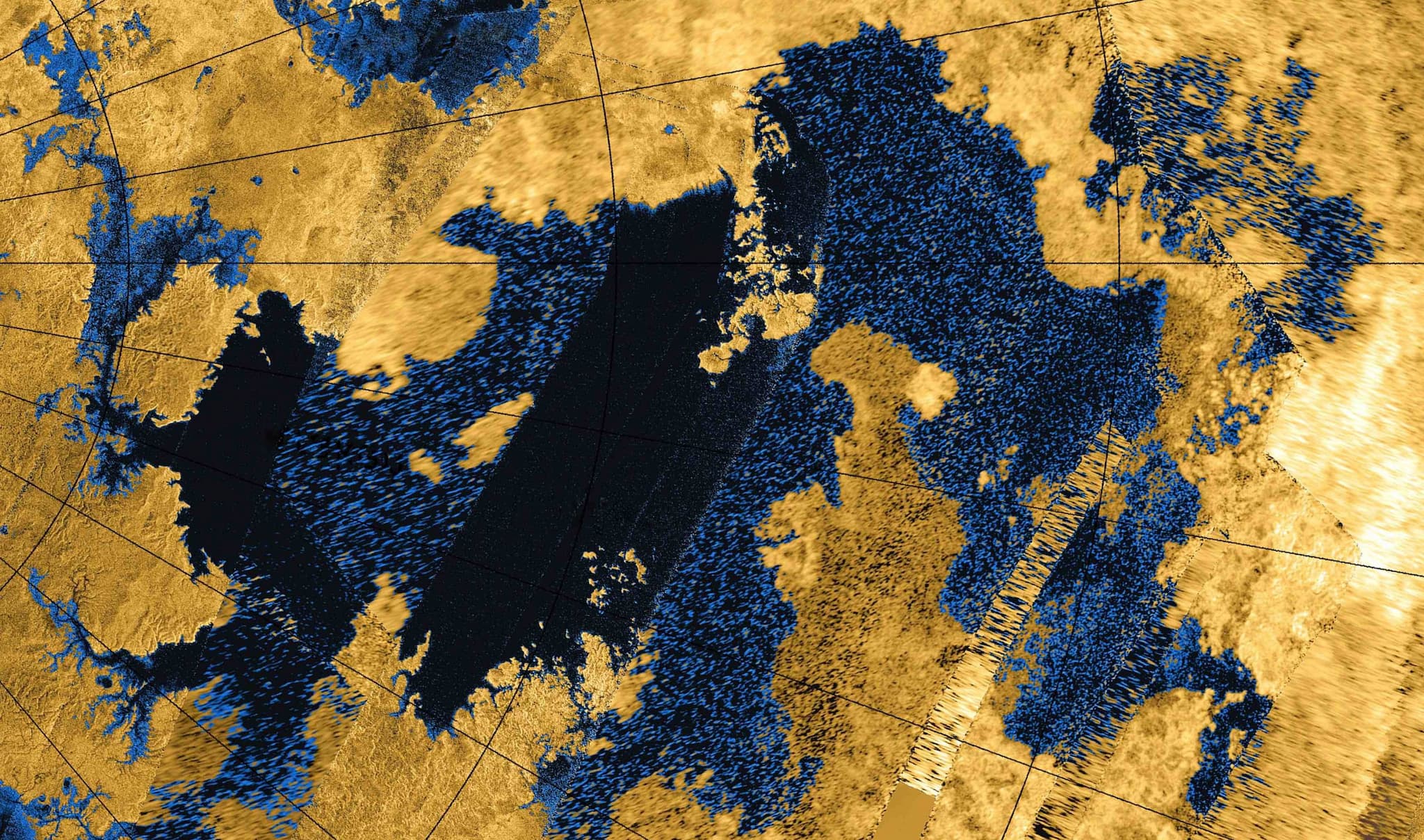 It took a thousand years of seafaring on Earth before humanity got around to seriously considering building nuclear submarines to explore the depths of our oceans, but NASA is planning to skip right ahead when it comes to sailing the methane seas of Titan. A group from the agency’s Glenn Research Center in Columbus, Ohio, has already developed a practical design for a nuclear-powered robotic submersible intended to plunge into the depths of the Kraken Mare, the largest known body of liquid on the surface of Saturn’s largest moon.

Unlike Earth’s oceans, the seas of Titan are believed to consist of hydrocarbons, mainly liquid methane. Titan has many such seas and lakes, but Kraken Mare, near the north pole, is the largest so far detected. It was spotted in 2007 by the Cassini probe mission and named after the sea monster of yore.

The monsters of Titan may be slightly stranger than anything that the ancient mariners of earth dreamed up, however. The oceans there amount to something very similar to liquefied natural gas. The potential density range of the liquid is much larger than is encountered in water on earth and represents a design challenge for a craft, which will have to be shot by rocket more than a billion kilometers away from the nearest machine shop.

The proposal  calls for a 1-ton vehicle with a radioisotope Stirling generator, sidescan sonar, seafloor camera and seafloor sampling system, along with a novel dorsal fin designed to accommodate a phased array antenna for communication directly to Earth. The oversized antenna structure is designed to reduce mission cost and complexity by eliminating the inclusion of an orbital relay satellite.

Although fairly conventional propulsors are specified, the team expresses uncertainty about cavitation problems introduced by the liquid medium in which the sub will travel: the methane is close to a local boiling point and waste heat and agitation could create disruptions, which could make it difficult to obtain accurate sonar data for navigation and exploration purposes.

Cognizant at every turn of the cost of the mission, the design makes use of existing technology at every turn. The submersible is designed to fit within a modified Air Force X-37 lifting body, which would deliver it to a relatively gentle landing from orbit.

Mission length is also designed to return a good bang for the buck, clocking in at around 90 days, during which time the sub would be expected to travel around 2000 kilometers. The distance would cover a large portion of the shoreline of the northern arm of the Kraken Mare.

Kraken Mare’s depth is unknown but scientists are excited at the prospects for exploration. According to the paper describing the submarine, researchers expect that much can be learned about the chemistry and climate history of the region from the shoreline morphology and deposits detected by the Cassini probe.

The sub design is due for unveiling at the 46th Lunar and Planetary Science Conference this March, according to this article in Perfect Science. The mission would take place in 2040.