Can we handle it? 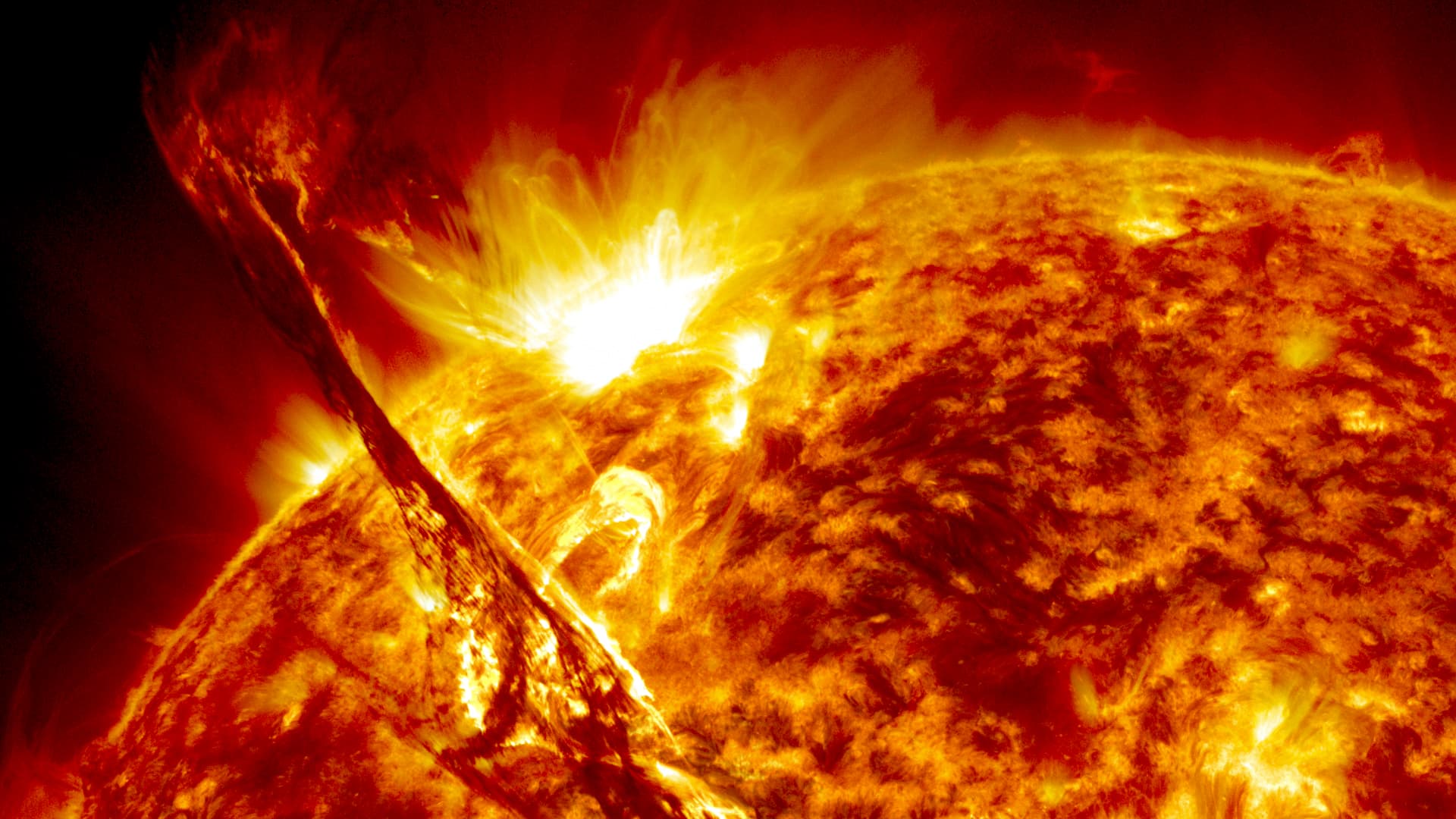 In 1977, New York went dark in what many have called the most severe blackout in American history. Panic ensued, shop owners torched their own buildings for insurance profits, and there were two days of absolute confusion and bedlam. While the experience might have better prepared the country for this type of disaster, if the same type of event were to happen in our current advanced technological age, the effects could be even more widespread.

A blackout of this nature has the possibility to happen on a global scale because of the chance of a massive solar storm. Large solar flares and solar storms have the potential to interfere with Earth's geomagnetic field. This has happened before, and when it does, our technology could be affected. Solar flares can create issues as simple as small inaccuracies in GPS, which creates massive issues not just with personal navigation, but with aviation and precisely tuned clocks.

While this presents a wide array of potential difficulties and disasters, a coronal mass ejection (CME) would be more serious. A much larger burst, CMEs can shoot particles into Earth's atmosphere and create electromagnetic fluctuations. This can create fluctuations and disturbances on the ground, which could be strong enough to destroy transformers within power grids. This can, quite obviously, cause widespread blackouts (while still interfering with GPS technologies).

These events do not represent the full extent of potential solar storms. In 1859, amateur astronomer Richard Carrington was trying to using glass and projection to study sunspots when "a ray of light had penetrated a hole in the screen attached to the object-glass…for the brilliancy was fully equal to that of direct sunlight." Now known as the Carrington event, this storm was reported to have started fires, stopped all working electricity, and lit up the sky with auroras.

Read This Next
I Silence Thee
Leaked Messages Seem to Show Elon Musk Using Twitter to Punish His Enemies
Going Wireless
Hackers Took Over a Subdomain of Wired.com for Several Months and Replaced It With Sleazy Online Casino Content
Heating Up
Employees at TikTok Apparently Have a Secret Button That Can Make Anything Go Viral
Nothing's Real Anymore
JPMorgan Says Startup Tricked It Into an Acquisition by Cooking Up Millions of Fake Users
Enemy Mine
Elon Musk Now Denies That His Family's Emerald Mine Existed, In Spite of Previously Bragging About It
More on Future Society
Gas Giant
Friday on the byte
Journalist Eats Lab-Grown Chicken, Gets "Weirdly Gassy"
Musk Rats
Thursday on the byte
Twitter Is Quietly Re-Suspending the Lunatics Elon Musk Let Back On
Spreadsheet Guy
Tuesday on the byte
Sam Bankman-Fried Posts Excel Docs That He Says Shows Nothing Was His Fault
READ MORE STORIES ABOUT / Future Society
Keep up.
Subscribe to our daily newsletter to keep in touch with the subjects shaping our future.
+Social+Newsletter
TopicsAbout UsContact Us
Copyright ©, Camden Media Inc All Rights Reserved. See our User Agreement, Privacy Policy and Data Use Policy. The material on this site may not be reproduced, distributed, transmitted, cached or otherwise used, except with prior written permission of Futurism. Articles may contain affiliate links which enable us to share in the revenue of any purchases made.
Fonts by Typekit and Monotype.