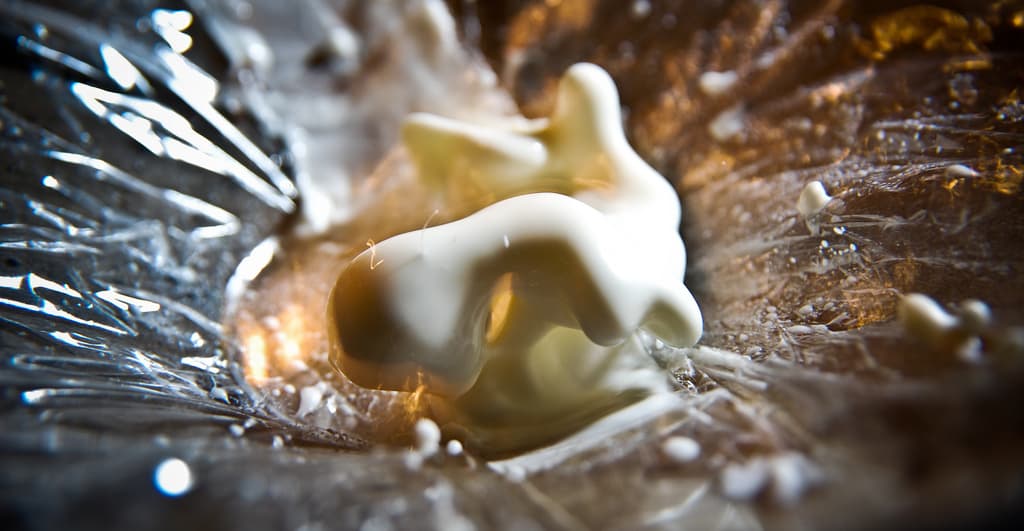 Often the best parts of James Bond films is the inevitable scenes with his quartermaster Q, where Bond receives a myriad of high-tech spy gear to aid him on his latest world-saving mission. A new invention by a United States Air Force cadet and her professor feels like it's in that vein of miraculous technological wizardry.

The finished prototype is also an example of innovative solutions hiding in plain sight. As the Business Insider profile of the invention said, the science behind this new bullet-stopping material is not new. Cadet 1st Class Hayley Weir and her professor Ryan Burke were surprised to learn that no defense contractor had previously explored making a material using their proposed methods. The substance was created using principles of non-Newtonian physics, and can be applied to existing body armor to strengthen it. The armor Weir and Burke are proposing is lighter weight that what's traditionally warn, yet can still offer high-level protection.

The material began development in the second half of 2016 and ended up stopping its first bullet in December. Thus far, the material has stopped bullets of a variety of calibers at close range including a 9mm, a .40 caliber, and  a.44 magnum. The latter would technically qualify the substance as type 3 body armor, which is often worn by security personnel. Interestingly enough, the tests seemed to indicate that the larger the bullet, the greater the substance's stopping power.

According to Burke, "We now understand more about what the important variables are, so now we're going to go back and pick all the variables apart, optimize each one, and see if we can get up to a higher level of protection."

This is just the latest in military technology that is aiming to better protect our soldiers. The Navy is also working on expanding its laser weapons programs to protect from drones and missiles. Other technology, such as these bullets designed to self-destruct if they miss a target, can help reduce collateral damage.

Read This Next
Laser Tanks
The Military Is Mounting Laser Weapons on Tanks
Cocktail Sauce
DARPA Wants to Use Noisy Shrimp to Detect Enemy Subs
Power Patent
US Military Files Patent for Room-Temperature Superconductor
Magic Plane
The Military Wants to Use F-35s to Shoot Down Nuclear Missiles
Futurism
MIT Creates “Artificial Blubber” to Keep Navy SEALs Warm
More on Hard Science
Tractor Beam
Jan 26 on the byte
Scientists Build Working Tractor Beam, Although It's Comically Tiny
Having a Blast
Jan 18 on the byte
New Study Shows Where You Should Hide to Survive a Nuclear Attack
Offworld Amino
Jan 15 on the byte
Scientists Find Building Blocks of Life in Meteor That Smashed Into Family's Driveway
READ MORE STORIES ABOUT / Hard Science
Keep up.
Subscribe to our daily newsletter to keep in touch with the subjects shaping our future.
+Social+Newsletter
TopicsAbout UsContact Us
Copyright ©, Camden Media Inc All Rights Reserved. See our User Agreement, Privacy Policy and Data Use Policy. The material on this site may not be reproduced, distributed, transmitted, cached or otherwise used, except with prior written permission of Futurism. Articles may contain affiliate links which enable us to share in the revenue of any purchases made.
Fonts by Typekit and Monotype.