Hopefully we never have to test it with an actual nuke. 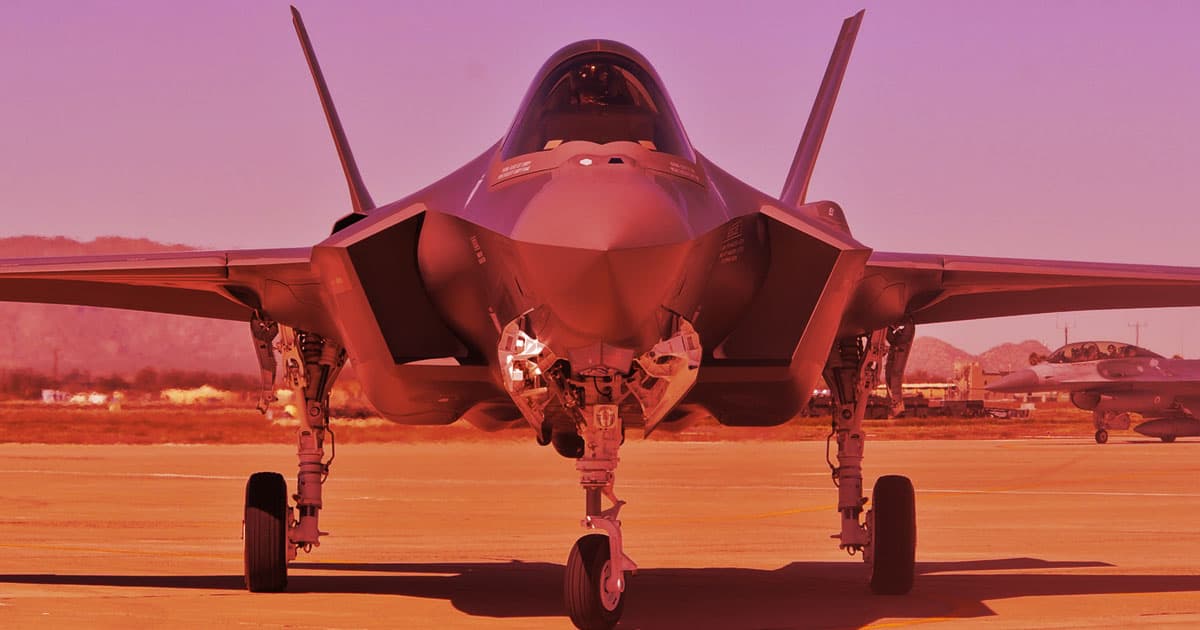 The Pentagon recently announced that the F-35, the stealth fighter plane that President Trump seems to think is literally invisible, may soon be equipped with new weapons specifically intended to take down nuclear missiles.

As described in the Pentagon's official Missile Defense Review from last Thursday, The anti-nuke F-35s would join other measures designed to disable and protect from intercontinental ballistic missiles (ICBMs) such as laser-equipped drones as well as orbital sensors that can spot and intercept ICBMs after they've been launched.

It's far-fetched to imagine a fighter plane successfully shooting down a missile that travels, at its slowest, 6.5 kilometers per second. The pilot would need to already be near the site of the missile launch, know that it's going to happen, and operate with a near-zero margin of error, according to Motherboard.

To borrow the words of the fictional character Zoë Washburne from the TV show "Firefly," it would be like "like throwing a dart" and "hitting a bulls-eye 6,000 miles away."

Thankfully the Pentagon envisions anti-nuke F-35s as a complement, not a replacement, for existing nuclear defense systems. These proposed anti-ICBM F-35s mainly complicate what the F-35, first deployed in combat last Fall, is supposed to be.

As Motherboard points out, different branches of the military have different visions of what the F-35 should do, specifically catered to that branch's needs. And now, apparently, it's also supposed to stop any potential hostile nukes.

Read This Next
Laser Tanks
The Military Is Mounting Laser Weapons on Tanks
Cocktail Sauce
DARPA Wants to Use Noisy Shrimp to Detect Enemy Subs
Power Patent
US Military Files Patent for Room-Temperature Superconductor
Futurism
MIT Creates “Artificial Blubber” to Keep Navy SEALs Warm
Futurism
The US Air Force Has a New Chip to Foster Secure Communications
More on Hard Science
Tractor Beam
Jan 26 on the byte
Scientists Build Working Tractor Beam, Although It's Comically Tiny
Having a Blast
Jan 18 on the byte
New Study Shows Where You Should Hide to Survive a Nuclear Attack
Offworld Amino
Jan 15 on the byte
Scientists Find Building Blocks of Life in Meteor That Smashed Into Family's Driveway
READ MORE STORIES ABOUT / Hard Science
Keep up.
Subscribe to our daily newsletter to keep in touch with the subjects shaping our future.
+Social+Newsletter
TopicsAbout UsContact Us
Copyright ©, Camden Media Inc All Rights Reserved. See our User Agreement, Privacy Policy and Data Use Policy. The material on this site may not be reproduced, distributed, transmitted, cached or otherwise used, except with prior written permission of Futurism. Articles may contain affiliate links which enable us to share in the revenue of any purchases made.
Fonts by Typekit and Monotype.