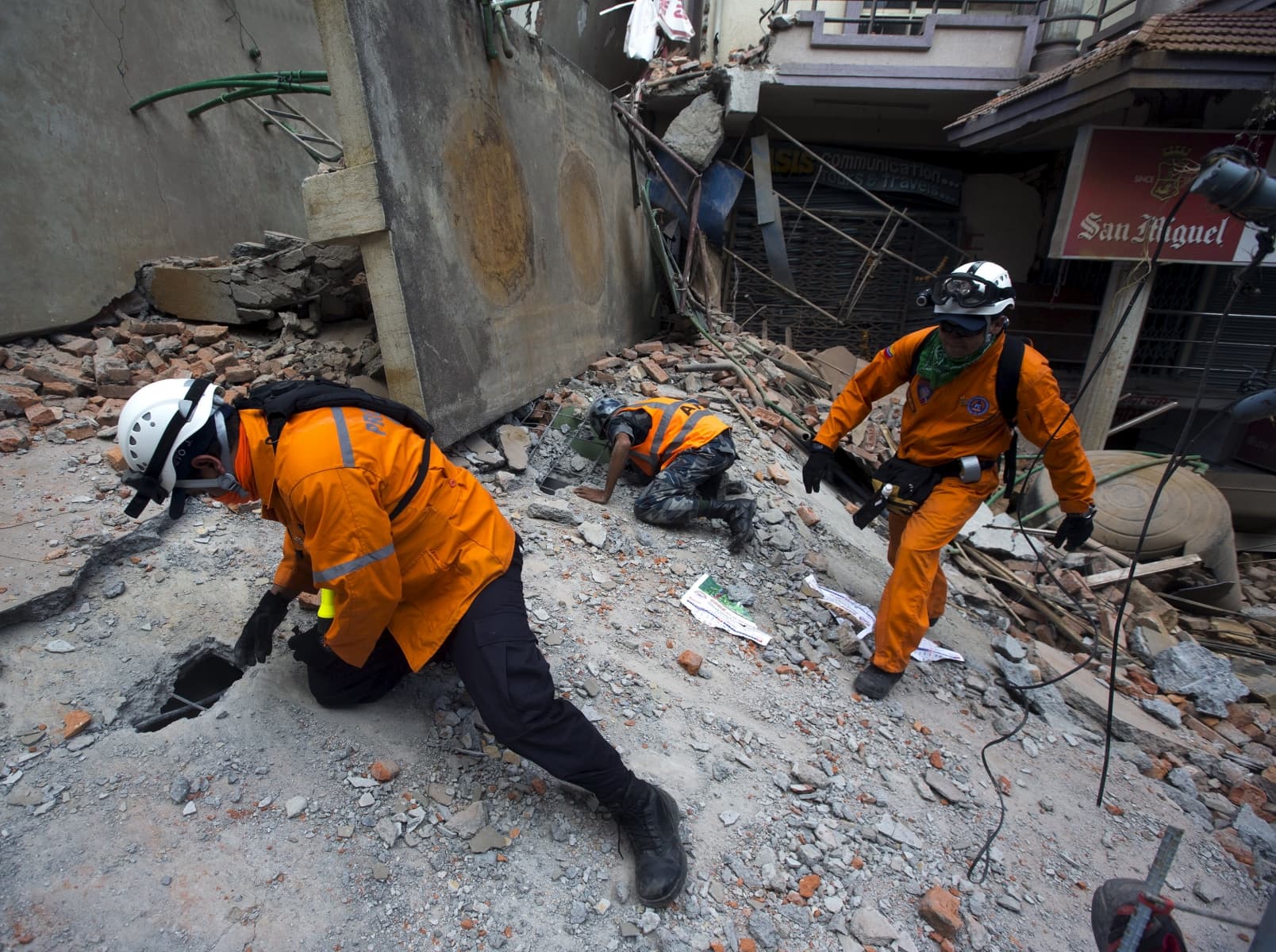 Rescue teams often use fiber optic cameras in disasters to find people in danger zones. During the 2010 Haiti earthquake aftermath, finding survivors in the rubble proved very difficult because the cameras are so unwieldy and are too expensive for expansive use. Started in 2012 by MIT Alumnus Francisco Aguilar, Bounce Imaging has been developing their tactical sphere, called Explorer, to try and build a better way to get images of unknown terrain. They have found great success with their product and are now quickly approaching its first commercial use. The sphere uses an innovative camera and sensor system that, when thrown into an area, can transmit panoramic images back to a smartphone in real time.

In July, a hundred of the softball-sized Explorer spheres will be distributed to police departments across the country to help them see in dangerous situations. When activated, the machine photographs a few times each second from all six lenses of its custom camera. Aguilar highlights the sphere’s innovative imaging ability which uses groundbreaking software to significantly reduce load time and stitch multiple images together simultaneously in a mere fraction of a second. Other methods take at least a minute to craft accurate panoramas, and for a police officer trying to scope out a dangerous crime scene or rescue workers trying to find survivors after a disaster, that delay simply isn’t good enough.

Next, Bounce Imaging hopes to extend the Explorer to wider audiences. They will develop the model in the coming months, adding sensors for radiation, temperature and carbon monoxide. They also will potentially option the image-stitching software technology for drones, video games and smartphones.  After this market release, Aguilar says, “We’re trying to see what exciting things we can do with the imaging processing, which could vastly reduce computational requirements for a range of industries developing around immersive video.”