It looks like it came right out of Netflix’s “Black Mirror.” 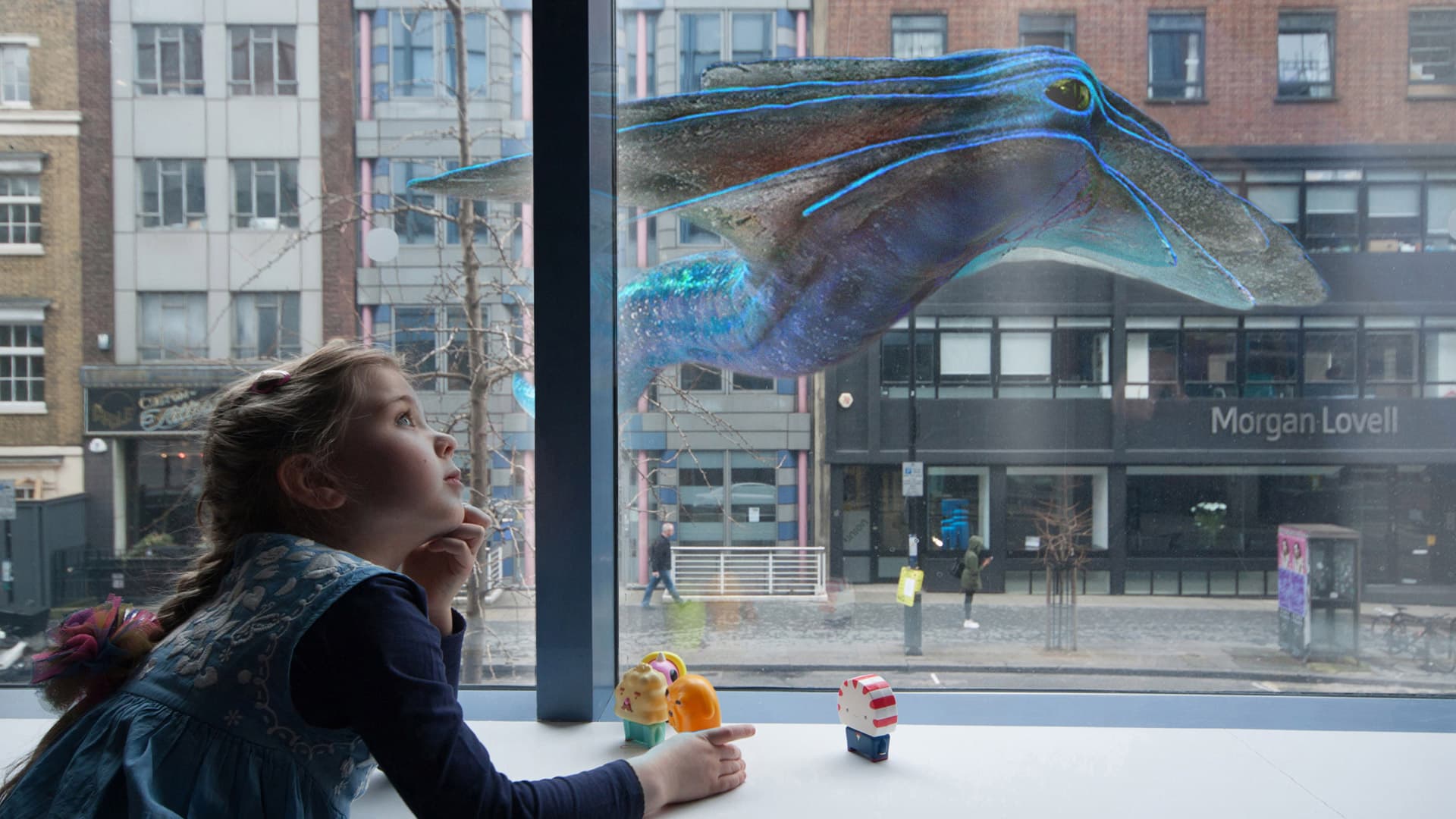 Many of us are anxious for augmented reality to live up to the potential promised by sci-fi. We're waiting for the next bit of news from Magic Leap or keeping tabs on how Microsoft's HoloLens is transforming careers right before our eyes.

"Strange Beasts," a short film depicting our future with the new technology, shares a vision of a far different, less optimistic world intwined with augmented reality.

In the film, we are introduced to Victor, a man promoting a new augmented reality video game that enables players to grow a creature of their choosing to be their home companion. He expresses how users should be a part of the story, asserting that today's media doesn't offer the deeper interactions that can be found in AR. As the story progresses, we're introduced to Victor's daughter, Anna, who has a companion of her own, "Blooby." By that point, the dystopian tone of the film is in full effect.

Magali Barbe, the writer and director of the short film, explains her process on her personal blog. She had the idea for the film in early 2016, initially hoping to catch audiences by surprise with hoax video about AR. After doing her research, she decided to transition the project into a narrative, and a short while (and a lot of hard work) later, "Strange Beasts" reached its final form.

The clip definitely compels its audience to think about the potential realities of living in a world that's not 100 percent "real." With AR tech progressing at a steady rate, we aren't many years away from finding out whether the future turns out more like our most optimistic imaginings or the world envisioned in "Strange Beasts."

Read This Next
From Our Partners
Teach Kids The Joys Of Geography With 15% Off This AR Globe
Futurism
Augment Reality and Improve Your Digital Marketing With A Lifetime Subscription To Aryel
Futurism
Dark Future: Here's When We'll Have the Black Mirror Tech That Lets us Share Physical Sensations
Futurism
Dark Future: Here's When We'll Have the Sentient Digital Avatars from Black Mirror
Futurism
Magic Leap CEO Hints That the Long-Awaited Debut Is Almost Here
More on Sci-Fi Visions
What is Happening
Wednesday on the byte
Elon Musk Sets His Twitter Account to Private
From the Dept. of...
Monday on futurism
The Best Humidifiers of 2023
Human v. Giraffe
Jan 24 on the byte
Chaotic Italian Fashion Line Baffles Facial Recognition Software
READ MORE STORIES ABOUT / Sci-Fi Visions
Keep up.
Subscribe to our daily newsletter to keep in touch with the subjects shaping our future.
+Social+Newsletter
TopicsAbout UsContact Us
Copyright ©, Camden Media Inc All Rights Reserved. See our User Agreement, Privacy Policy and Data Use Policy. The material on this site may not be reproduced, distributed, transmitted, cached or otherwise used, except with prior written permission of Futurism. Articles may contain affiliate links which enable us to share in the revenue of any purchases made.
Fonts by Typekit and Monotype.