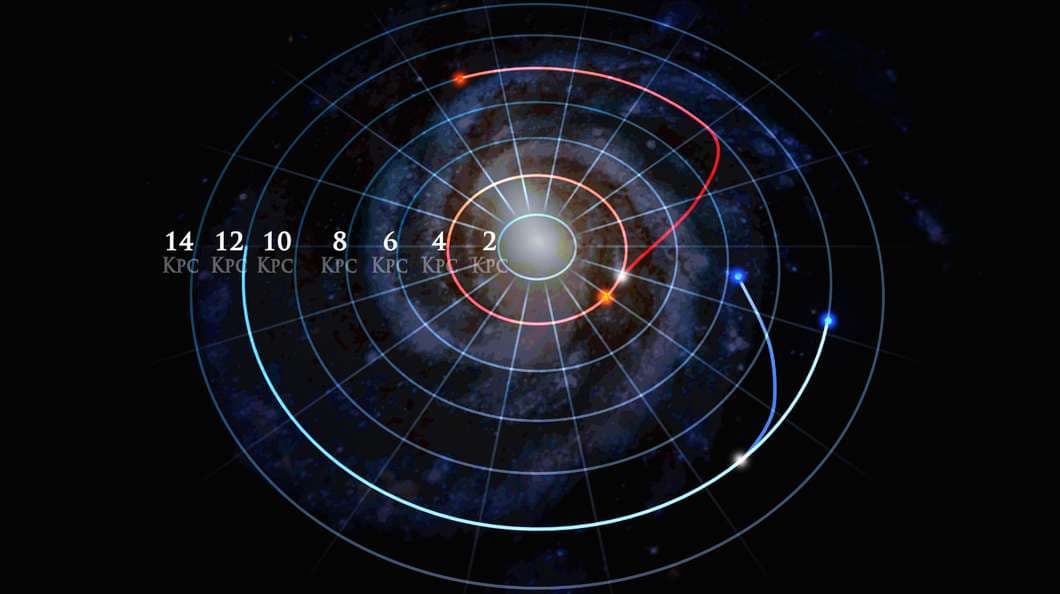 A team of astronomers has found definitive evidence that, over the course of their lifetime, up to 30 per cent of the stars in our galaxy have wandered far from where they first formed.

"In our modern world, many people move far away from their birthplaces, sometimes halfway around the world," said Michael Hayden of New Mexico State University, the lead author on the study. "Now we're finding the same is true of stars in our galaxy. About 30 percent of the stars in our galaxy have traveled a long way from where they were born."

By looking at the spectra of the observed stars, the astronomers were able to determine what chemical elements were present in their composition, and in what amounts. "This exercise can be described as galactic archeology. These data reveal the locations, motions, and compositions of the stars, which provide insights into their formation and their history." Said Donald Schneider of Penn State University, a coauthor on the study.

This spectral information allowed Hayden and his colleagues to map out where the stars they observed were born and how far they had migrated from their birth place.

“The chemical composition of a star is really a “fossil record” of the chemical makeup of the gas cloud in which the star formed. APOGEE’s main mission is to collect these fossils from all over the galaxy,” said Jonathan Bird of Vanderbilt, another scientist involved in the study.

How can scientists pinpoint where in the galaxy stars originally formed?

When a star dies, the heavy elements being created in its core are released back out into space and form the base from which new stars are formed - the new stars will therefore have a higher concentration of heavy elements than their parent stars.

In certain regions of the galaxy, this cycle of star birth and death occurs more rapidly; a star with an abundance of heavy elements is therefore likely to have been born in one of these areas of the galaxy.

The pattern of migration has lead the scientists to theorize that stars move radially inward or outward from the center of the galaxy. The stars are likely pushed around by bumps and rough patches in the galactic disk, such as galactic dust or the great spiral arms of the Milky Way.

Astronomers hope continued examination of the APOGEE data will lead to more discoveries, and an even more detailed picture of how and why the galaxy looks like it does. Steven Majewski, the principal investigator of APOGEE, is optimistic about what the data will continue to show: “Once we unlock the full information content of APOGEE, we will understand the chemistry and shape of our galaxy much more clearly.”