"On average, that same spot on Earth will only get to see a solar eclipse every 375 years." 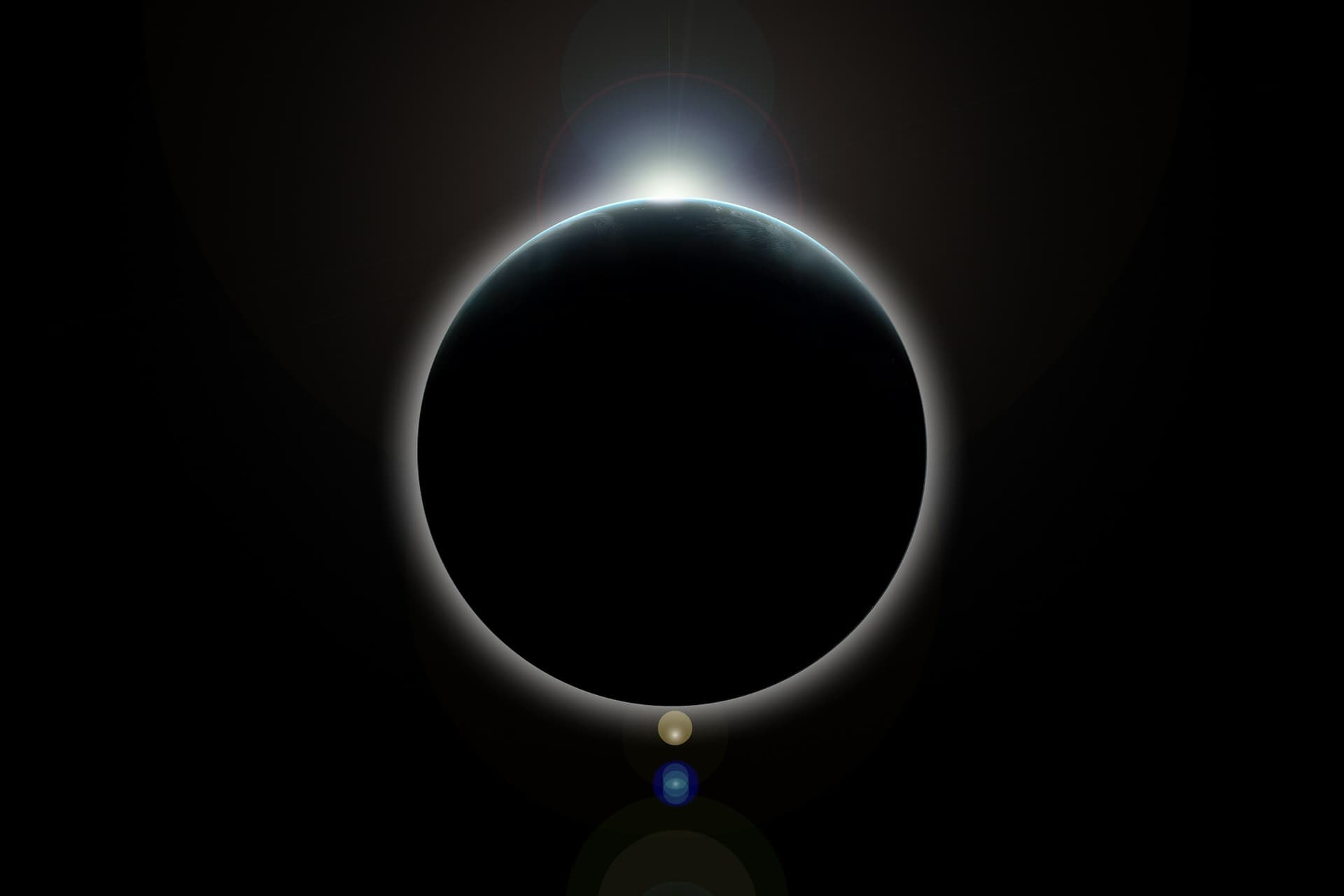 On August 21, a swatch of Earth residents will witness the rare side effect of our planet's long dance with its oldest partner: a total solar eclipse, caused by the perfect alignment of the Moon in front of the sun.

A new visualization from NASA shows in extraordinary detail where the total eclipse will be visible; primarily along an approximately 112 km (70 mile) stretch, cutting across the United States diagonally from Oregon to South Carolina. This diagonal lies in the path of the umbra, the part of the Moon's shadow where the sun is entirely blocked by the Moon.

The visualization shows that the umbra is shaped like an irregular, slightly curved polygon, rather than the circle you might expect. The same dips and bumps that shade faces and imaginary seas into the Moon's surface also affect how light passes around it.

“With this new visualization, we can represent the umbral shadow with more accuracy by accounting for the influence of elevation at different points on Earth, as well as the way light rays stream through lunar valleys along the moon’s ragged edge,” said NASA visualizer Ernie Wright of Goddard Space Flight Center in Maryland.

This new level of detail comes from pairing 3-D maps of the Moon's surface, created by NASA’s Lunar Reconnaissance Orbiter, with elevation data for the places its shadow will hit.

Because the umbral shadow is relatively small, a solar eclipse is only visible somewhere on Earth roughly every 18 months.

"So, if you find your area in the path of totality one year, you've hit the jackpot," NASA officials explain in the video above. "Because on average, that same spot on Earth will only get to see a solar eclipse every 375 years."

However, this already rare phenomenon is getting even more so: the Moon exerts a pull on the earth that creates ocean tides, and subsequently slows our planet's rotation. This also transfers energy into the Moon's orbit that pushes it away from Earth.

As a result, our Moon recedes by about 1.48 inches every year — roughly the same speed at which your fingernails grow. Someday, it will be too far to block the sun fully.

"Over time, the number and frequency of total solar eclipses will decrease," explains Richard Vondrak, a lunar scientist at NASA's Goddard, in the statement.  "About 600 million years from now, Earth will experience the beauty and drama of a total solar eclipse for the last time."

Read This Next
Moon Sims
Brutal Video Simulates When Earth Hit Another Planet Many Years Ago
Into Darkness
Inside NASA's Bold Proposal to Probe the Mysteries of Dark Matter
Martian Ammonia
NASA Rover Detects Organic Molecules on the Surface of Mars
Myanus, Hisanus, Heranus...
Here's What Uranus Scientists Think About Your Disgusting Jokes
Joseph Strikes Again
Experts Shred Paper Claiming to Identify Mushrooms on Mars
More on Hard Science
Warped Tour
Yesterday on futurism
Professor Believes Door to Warp Drive May Lie With Ethylene Glycol
Sky Bursts
Yesterday on the byte
Astronomers Intrigued by 25 Mysterious Repeating Radio Signals From Deep Space
Tractor Beam
Jan 26 on the byte
Scientists Build Working Tractor Beam, Although It's Comically Tiny
READ MORE STORIES ABOUT / Hard Science
Keep up.
Subscribe to our daily newsletter to keep in touch with the subjects shaping our future.
+Social+Newsletter
TopicsAbout UsContact Us
Copyright ©, Camden Media Inc All Rights Reserved. See our User Agreement, Privacy Policy and Data Use Policy. The material on this site may not be reproduced, distributed, transmitted, cached or otherwise used, except with prior written permission of Futurism. Articles may contain affiliate links which enable us to share in the revenue of any purchases made.
Fonts by Typekit and Monotype.