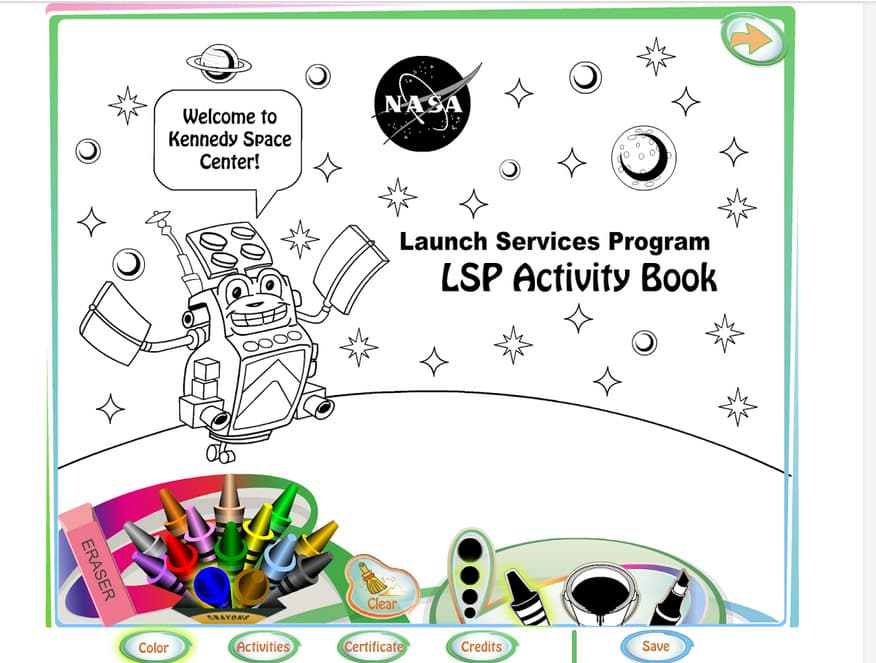 NASA has lots of cool apps and games. They can help you track objects through the sky or to hunt comets, but now they are pushing the boundaries of education. Their latest app hopes to teach children about rockets.

The (free) app is called the "LSP Activity Book" (LSP for Launch Services Programs) and is available on both Android and Apple devices. Ideally, the app will help children learn about rocket launches in general, including mission planning and the types of precise measurements engineers need to make for the launches to work every time.

In the game, the LSP is preparing to launch an unmanned spacecraft into orbit. Engineers purchase vehicles and payloads to make the launch possible. The main character, "Peter the Payload" takes kids on an adventure where they can color pictures, solve word searches, mazes, and play matching games. Because the fastest way to a persons heart is through their stomach, the app also comes with a "moon cookie" recipe that doesn't require baking.

There are 24 NASA inspired pictures for kids to color, as well as different coloring methods ranging from "paint buckets" to a freestyle pen. Crossword puzzles in the app are centered around the planets and the solar system, helping to teach kids about our local neighborhood. The "asteroid maze" is pretty self explanatory. Once a kid finishes the activity book. they are awarded an achievement certificate.

As mentioned before, the app is available in the Apple App Store and in Google Play. There is also an online coloring book available for those who want to bring the NASA pictures into the physical world.