New Horizons Came, Saw and Conquered Pluto: What Happens Next? 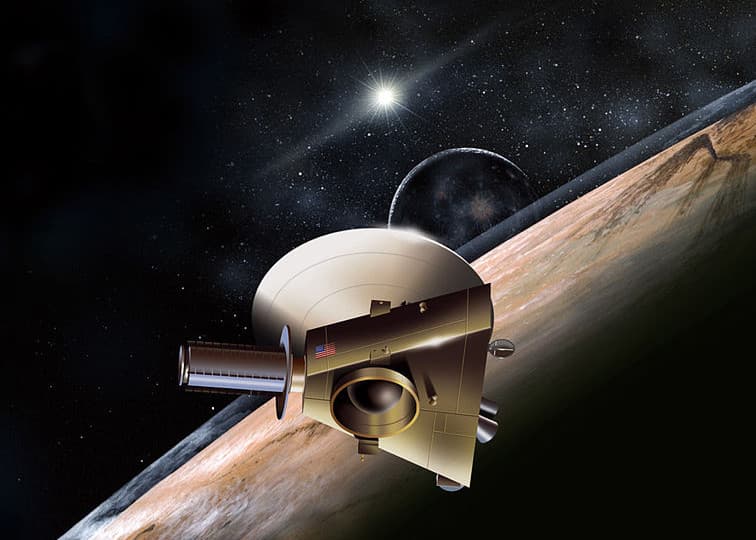 New Horizons may have just finished its historic Pluto flyby, but its mission is far from over. At this moment, the probe is heading deep into the Kuiper Belt, a region of icy debris beyond the orbit of the outermost planet, Neptune. The Kuiper Belt is believed to be home to millions of distant bodies—called “Kuiper Belt Objects” (KBOs). With Pluto in its rear-view mirror, scientists have already identified two possible KBO candidates for New Horizons’ next flyby, which is slated for 2019.

The first (and best) candidate is technically a trans-Neptunian object (TNO), dubbed 2014 MU69. By definition, Trans-Neptunian Objects are a subclass of KBOs that have elliptical orbits that cross into the orbit of Neptune (Pluto actually belongs to this KBO subgroup. Eris, Makemake and Haumea—3 other dwarf planets—do as well).

The second option is 2014 PN70, a larger Trans-Neptunian Object about twice the size of 2014 MU69 (not terribly inventive names, really). Though a larger object would probably make for better photos, the selection will depend on fuel constraints and the probability of success.

By studying Kuiper Belt Objects up close, scientists hope to gain better insight into the history of our solar system. As it stands, no one is completely sure what most KBOs are made of—or even how many exist. There may be thousands of undetected KBOs hanging out near the edge of the solar system, and some estimates place that number in the trillions. A few known KBOs, like Quaoar and Sedna, could ultimately be large enough to get bumped up dwarf planets.

Due to their distance from the Sun, Kuiper Belt Objects are extremely cold. This, in conjunction with their small size, might suggest that their chemistry and makeup are much different from objects found within the inner solar system—think about the unique chemistry of Titan on a much larger, more extreme scale.. For one, mountains and other physical features could be forged from frozen materials and solid hydrocarbons.

On Pluto, for example, its features include towering mountains of ice and rock, and other things that are widely considered to be impossible for objects located closer to the Sun, where higher temperatures cause ice to behave differently (or melt altogether). There is no telling if the compositions of other KBOs will be similar to that of Pluto, or if their chemistry will completely surprise scientists.

New Horizons’ power supply should keep its cameras and instruments running for years to come, making close study of at least one more Trans-Neptunian Kuiper Belt Object a real possibility. If its next flyby is successful, New Horizons’ would set a new record for the most distant object ever studied up-close by scientists. Data sent back to Earth would shed light on a relatively unexplored region of the solar system, and possibly help us truly understand the formation of the planets themselves. NASA is expected to announce the target for New Horizons’ next flyby sometime in August, 2015.