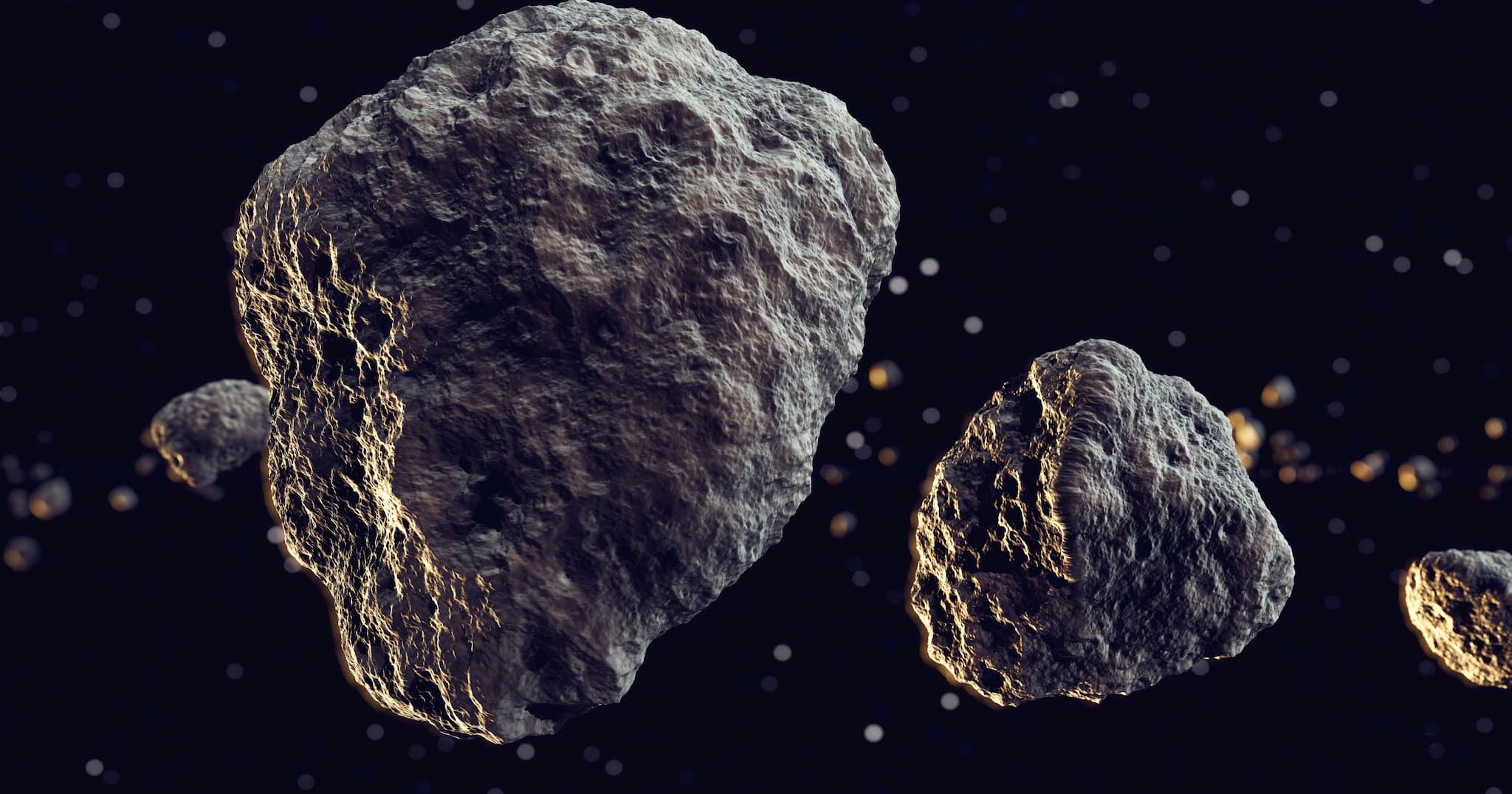 Two recent events – one legal and the other technological – have brought asteroid mining a step closer to reality.

The legal development came about when the Senate Commerce, Science and Transportation Committee passed a bill titled H.R. 2262 — SPACE Act of 2015. The bill has a number of measures designed to facilitate commercial space development, and includes a provision that gives companies or individuals ownership of any material that they mine in outer space.

According to an estimate, asteroid mining could potentially develop into a trillion dollar market.

The technological development is a new generation gamma-ray spectroscope designed to detect gold, platinum, rare earth elements, and other valuable material hidden within asteroids. It can also detect the material inside moons and airless objects floating around the solar system. It is heralded as just the type of “sensor” that will be needed by asteroid miners in order to pinpoint valuable materials.

A team of scientists from Vanderbilt and Fisk Universities, NASA’s Jet Propulsion Laboratory and the Planetary Science Institute developed the sensor concept.

The new technology is outlined in the article “New ultra-bright scintillators for planetary gamma-ray spectroscopy” published Oct. 23 in the SPIE Newsroom. SPIE is the International Society for Optics and Photonics and its SPIE Newsroom publishes noteworthy scientific achievements in the area of optics and photonics.

The planetary gamma-ray spectroscopy works by taking advantage of the fact that all of the objects in the solar system are constantly bombarded by cosmic rays. These high-energy particles from deep space strike exposed surfaces at different velocities, smashing apart atoms in the top layers and producing a secondary shower of particles, including neutrons. The neutrons then collide repeatedly with the atoms in the material, producing gamma rays as they go (gamma rays are a type of electromagnetic radiation like light, but they are more powerful and penetrating).

A gamma-ray spectroscope records the intensity and wavelengths of gamma rays coming from a surface. This spectrum can be analyzed to assess the concentration of important, rock-forming elements such as oxygen, magnesium, silicon, and iron as well as precious metals like gold and valuable crystals like diamonds.

“Space missions to the Moon, Mars, Mercury and the asteroid Vesta among others have included low-resolution spectrometers, but it has taken months of observation time and great expense to map their elemental surface compositions from orbit,” said Professor of Astronomy Keivan Stassun, the Vanderbilt co-author. “With our proposed system it should be possible to measure sub-surface elemental abundances accurately, and to do it much more cheaply because our sensors weigh less and require less power to operate. That is good news for commercial ventures where cost, power and launch weight are all at a premium.”

The new instrument uses a key component - the recently discovered material, europium-doped strontium iodide (SrI2). This is a transparent crystal which can be an extremely efficient gamma-ray detector. It registers the passage of gamma rays by emitting flashes of light which can be detected and recorded.

“The gold standard for gamma-ray spectroscopy is the high purity germanium (HPGe) detector,” said Fisk Professor of Physics Arnold Burger, who developed the SrI2 detector. “However, it requires cryogenic cooling so it is very bulky. It also needs vacuum-tube technology so it consumes too much energy to run on batteries. SrI2 isn’t quite as good HPGe, but it is more than adequate to do the job and it is compact enough and its power requirements low enough so that it can be used in spacecraft and even placed on robotic landers.”

The first commercial missions to nearby asteroids could launch as early as 2020, but asteroid mining would still be decades after that. However, the new spectroscopic technology would, for the meantime, provide planetary scientists with new details about the chemical composition of asteroids, comets, moons, and minor planets in the solar system.

Likewise, it could become an important planetary defense arsenal, since it can determine whether objects crossing Earth’s orbit are made from rock or ice.

Read This Next
Asteroid Wars
Billionaires Are Dead Serious About Moving Factories to Space
Futurism
Falcon Heavy Could Make Asteroid Mining a Reality
Futurism
Asteroids Need to Be Mapped If We're Going to Mine Their Resources
Futurism
Why Asteroid Mining is Integral to Our Plans for Colonizing Mars
Futurism
Ambiguous Laws Could Prevent Us from Taking Full Advantage of Celestial Resources
More on Off World
Trashing Orbit
Yesterday on the byte
Elon Musk Says SpaceX May Build Starship That Dies on Purpose
Cat and Mouse
Yesterday on the byte
SpaceX to Launch "Hunter" Satellites for Targeting Rival Spacecraft
Space In Space
Yesterday on the byte
NASA Official Admits There's a Bit of an Issue on the Space Station
READ MORE STORIES ABOUT / Off World
Keep up.
Subscribe to our daily newsletter to keep in touch with the subjects shaping our future.
+Social+Newsletter
TopicsAbout UsContact Us
Copyright ©, Camden Media Inc All Rights Reserved. See our User Agreement, Privacy Policy and Data Use Policy. The material on this site may not be reproduced, distributed, transmitted, cached or otherwise used, except with prior written permission of Futurism. Articles may contain affiliate links which enable us to share in the revenue of any purchases made.
Fonts by Typekit and Monotype.