Neuralink Co-Founder Predicts That Humanity Will Get "Wrecked"

Should we be concerned about the singularity? 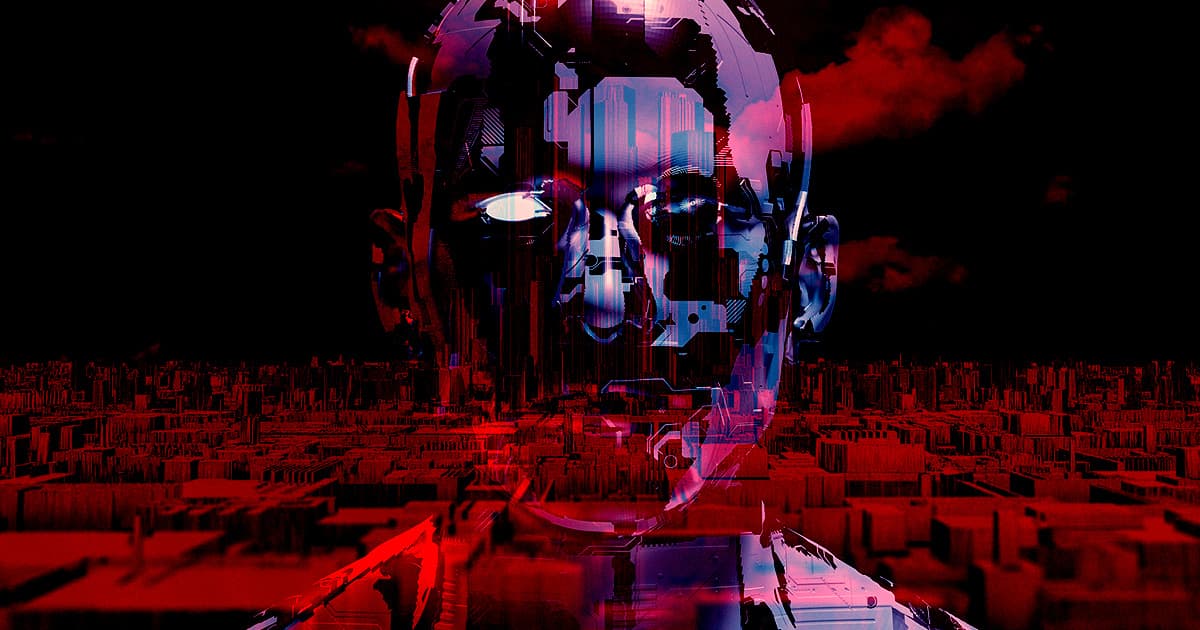 Departed Neuralink co-founder Max Hodak has a grim take on the fate of humanity: the robot uprising is inevitable, and they will leave humans in the dust.

Key to his argument, which is admittedly a little hard to follow, is that AI will likely not adhere to humanity's preconceptions about political and economic models for society.

"Humans are objectively bad with socialism (and on the contrary, capitalism is amazingly effective at advancing humanity)," he wrote in a tweet, "but machines might end up reasoning about their identities and communities super differently."

That kind of incompatibility could lead to some irreconcilable differences.

"We are going to get so wrecked," he added.

The kind of value systems that humans have used to structure societies over history — regardless of their success in bringing about meaningful change — may soon no longer be relevant.

"Idk, I think the broader point is just that machines might end up having a lot more flexibility on how they organize themselves than we do," Hodak pondered in a follow-up tweet. "It takes generations to upgrade cognitive technology in human societies."

The news comes after Hodak left brain implant startup Neuralink in May, a company he co-founded with SpaceX CEO Elon Musk.

"I am no longer at Neuralink (as of a few weeks ago)," he wrote in a mysterious tweet at the time. "I learned a ton there and remain a huge cheerleader for the company! Onward to new things."

Neuralink has tasked itself with developing brain computer interfaces — likely, judging by Hodak's work at Neuralink, aimed at blurring the line between human and machine, making his recent comments all the more intriguing.

To Musk, that has always been priority number one. The billionaire CEO has repeatedly said that machines are eventually coming to get us, a warning sign that should motivate us to get ahead of the problem with cutting edge technologies.

Whether humanity's advancements in AI and robotics will allow us to come up with new ways to reorganize ourselves to deal with a swiftly tilting future remains to be seen. Perhaps Hodak is right in believing that that kind of shift could take entire generations.

Machines, on the other hand, are starting from scratch. And if it were to ever come to a point of having them organize themselves without our input — the singularity, in effect — that could certainly lead to our demise.

More on Hodak: Brain Implant Entrepreneur Says His Inbox Is Filled With Furries

Read This Next
Futurism
Crime-Fighting AI Put a Guy in Jail for a Year With Little Evidence
Bot Versus Bot
A Bot Made Frank Sinatra Cover Britney Spears. YouTube Removed It Over Copyright Claims.
Lowkey Robot Takeover
New Futurist Fear: "Economic Singularity" Could Kill Jobs Forever
Eating Cake
To Bolster Cybersecurity, France Gives Google the Guillotine
Futurism
The Guy Who Created Oculus Has Now Made Surveillance Tech That Acts As A Virtual Border Wall
More on Future Society
Musk Rats
Yesterday on the byte
Twitter Is Quietly Re-Suspending the Lunatics Elon Musk Let Back On
Going Wireless
Wednesday on futurism
Hackers Took Over a Subdomain of Wired.com for Several Months and Replaced It With Sleazy Online Casino Content
Spreadsheet Guy
Tuesday on the byte
Sam Bankman-Fried Posts Excel Docs That He Says Shows Nothing Was His Fault
READ MORE STORIES ABOUT / Future Society
Keep up.
Subscribe to our daily newsletter to keep in touch with the subjects shaping our future.
+Social+Newsletter
TopicsAbout UsContact Us
Copyright ©, Camden Media Inc All Rights Reserved. See our User Agreement, Privacy Policy and Data Use Policy. The material on this site may not be reproduced, distributed, transmitted, cached or otherwise used, except with prior written permission of Futurism. Articles may contain affiliate links which enable us to share in the revenue of any purchases made.
Fonts by Typekit and Monotype.