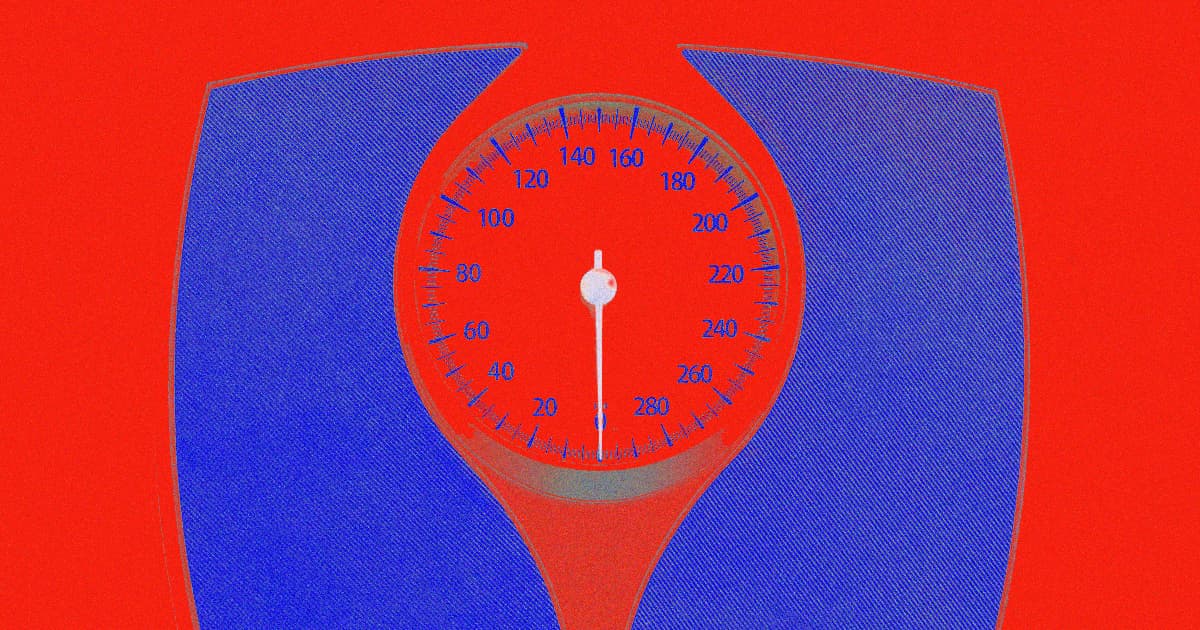 According to a promising new study, a diabetes treatment drug called semaglutide could be an effective way to reduce weight in obese patients, The New York Times reports — but the findings come with numerous caveats.

Researchers at Northwestern University in Chicago carried out an experiment involving almost 2,000 participants in 16 countries. Some participants injected themselves with semaglutide, while the rest received a placebo for 68 weeks, and both groups worked on nutrition and physical activity during the trial.

The results, as detailed in a paper published in the New England Journal of Medicine this week, were promising: participants who received the drug lost close to 15 percent of their body weight on average, and more than a third lost more than 20 percent.

Participants in the placebo group, in contrast, lost only 2.4 percent of body weight on average.

The drug also was able to reduce "cardiometabolic risk factors" and led to an increase in "participant-reported physical functioning," according to the paper.

The drug, a synthetic hormone, works by tricking the brain into producing feelings of satiety.

Plenty of medications and treatment plans, previously hailed as effective methods of losing weight, turned out to be far less effective than advertised, as the Times reports. But this time, the medical community seems genuinely excited.

"This is the start of a new era of effective treatments for obesity," Robert Kushner, obesity researcher at Northwestern University and research lead, told the newspaper, describing the drug as a "game changer."

The researchers are hoping the drug could be an effective alternative to invasive surgeries that very few people actually go through with.

There are also a lot of things that could derail the drug's success. For one, Kushner is on the advisory board of Novo Nordisk, the pharmaceutical that produces semaglutide.

The drug could also end up being prohibitively expensive, costing about $1,000 a month — and chances are that insurance companies won't cover that cost, according to the Times. Patients would also likely have to take the drug for a lifetime to keep their weight down.

Big picture, any drug that promises to solve one of the stickiest medical issues facing Americans should be treated with a healthy dose of skepticism, particularly when those who call it a game changer advise the companies making the drug.

And is it really fair to call it a "game changer?" According to the CDC, over 40 percent of Americans were obese in 2018, and that number is only on the rise. Prohibitively expensive drug treatments will arguably only play a small role in fighting obesity in the country, no matter how effective.

More on obesity: Half of America May Be Obese by 2030. Here’s Why That Matters for Society.

1.25.23 Treatments
A Hot New Weight Loss Drug Is Rapidly Aging Users' Faces
11.19.22 Developments
So Many People Are Using a Diabetes Drug for Weight Loss That Actual Diabetics Are Having Trouble Getting It
6.18.22 Studies
Scientists Say They're Honing in on a Pill You Can Take Instead of Exercising
11.02.21 Treatments
Startups Are Rushing to Prescribe a New Weight Loss Drug, But Questions Remain
9.14.21 Studies
Study: Weight Gain Caused by Eating Specific Foods, Not Eating Too Much

1.26.23 Developments
Eccentric Wealthy Guy Spends $2 Million Per Year Staving Off Aging
"No one is pushing the envelope as much as Bryan."
By Maggie Harrison / Read More >>
1.26.23 Robotics/Prosthetics
FDA Gives Go-Ahead for Robotic Exoskeleton For Stroke Survivors
"It's new for me, because previously I've always needed assistance to walk, and now, I no longer need assistance, so I feel independent."
By Frank Landymore / Read More >>
1.24.23 Neuroscience/Brain Science
Scientists Say New Brain-Computer Interface Lets Users Transmit 62 Words Per Minute
A huge bandwidth increase.
By Victor Tangermann / Read More >>
Keep up.
Subscribe to our daily newsletter to keep in touch with the subjects shaping our future.
+Social+Newsletter
TopicsAbout UsContact Us
Copyright ©, Camden Media Inc All Rights Reserved. See our User Agreement, Privacy Policy and Data Use Policy. The material on this site may not be reproduced, distributed, transmitted, cached or otherwise used, except with prior written permission of Futurism. Articles may contain affiliate links which enable us to share in the revenue of any purchases made.
Fonts by Typekit and Monotype.