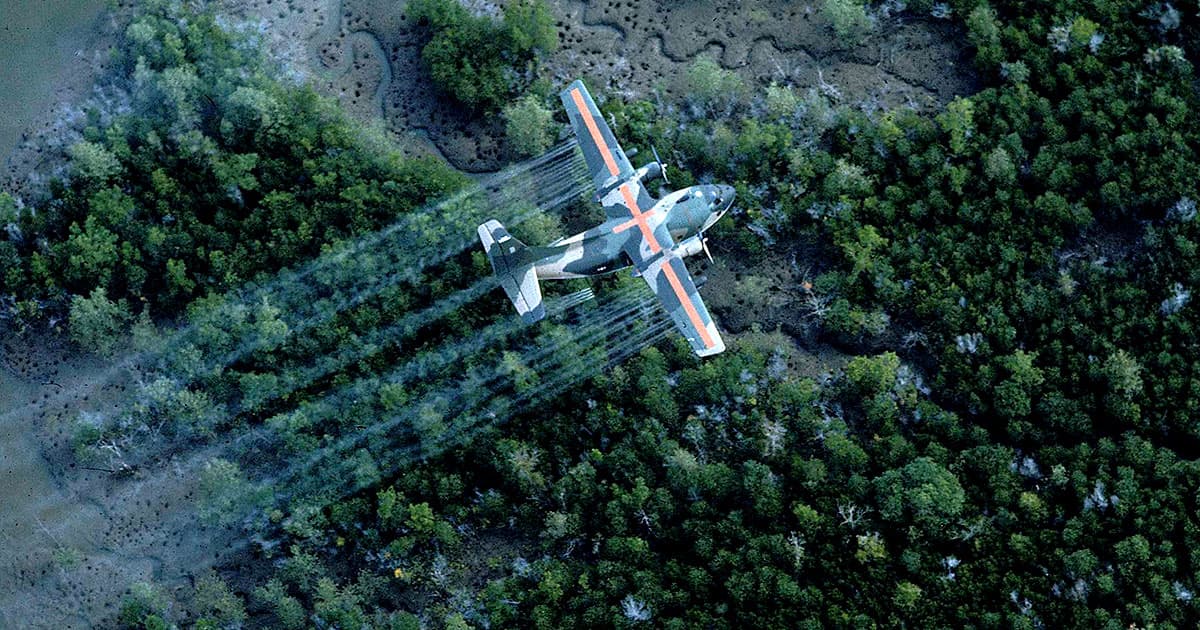 Researchers have found that as many as one in three Americans have a relatively high amount of a toxic weed-killing chemical in their bodies.

In a paper published in the journal Environmental Health, the team explored the prevalence of 2,4-D, a chemical frequently used as an herbicide to control weed growth.

The researchers found that nearly 33 percent of the urine samples collected from 14,395 study participants had detectable amounts of the chemical in their bodies.

"Our study suggests human exposures to 2,4-D have gone up significantly and they are predicted to rise even more in the future," Marlaina Freisthler, PhD student and researcher at the George Washington University and co-author of the study, said in a press release.

The notorious chemical was also a foundational ingredient of Agent Orange, which was used by the US during the Vietnam War to destroy forests and crops used by the North Vietnamese Army. Instead, the chemical resulted in cancer, birth defects, and severe neurological problems for millions of people in Vietnam.

High exposure to the chemical has previously been linked to cancer, and other health issues, though the link between the two is still not fully understood.

The chemical is an endocrine disruptor, which can greatly upset the natural hormone production of humans and animals.

It can potentially be very dangerous for young children who are exposed early in life, Freisthler said in the statement. This can happen if they play barefoot on grass that’s been treated with the weed killer, or if they put their hands in their mouths after playing outside.

However, we still don't understand the full ramifications of being exposed to 2,4-D, and more research is needed to determine the actual threat it poses to human health.

We also don't know how generalizable the results of the George Washington research are to a broader population.

Nevertheless, it doesn’t bode well that a chemical that has been linked to cancer and birth defects is so prevalent among Americans.

"Further study must determine how rising exposure to 2,4-D affects human health — especially when exposure occurs early in life," said Melissa Perry, a professor of environmental and occupational health at the university and lead author of the paper, in the statement.

According to the researchers, one way to avoid exposure to 2,4-D is to purchase organically grown food — and, of course, to avoid using it as a pesticide in the garden.