Wearable for Opioid Users Injects Narcan If You Overdose 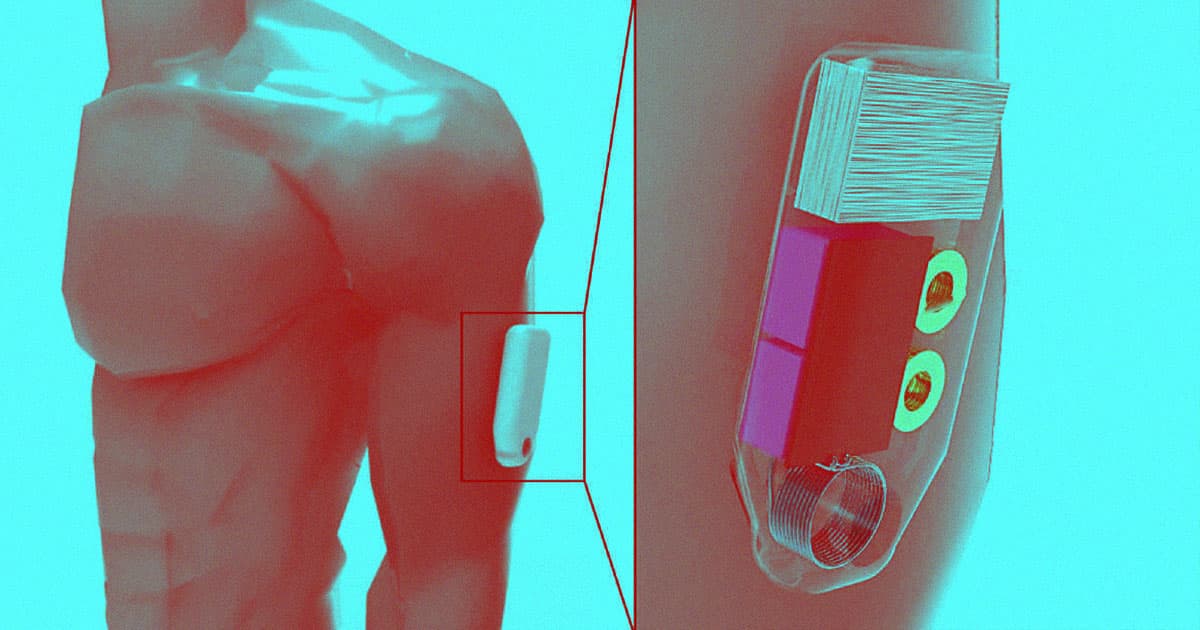 A new gadget could bring harm reduction into the world of medtech.

Researchers at the University of Washington are developing a wearable Narcan injector for opioid users that can detect whether or not the wearer is breathing — and, if they aren't, administer the drug to reverse an overdose.

The wearable, described in a new paper in the journal Scientific Reports, is similar to an insulin pump — a comparison drawn by Purdue University researchers who developed a similar device in 2019— in that it's worn on the stomach, where it detects signs of an overdose and delivers the lifesaving opioid antagonist, also known as naloxone.

“This wearable auto-injector may have the potential to reduce fatalities due to opioid overdoses,” Shyam Gollakota, a UW professor of computer science and engineering who co-authored a paper on the new device, said in a press release. “We are hopeful it can have a tangible impact on a big source of suffering in this country.”

As GeekWire noted, a potential failsafe that UW is looking at with their device could be to transmit a signal to a smartphone asking the wearer if they're alright, and then administering the Narcan if they don't respond.

This technology is groundbreaking not only because it can save lives, but also because it does so within the framework of harm reduction, a school of thought that seeks to help drug users stay alive by helping them use more safely, rather than shaming and criminalizing them for doing so.

While the harm reduction model has been mainstreamed in the medical and social work worlds — and even among those who create and enforce the United States' drug policies — it's remained mostly low-tech. When it does intersect with tech, it's usually studied alongside access to information online.

The device might attract real-world interest, as well. A recent study of opioid users published in the Harm Reduction Journal found that three quarters of respondents said they'd be interested in wearing a device that could detect if they were overdosing and administer Narcan.

Trolls might ask: "how does this help end the opioid crisis?"

The answer, of course, is that the question is flawed. The opioid crisis exists, and the way we've been "fighting" it so far has done little to address why it's happening or stop it.

While there are probably years of research ahead to figure out how to get out of this opioid quagmire — itself arguably a whiter version of the "crack epidemic" that spurred on the racist war on drugs — why not keep people alive in the meantime?

And more that'll blow your mind: Addiction Researcher Says It's Okay to Do a Little Heroin, as a Treat