Engineer Builds Voice-Controlled Exoskeleton So His Son Could Walk

"Dad, you're a robotics engineer, why don't you make a robot that would allow us to walk?" 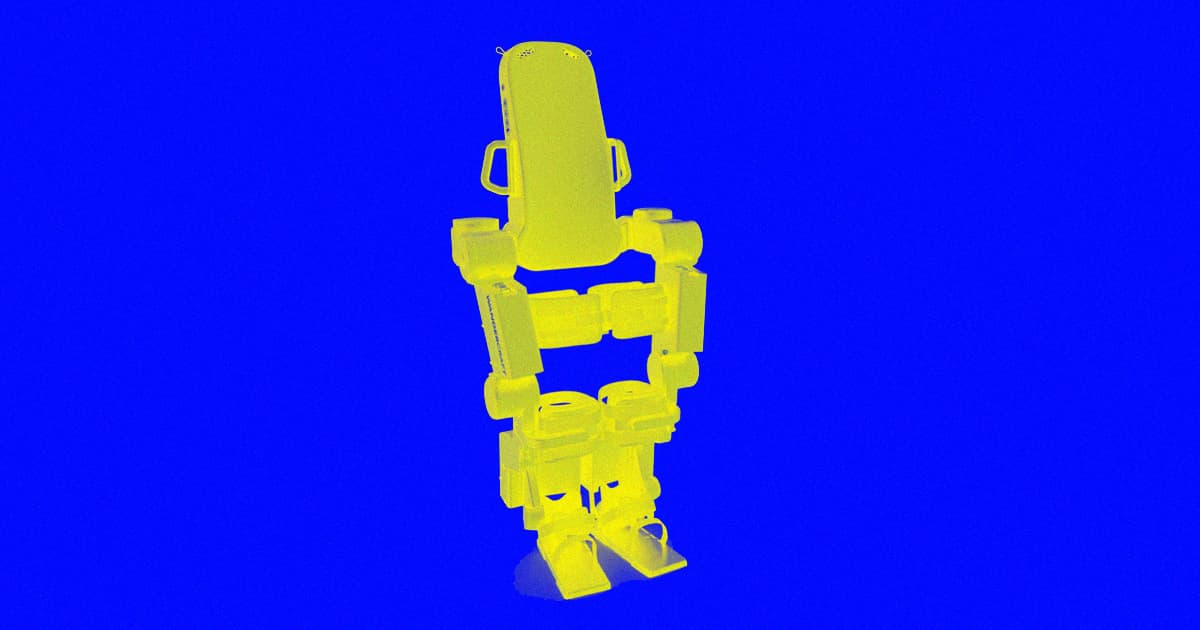 In order to help his son get around without a wheelchair, a French robotics engineer named Jean-Louis Constanza built a robotic exoskeleton that lets his son stand up and walk around by issuing voice commands.

"My son Oscar, one day he said to me 'Dad, you're a robotics engineer, why don't you make a robot that would allow us to walk?'" Constanza sad in a video interview with the BBC, as translated by the publication.

So he did just that, cofounding the company Wandercraft to develop and manufacture assistive robotic devices that can grant extra mobility to wheelchair users, according to the BBC.

For now, the exoskeleton is too heavy and clunky for consumer use, but the company has sold a few dozen to hospitals in multiple countries at about $178,000 each.

All his son, Oscar, has to do is strap in to the exoskeleton while sitting then say "Robot, stand up" and the machine will help him stand and balance as he walks. While there are plenty of robot exoskeletons out there, the voice input is a useful trick for making sure the machine actually does what it's supposed to at the right time.

"This is new for me because before to walk, I've always had assistance," Oscar Constanza told the BBC. "And now I no longer need assistance so I feel independent."