Preprogrammed motions can only go so far. 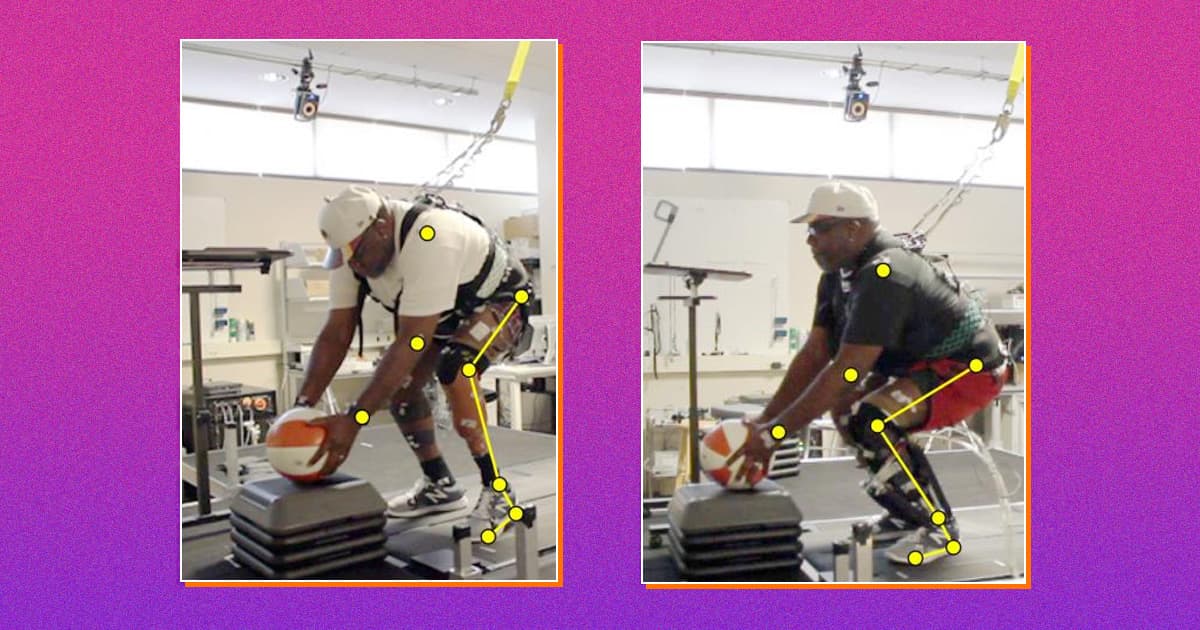 A team of scientists hooked up a robotic exoskeleton to a neural interface, allowing a patient who lost his foot and lower leg to control the powered system with his thoughts.

By combining the robotic prosthesis with sensors that could pick up the signals sent down to the foot by the man's brain, the system allowed for a far greater range of movement and more control than exoskeletons are typically capable of, according to a study published this month in the journal Wearable Technologies. While it took a great deal of physical therapy to get the patient to the point where he could steer the technology with his thoughts, IEEE Spectrum reports, it represents a major upgrade in the pursuit to give people total control over new robotic limbs.

Typically, robotic exoskeletons will come preprogrammed with motions like walking to help their wearers get around. But by handing the keys over to the actual person, a wide variety of new movements suddenly became possible.

"Autonomous control works really well for walking," study coauthor and NC State biomedical engineer Helen Huang told IEEE Spectrum, "But when it comes to more than just walking, such as playing tennis or freestyle dancing, it'd be good to have neural control."

In this case, the man wearing the prosthetic leg was able to sit down and stand up on his own, and squat down to grab something off the floor. Throughout the experiment, he demonstrated far greater mobility and control than someone wearing a typical exoskeleton.

Going forward, the team plans to test the technology out on more volunteers and to also figure out what's going on internally that allows their nervous system to actually steer the robotic leg.

"Are they restoring their original neural pathways?" Huang said to IEEE Spectrum.

1.26.23 Developments
Eccentric Wealthy Guy Spends $2 Million Per Year Staving Off Aging
1.26.23 Robotics/Prosthetics
FDA Gives Go-Ahead for Robotic Exoskeleton For Stroke Survivors
1.21.23 Neuroscience/Brain Science
Bad News: the Horrific Zombie Fungus in "The Last of Us" Is Real
1.11.23 Neuroscience/Brain Science
People Thought an AI Was Brilliantly Analyzing Their Personalities, But It Was Actually Giving Out Feedback Randomly
1.08.23 Studies
A Brief List of Horrifying Things Space Travel Does to the Human Body