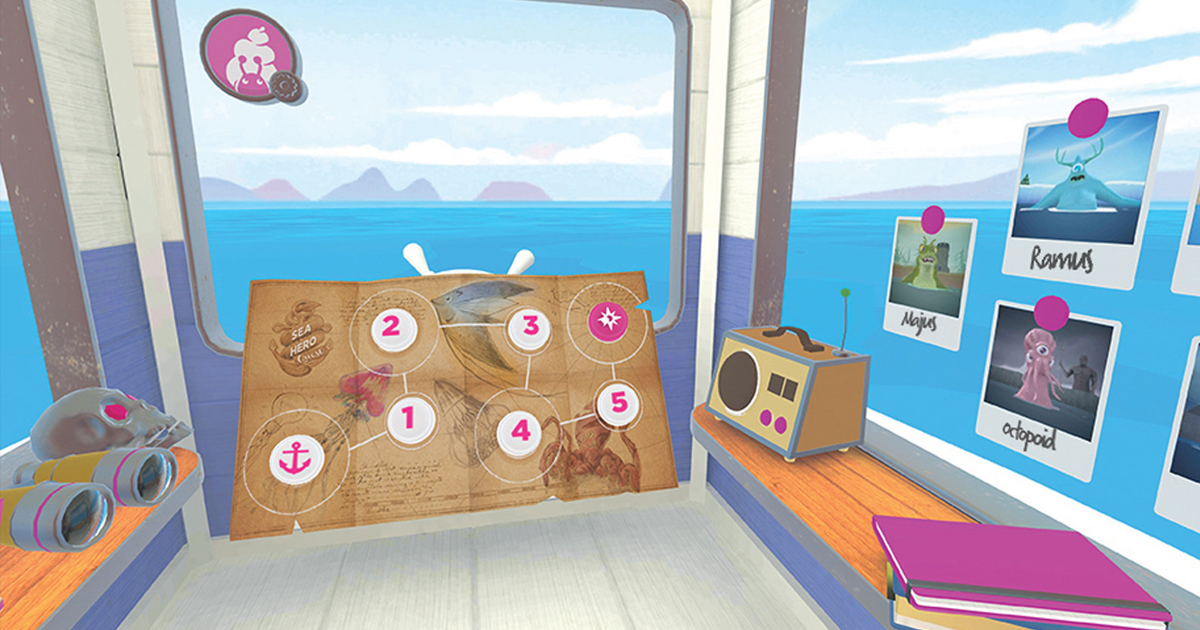 Although memory problems are the strongest indicators of Alzheimer's disease, they're a late-stage symptom.

A much earlier sign of dementia is poor spatial orientation — which researchers are now leveraging to determine who's at risk by asking them to play a video game.

"Research shows us that the brain changes associated with diseases like Alzheimer's begin decades before symptoms like memory loss start," said Gillian Coughlan, one of the researchers behind the game, in a press release. "For future Alzheimer's treatments to be effective, they must be given at the earliest stages of disease, before there's too much damage to the brain."

The game, called Sea Hero Quest, was developed in partnership with Germany's Deutsche Telekom and several European universities. Data gathered from it was published this week in the journal PNAS.

In the game, players navigate a virtual boat. They memorize a map, and when it disappears and they begin navigating, the app collects data about how efficiently they reach new goals — information its creators say can detect dementia symptoms "prior to the appearance of any clinical signs."

Just two minutes of gameplay, the scientists say, generates the same amount of data it'd take them five hours to collect in a lab setting. And since the game has been played for over 117 years in total hours, that means a whopping 17,600 years worth of Alzheimer's research.

More on Alzheimer's research: The FDA is Considering First-Ever Machine to Treat Alzheimer's