Scientists Are Testing a Vaccine to Treat Opioid Addiction

The vaccine is currently being tested on patients with substance abuse disorders. 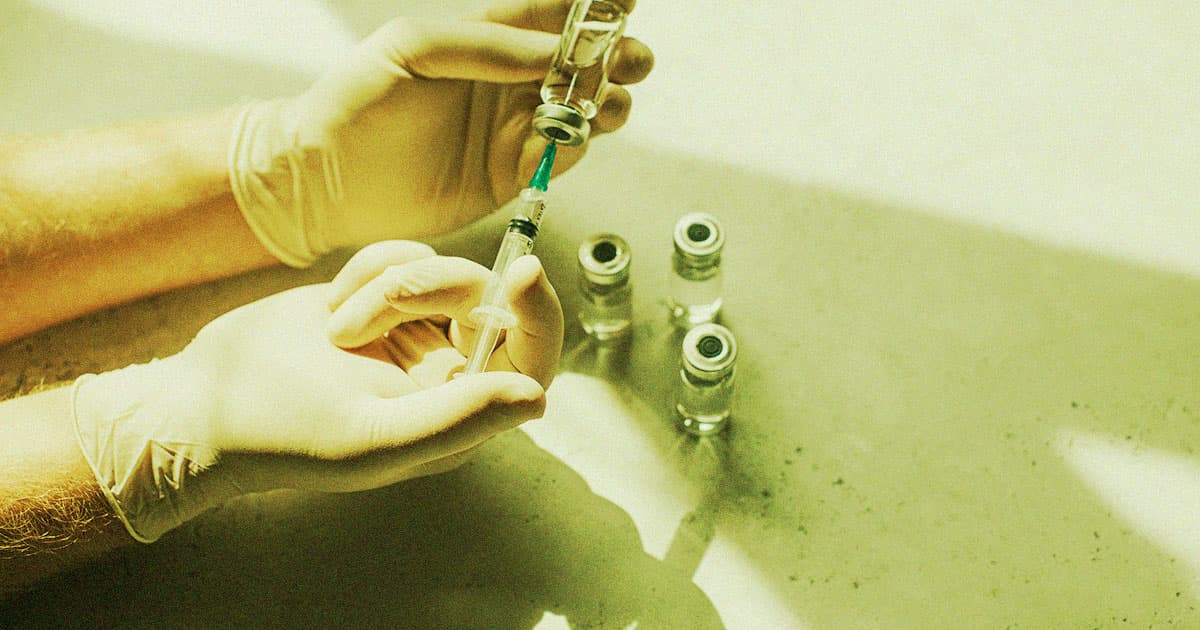 Researchers are thinking outside the box to fight the opioid epidemic — and it might even result in a vaccination to treat addiction.

Scientists are developing a vaccine that targets oxycodone addiction, CBS News reports. The team is currently testing the experimental drugs on volunteers with substance abuse disorders.

The way the vaccine works — in theory — is simple: it prevents the oxycodone from stimulating the pleasure centers of the brain. If users don’t feel better after taking a drug, the idea goes, they’re less likely to use it.

"The idea behind the vaccine is that after a while, the body will produce an antibody to that particular chemical structure," Sandra Comer, professor of neurobiology at Columbia University, told the broadcaster. "If somebody uses oxycodone, the antibody will bind to that molecule and it won't allow it to get into the brain."

Comer and her research partner Marco Pravetoni, an associate professor of pharmacology and medicine at the University of Minnesota, hope that the drug will cut down the relapse rate from medically-assisted addiction treatments.

Currently, the relapse rate for such treatments is roughly 50 percent, according to Comer.

"If they relapse, the vaccine hopefully will provide still some level of protection, at least against overdose," she told CBS. "And maybe an opportunity for us to re-engage them in treatment."

The team hopes to build off of the research in potential future treatments for other opioids such as heroin and fentanyl.

While not a "cure" per se, the experimental vaccine does offer some hope as the US continues to reckon with a grim opioid crisis. More than 800,000 Americans have died from drug overdoses in the past two decades, with 73 percent percent of those deaths caused by opioids, according to the Centers for Disease Control and Prevention.

It's still in its early stages, but a vaccine that could help treat addictions while cutting overdoses down would be gamechanging — and could end up saving a lot of lives.

More on harm reduction: Wearable for Opioid Users Injects Narcan If You Overdose