At least two members of Congress have since tested positive. 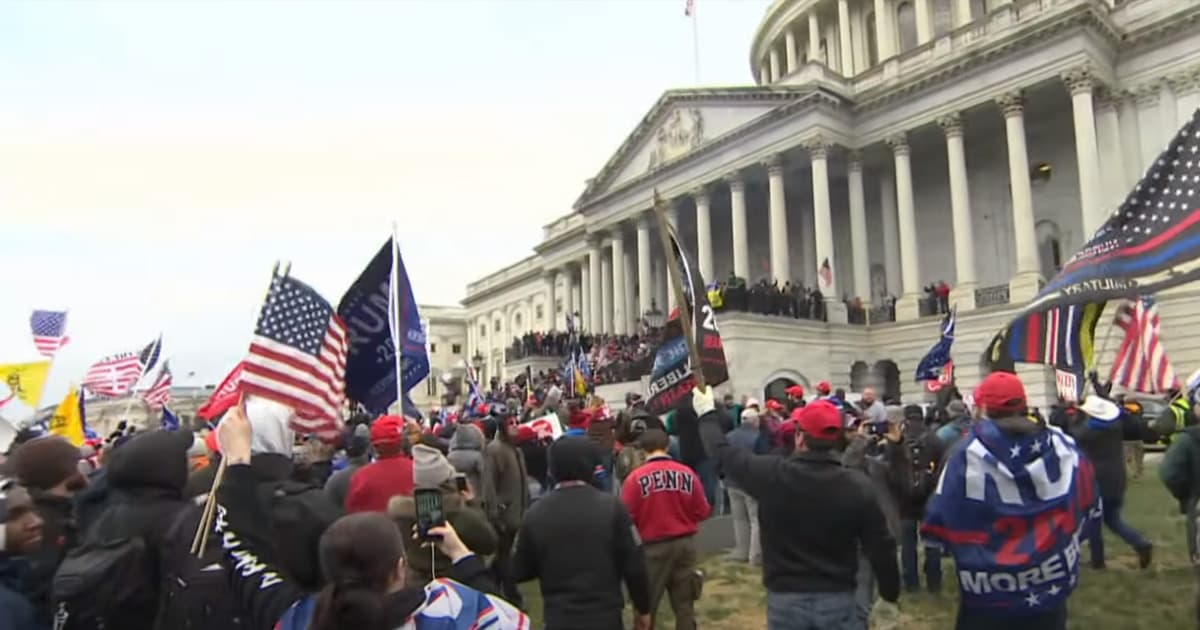 Wednesday afternoon, an angry mob of insurrectionists descended upon the U.S. Capitol building, smashing their way in through the windows and looting the offices of lawmakers.

It was a dark day for the country — made even worse by the fact that the same day, the U.S. broke the record for the most American lives lost during the ongoing COVID-19 pandemic. Then it broke the record again the next day, with more than 4,000 Americans dying on Thursday.

Compounding the national embarrassment, many in the mob of white supremacists and violent conspiracy theory extremists believed the pandemic was a hoax, meaning they took few precautions to protect themselves from the coronavirus. Many infiltrators forewent masks entirely.

The mob also stormed the building in close proximity to each other, Ars Technica reportsg, giving the shameful episode a high chance of becoming a superspreader event.

According to The Washington Post's health section, experts say the storming was a "textbook potential COVID-19 superspreader."

"This was in some many ways an extraordinarily dangerous event yesterday, not only from the security aspects but from the public health aspects, and there will be a fair amount of disease that comes from it," Eric Toner, senior scholar at the John Hopkins Center for Health Security, told the Post.

"It is a very real possibility that this will lead to a major outbreak but one that we may or may not be able to recognize," he added. "All the cases to likely derive from this event will likely be lost in the huge number of cases we have in the country right now."

Lawmakers didn't fare much better after being evacuated. House representative Susan Wild called holding members of Congress in the same location a "superspreader event," according to CBS News.

It's a dark mirror of the Trump administration's own disregard for common sense safety measures. Event after event put on by Trump and people in his circle over the preceding months ended up with local outbreaks of the disease.

Making matters even worse, we've got plenty of evidence that shouting and chanting — an integral part of Wednesday's events — can greatly increase transmission of the virus. Those effects are only exacerbated when they occur indoors and in less well ventilated spaces.

Case in point, at least two members of Congress have since tested positive, including Jake LaTurner (R-KA) and Michelle Steel (R-CA) — meaning the public health repercussions of the mob violence could be just beginning.

READ MORE: How the Trump-incited mob may have caused a COVID superspreader event [Ars Technica]

More on the event: Trump Thrown Into Twitter Jail