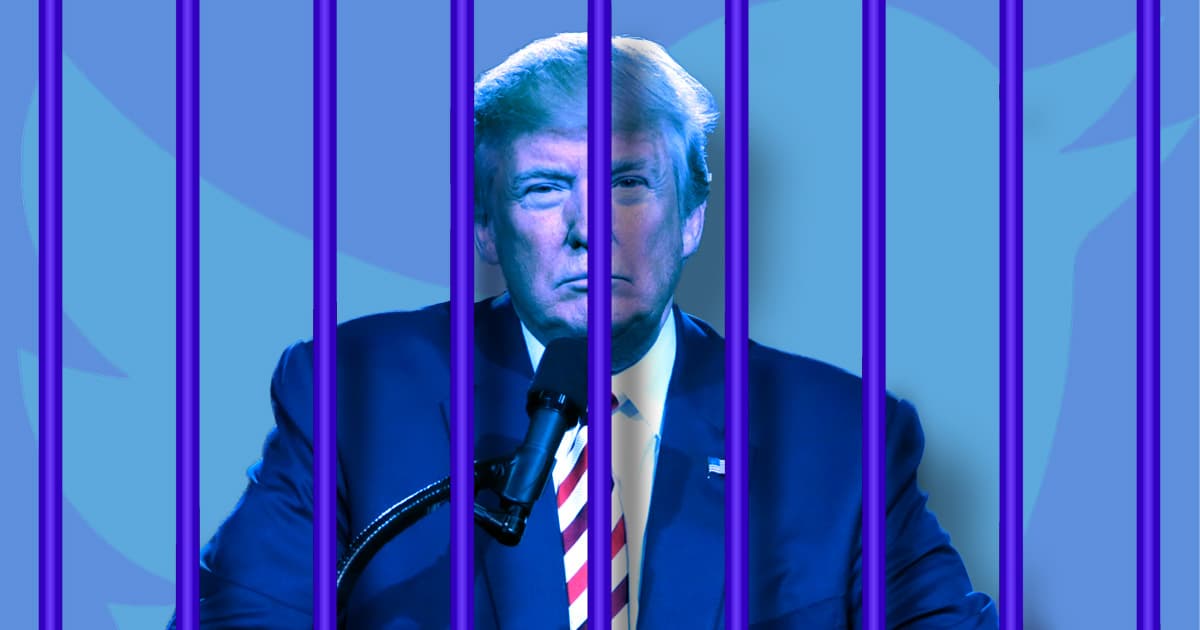 As Trump-supporting rioters broke into and looted the U.S. Capitol, the social network first flagged Trump's tweets and prevented users from interacting with them "due to a risk of violence."

Later, the platform took an extra step and removed the offending tweets while temporarily locking Trump's account — or, in the colloquial language of the platform's user base, thrown him into "Twitter jail."

As a result of the unprecedented and ongoing violent situation in Washington, D.C., we have required the removal of three @realDonaldTrump Tweets that were posted earlier today for repeated and severe violations of our Civic Integrity policy. https://t.co/k6OkjNG3bM

This means that the account of @realDonaldTrump will be locked for 12 hours following the removal of these Tweets. If the Tweets are not removed, the account will remain locked.

As of press time, it appears that Trump has yet to do so, meaning his account appears to remain dormant. If so, the earliest that he could regain access to the account would be late tonight, during a period of almost unprecedented political turmoil.

Trump's tweets have been a major source of contention for the entirety of his presidency and years before it. He has frequently used his unfiltered social media presence to spread disinformation about his opponents, the coronavirus pandemic, and anything else related to his political agenda.

Now, with just a handful of days left in Trump's term — unless the growing support for a second impeachment or invocation of the 25th Amendment succeeds — Twitter has finally stepped in, warning that Trump's account will be deleted if he breaks the rules again.