"This opens up the procedure to many centers and rural areas that do not have eye banks." 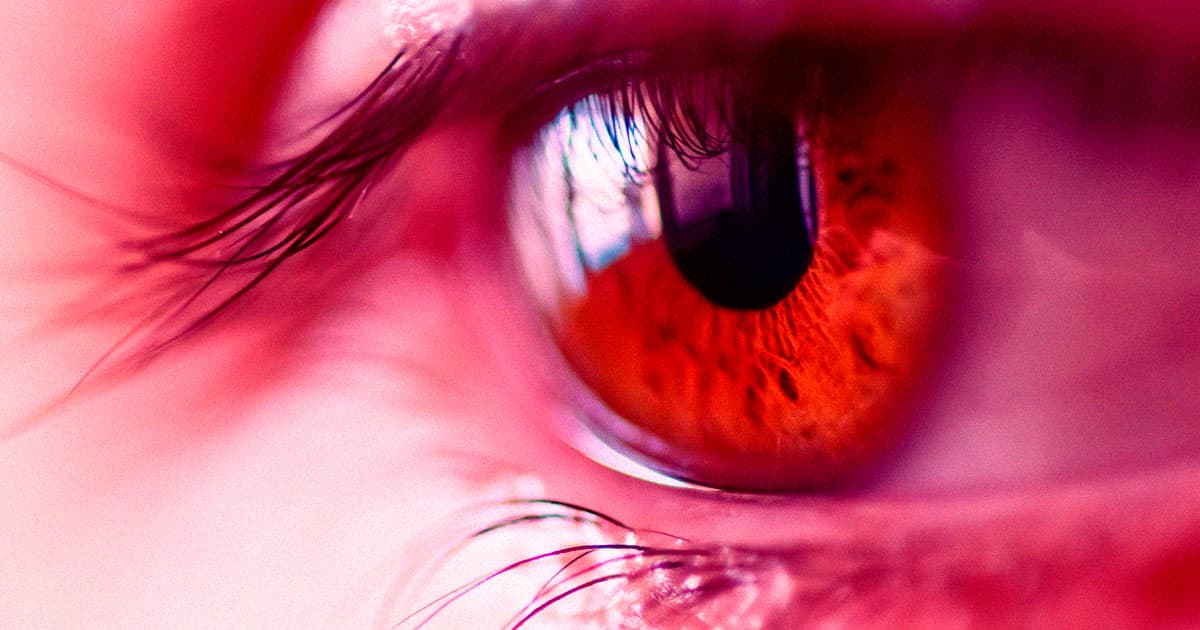 Scientists say they've restored the vision of 20 people who were significantly visually impaired by using a synthetic cornea implant made from pig skin.

Published in Nature Biotechnology, a new paper details how researchers in India and Iran created cell-free synthetic corneas out of "medical-grade purified freeze-dried type I porcine dermal atelocollagen" — also known as frozen pig skin collagen — and implanted them onto the eyes of 20 people who suffered from visual impairment.

To study how well the experimental implant would work, the team conducted a pilot feasibility study that implanted the synthetic corneas into the eyes of the 14 of the initial 20 patients who were initially blind.

Remarkably, after 24 months in which "no adverse event was observed" in any patient, all 20 patients experienced restored vision and a restored ability to wear contact lenses.

In an interview with Technology Networks, study lead and experimental ophthalmologist at Sweden's Linköping University Neil Lagali described the implantation process he and his colleagues used in the research.

By seeding the implants with human corneal epithelial cells after they'd been placed in the eyes of the subjects, Lagali and his colleagues discovered that the cells they used both grew and became transparent on the eyes of implantees just over two weeks after they were implanted, he told the site.

The research was accompanied by testing by independent labs to make sure the implants themselves were sterile, and those same tests found that the synthetic pig collagen corneas were much more shelf stable than human donor tissues, which only have a shelf life of a week or two as compared to the minimum two-year shelf life of the experimental implants.

Though lots of study in recent years has gone into the creation and development of synthetic corneas, the researchers noted in their study that to their knowledge, nobody has yet attempted their specific implantation procedure — and Lagali told Technology Networks that he hopes the new technique will "significantly reduce the demand for donor corneal tissue in the future."

"But more importantly, we believe it could reach people who have poor access to eye care, as the [new implants] can be shipped literally anywhere and stored in a refrigerator prior to use," he added. "This opens up the procedure to many centers and rural areas that do not have eye banks."

More on bioengineered eyesight: Bionic Eyes Give Sheep Sight, Heading to Humans Next