Bionic Eyes Give Sheep Sight, Heading to Humans Next 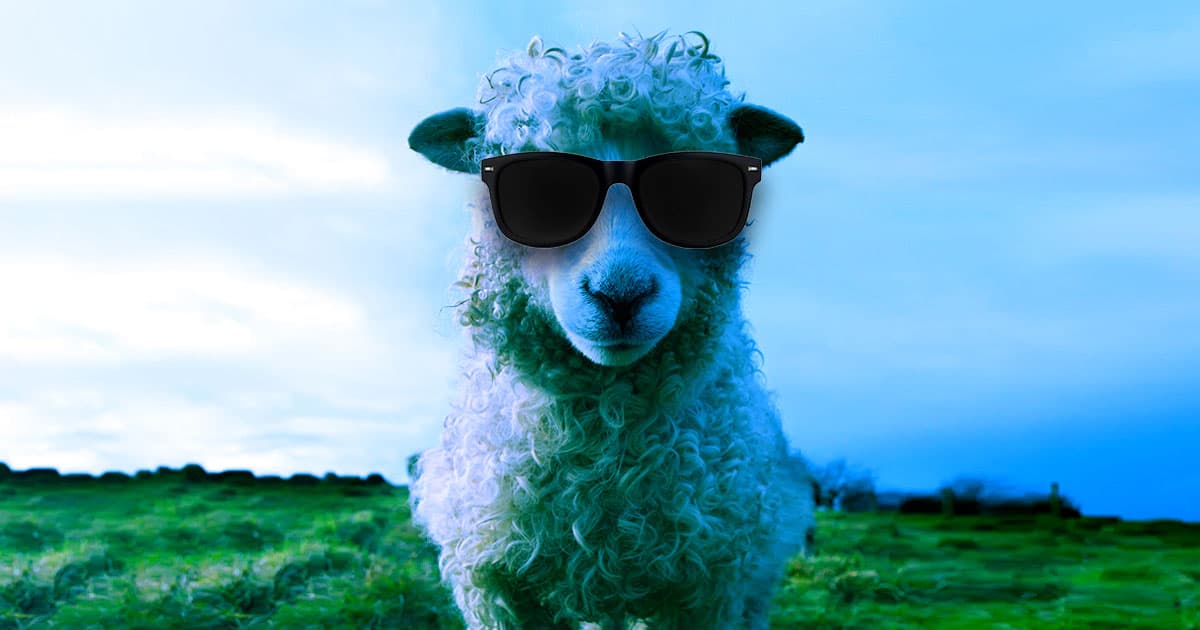 The BBC reports that a team of Australian researchers gave a small flock of sheep "exceptionally sharp eyesight" — at least for sheep — using bionic eyes surgically implanted behind their retinas.

The idea behind the wooly experiment was to make sure the implants didn't cause undesirable side effects. Now, the team from the University of Sydney and the University of New South Wales say they've filed paperwork to start human trials — a striking step toward the type of bionic eyesight we've glimpsed in Star Trek via the character Geordi La Forge.

"There were no unexpected reactions from the tissue around the device, and we expect it could remain in place for many years," University of Sydney biomedical engineer Samuel Eggenberger told the BBC.

The device, dubbed Phoenix 99, works by wirelessly relaying a camera feed from a small camera attached to a pair of sunglasses in the form of electric signals directly to the wearer's retinas, according to the BBC's reporting. These signals then get processed by the optical nerve and sent into the brain.

Experts believe bionic eyes like the Phoenix 99 could become commonplace in a matter of years. According to one 2021 market research report surfaced by the BBC, the industry could be worth over $400 million by 2028.

There are several other companies working on similar bionic eye systems, including Second Sight and the Monash Vision Group, also based out of Australia. Another France-based company called Pixium Vision is also testing its retina implant-based system in humans.

For now, the systems are still exceedingly expensive, with some going for more than $100,000. And to date, the actual sight provided by the devices remains rather limited.

"I have no doubt that the technology has transformed the lives of patients who have been lucky enough to receive these implants," New Jersey-based ophthalmologist Diane Hilal-Campo told the BBC. "Currently, however, the technology is limited, only allowing for the perception of light and shadows, and, to some extent, shapes."

But that could soon change as more companies are working on finding ways to restore the vision of the visually impaired.

Read This Next
Futurism
A Treatment for Blindness? NHS to Install Bionic Eyes in 10 Patients
Futurism
This Revolutionary Bionic Eye Sends Images Directly To Your Brain
Futurism
Bionic Eyes Let the Blind See Again. Here's How They Work
More on Enhanced Humans
Brain-Computer Im...
Jan 3 on the byte
Neuralink Cofounder Says New Company's Eye Implant Could Be "Ultimate" VR Tech
Eyes Have It
12. 30. 22 on futurism
Meet the Neuralink Cofounder Who Left and Started a Competitor That's Now Rapidly Catching Up
Butcher Shop
12. 6. 22 on futurism
Neuralink Employees Admit Company Has Killed 1,500 Animals So Far
READ MORE STORIES ABOUT / Enhanced Humans
Keep up.
Subscribe to our daily newsletter to keep in touch with the subjects shaping our future.
+Social+Newsletter
TopicsAbout UsContact Us
Copyright ©, Camden Media Inc All Rights Reserved. See our User Agreement, Privacy Policy and Data Use Policy. The material on this site may not be reproduced, distributed, transmitted, cached or otherwise used, except with prior written permission of Futurism. Articles may contain affiliate links which enable us to share in the revenue of any purchases made.
Fonts by Typekit and Monotype.