Scientists: Stealing the Blood of the Young May Make You More Youthful

Maybe the vampires were right all along. 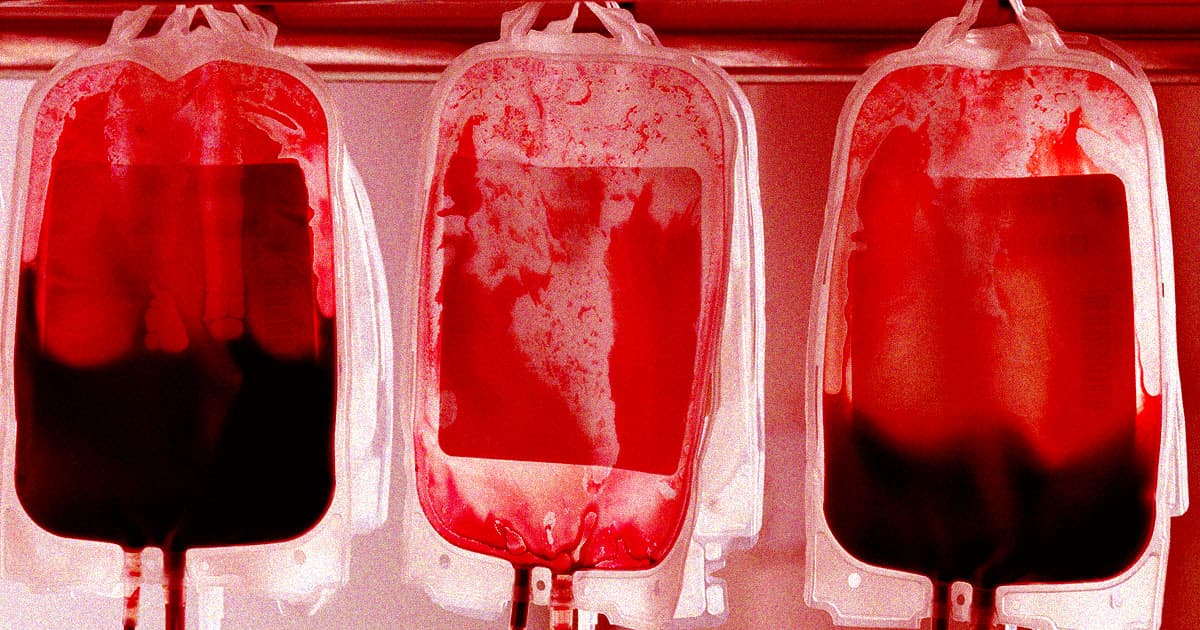 A team of researchers — who definitely aren’t vampires — have discovered new evidence that the blood of the young could be the secret to actually staying young.

In a new study published in the prestigious journal Nature Aging, the team found that particles in mouse blood called extracellular vesicles (EV) send instructions for a longevity protein called "Klotho" to muscle cells, according to a press release from the University of Pittsburgh. As the mice age, the EVs seemingly become weaker and send fewer instructions for the protein as a result.

However, when the team gave older mice the blood of younger mice, their cells and tissue began to take on more youthful features like enhanced muscle regeneration. When the EVs were removed from the blood, though, the effect faded.

In other words, it sounds a bit like the vampires of folklore, with the blood of the youthful sustaining the aged.

Whether the effect could translate to humans, of course, remains unclear. Attempts to bring the treatment to actual patients have been met with harsh criticism and inconclusive results.

But the Pittsburgh team hopes their research could lead to new treatments to sustain and enhance longevity during the aging process for humans.

"In one way, it helps us understand the basic biology of how muscle regeneration works and how it fails to work as we age," Fabrisia Ambrosio, associate professor of physical medicine and rehabilitation at Pitt and lead author of the study, said in the release. "Then, taking that information to the next step, we can think about using extracellular vesicles as therapeutics to counteract these age-related defects."

Other research has suggested that the blood of young mice can help boost cognitive performance in older mice, according to the release. That means that EV treatments could theoretically help slow down — or even prevent — cognitive decline as we age.

Much more research is needed before we can expect drop-in blood-of-the-young transfusion clinics. However, if this study is any indication, it turns out Dracula might have had the right idea after all.