Bad to the Bone
Jul 2 / by Noor Al-Sibai

Disturbing Discovery Finds That Space Does Something Bad to Astronauts' Bones 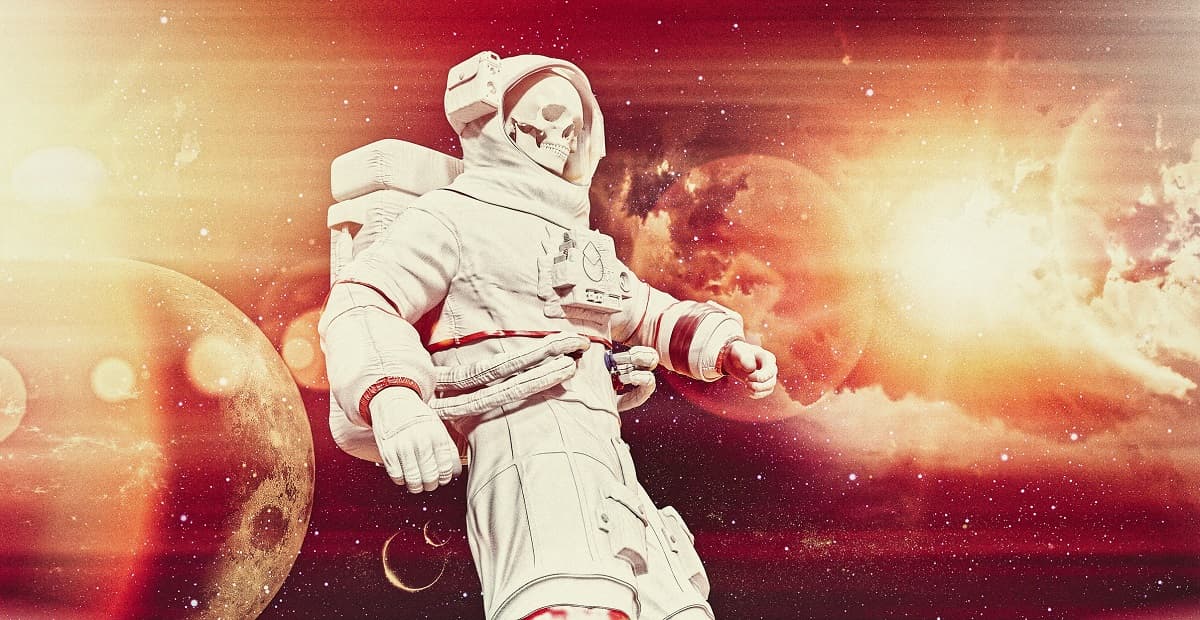 An alarming new study has found that spending months in space can result in the equivalent of two decades worth of bone loss for astronauts.

The study, published in Scientific Reports, details how researchers at Canada's University of Calgary made their troubling discovery — and explains a potential fix for an issue that could become much more widespread as more and more civilians begin traveling to space.

By tracking 17 mostly-male astronauts with an average age of 47 who traveled to space for anywhere between four and seven months, Calgary exercise scientist Leigh Gabel and her team used a super high-definition 3D bone scanner at various points before and after their spaceflights to measure their bones' strength and density.

They found that the loss of bone density was most severe for astronauts who spend more than six months in space, and that those who spend fewer months were able to regain about half their bone strength and density after being back on terra firma for half a year.

Though it's long been known that spending more than a month in space results in bone loss, this study both quantifies how much bone loss astronauts experience in terms of terrestrial lifespans, and also looks at how their bones rebound after they return to Earth.

The researchers behind the study also pinpointed in interviews with Science News also a key way to avoid bone loss or strengthen bones while astronauts are in space — good old weightlifting.

"[Bones are] alive and active," Gabel told the magazine, "and they’re constantly remodeling."

More on bones: Your Bones Are Made Out of Exploded Stars, Scientists Say

5.28.20 Developments
When Astronauts Got Sick on an Apollo Mission, It Was a Disaster
4.16.20 Studies
New Research: Space Travel Causes Astronauts' Brains to Expand
11.18.19 Developments
Scientist: Astronaut Hibernation Pods "Actually Not so Crazy"
8.16.22 Genetics
Cops Use Newborn Baby's DNA to Nail Dad for Crime from the 90s
8.12.22 Neuroscience/Brain Science
Evidence Is Growing That LSD Improves Learning and Memory

8.12.22 Devices
Experimental Synthetic Cornea Restores Vision for 20 Patients
"This opens up the procedure to many centers and rural areas that do not have eye banks."
By Noor Al-Sibai / Read More >>
8.11.22 Developments
Next Pandemic Could Be Caused by Horrid Fungi, Scientists Warn
"There’s a lot of stuff out there we don’t even understand."
By Victor Tangermann / Read More >>
8.11.22 Rx/Medicines
Africa on the Verge of Getting a Monkeypox Vaccine
So far, experts say, the entire continent hasn't gotten a single dose.
By Lonnie Lee Hood / Read More >>
Keep up.
Subscribe to our daily newsletter to keep in touch with the subjects shaping our future.
+Social+Newsletter
TopicsAbout UsContact Us
Copyright ©, Camden Media Inc All Rights Reserved. See our User Agreement, Privacy Policy and Data Use Policy. The material on this site may not be reproduced, distributed, transmitted, cached or otherwise used, except with prior written permission of Futurism. Fonts by Typekit and Monotype.