Space is stranger than we know. 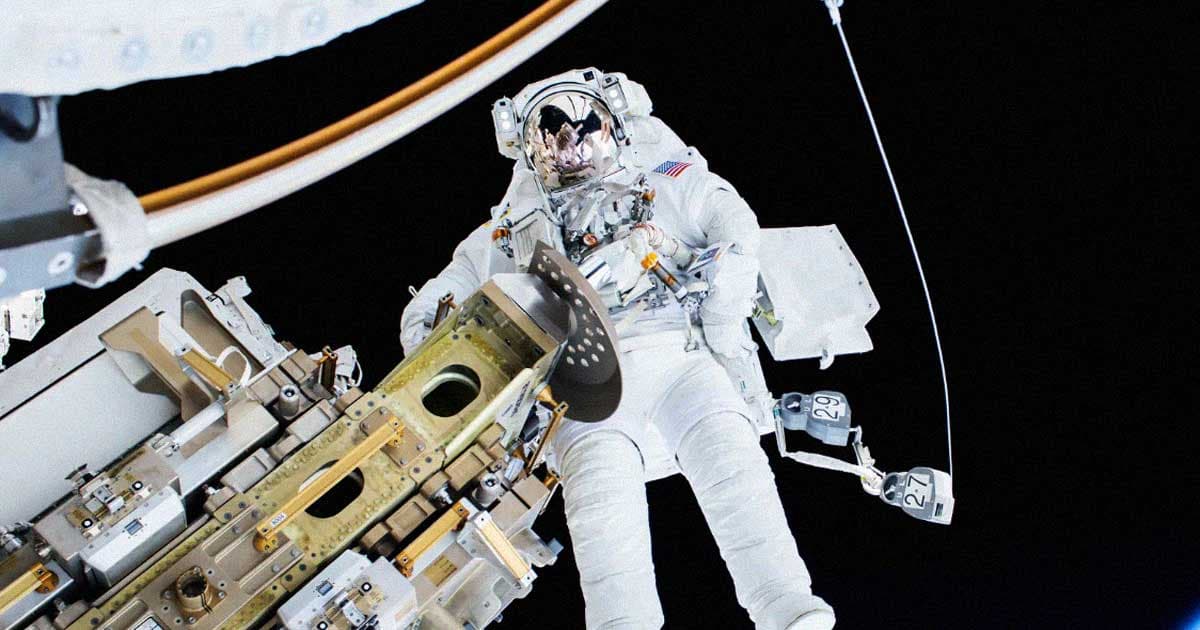 When they examined decades-old blood samples from 14 NASA astronauts who flew Space Shuttle missions between 1998 and 2001, researchers found that samples from all 14 astronauts showed mutations in their DNA.

While these mutations are likely low enough not to represent a serious threat to the astronauts' long term health, the research underlines the importance of regular health screenings for astronauts, especially as they embark on longer missions to the Moon and beyond in coming years.

The specific mutations, as identified in a new study published in the journal Nature Communications Biology, were marked by a high proportion of blood cells that came from a single clone, a phenomenon called clonal hematopoiesis.

Mutations like this can be caused by exposure to excess ultraviolet radiation, and other forms of radiation including chemotherapy.

In this case, researchers are suspicious that the mutations may have been the result of space radiation.

"Astronauts work in an extreme environment where many factors can result in somatic mutations, most importantly space radiation, which means there is a risk that these mutations could develop into clonal hematopoiesis," said lead author David Goukassian, professor of medicine at the Icahn School of Medicine at Mount Sinai, in a statement.

The topic of astronaut health is more pertinent than ever before. Just last year, NASA proposed to change the radiation limits its astronauts can be exposed to to protect their health.

In short, the agency is trying to allow younger astronauts to be exposed to relatively higher amounts of radiation than older astronauts, and eliminating the differences in limits between men and women.

The blood samples for this latest study were collected from 12 male and two female astronauts ten days before their flight and on the day of their landing. The samples were then cryogenically stored at -112 degrees Fahrenheit for around two decades.

The mutations observed in the blood samples resemble the kind of somatic mutations we see in older individuals — which is interesting on its own, considering the median age of the astronauts was only 42.

"Although the clonal hematopoiesis we observed was of a relatively small size, the fact that we observed these mutations was surprising given the relatively young age and health of these astronauts," Goukassian said.

"The presence of these mutations does not necessarily mean that the astronauts will develop cardiovascular disease or cancer," he added, "but there is the risk that, over time, this could happen through ongoing and prolonged exposure to the extreme environment of deep space."

Therefore, Goukassian and his team are recommending that NASA should regularly screen astronauts for these kinds of mutations.

Scientists have long speculated about the numerous health risks astronauts face when spending extended periods of time in outer space — and the more we discover, the better we can ensure their safety in the long run.

More on astronauts: Surgical Robot Could Perform Surgeries By Itself on Space Station

7.02.22
Disturbing Discovery Finds That Space Does Something Bad to Astronauts' Bones
5.28.20 Developments
When Astronauts Got Sick on an Apollo Mission, It Was a Disaster
4.16.20 Studies
New Research: Space Travel Causes Astronauts' Brains to Expand
12.03.22 Neuroscience/Brain Science
Doctors Fascinated by Man Who Took 40,000 Ecstasy Pills and Experienced Years of Terrible Symptoms
12.02.22 Studies
So Many People Die at Motorcycle Rallies That Organ Donations Spike