The Digest: The World’s Smallest Surgical Robot Is Almost Ready for the Operating Room

The bot can decrease patients' risk of infection and need for painkillers. 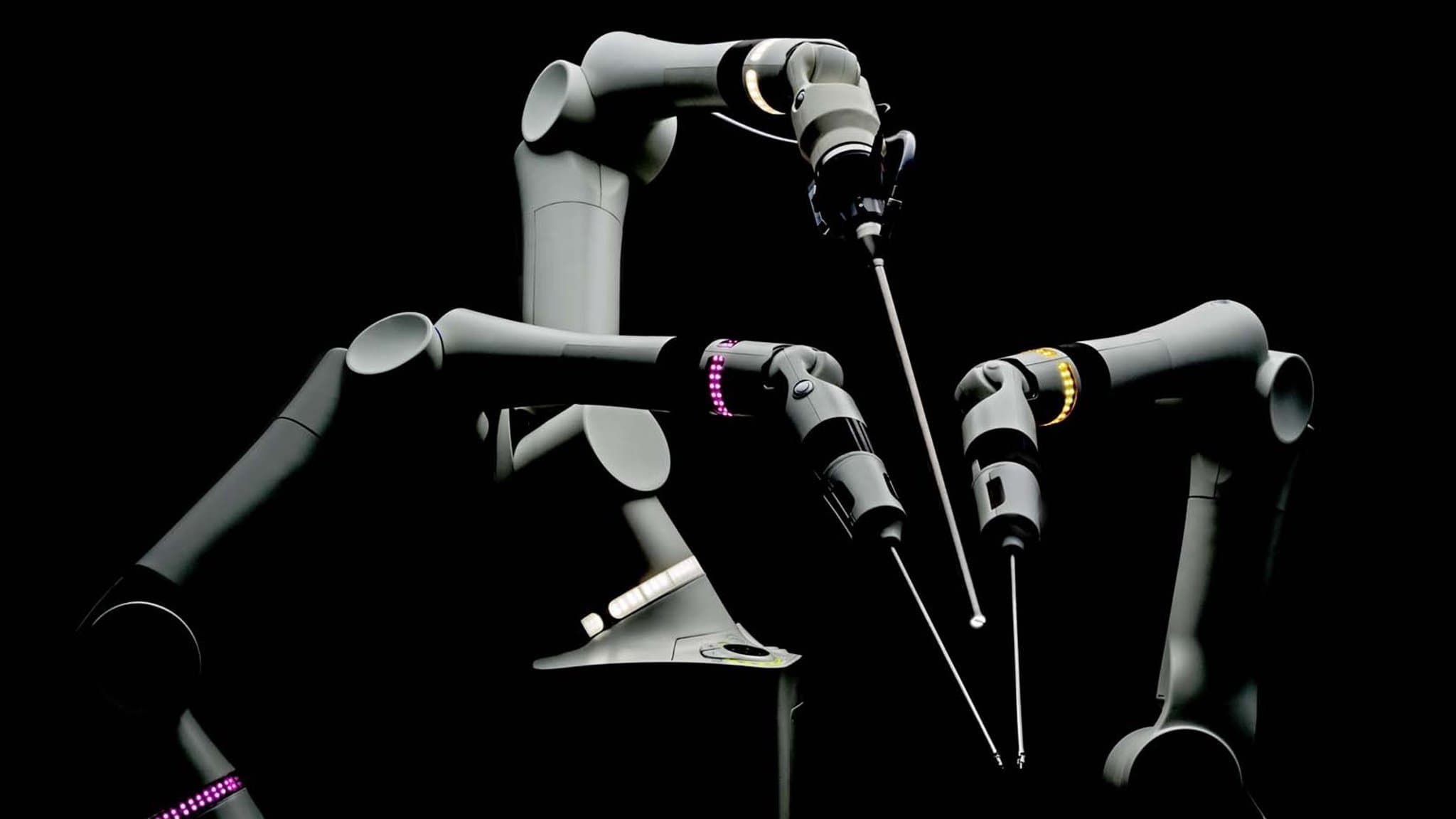 MEET VERSIUS. By the end of 2018, surgeons in the United Kingdom could have a new assistant in the operating room: Versius, the world's smallest surgical robot.

Created by CMR Surgical, the bot is essentially three robotic arms attached to a mobile unit about the size of a barstool, according to a recent report by The Guardian. A surgeon controls the bot from a control panel, guiding the arms as they carry out keyhole procedures (surgeries performed through tiny incisions in the body — much less invasive than open surgeries, which require much larger incisions).

BETTER FOR SURGEONS. CMR Surgical is in the process of getting Versius approved by UK regulators so that it can move out of the training room and into the operating room. The company hopes to pass this regulatory hurdle before the end of this year. If approved, the bot could benefit both the surgeons that wield it, and the patients under its tiny knife.

Doctors often find themselves in uncomfortable positions when they perform keyhole surgeries. To get their instruments right where they need to be, they may need to bend their bodies at strange angles, and hold them for extended periods of time. Versius lets them avoid these potentially painful positions by doing the maneuvering for them, while the surgeons can do their work by simply sitting or standing at the bot's console.

BETTER FOR PATIENTS. As for patients, keyhole surgeries boast a number of benefits over open surgeries. They reduce a patient's chances of developing a hernia by 50 percent, require fewer post-surgery painkillers, and decrease infection rates. However, because keyhole procedures require a high level of technical expertise, they are often eschewed in favor of open surgeries.

Versius can change that by training surgeons in just a fraction of the time. For example, a surgeon typically needs 60 to 80 hours of practice to learn how to manually tie a surgical knot inside a patient through a keyhole incision. With Versius, a surgeon can learn the procedure in just 30 minutes. This could increase the number of doctors equipped to perform keyhole surgeries, making the procedures themselves more common.

WAITING ON THE RED TAPE. Versius isn't the first or only surgical robot. However, these bots are becoming easier to use and more mobile. Someday, hospital staff could simply wheel Versius in and out of operating rooms as needed — if regulatory bodies decide to approve the surgical bot for clinical use, that is.

4.03.19
New Technique Alters Your Facial Appearance Without Surgery
12.07.18
Experts: Stem Cells and Robots Will Replace Many Invasive Surgeries
4.24.18
Penis Transplant Is Latest Surgery Helping People Feel Like Themselves
1.24.18
If You Had a Human Head Transplant, Would You Still Be You?
9.06.17
Researchers Create Surgical Device That Can Identify Cancer Cells in Seconds