The words "normal" or "cancer" appear on the mass spectrometer in under 10 seconds. 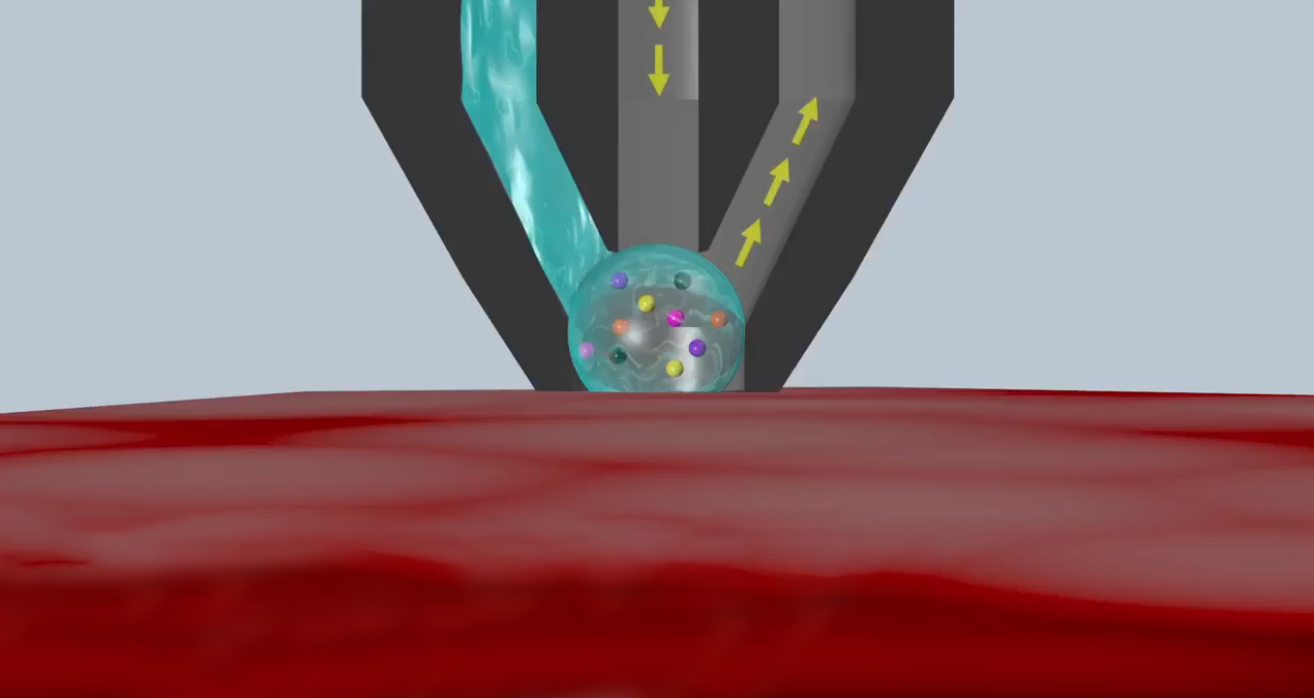 Surgeons have long faced a challenge when removing solid tumors like those found in the lung or breast: How much to take out? Cut too much of the patient's healthy tissue and the body's functions could be compromised. Remove too little of a tumor and the cancer could come back.

That could soon change, thanks to researchers from the University of Texas at Austin. The team has invented a handheld device, dubbed the MasSpec Pen, that could help surgeons identify cancerous cells in just a few seconds. The result could be more effective surgeries and healthier patients.

Traditionally, medical professionals determine whether tissue on the margins of tumors is cancerous by taking small samples of tissue, freezing it, and analyzing it once the surgery is over. It's a process that demands a lot of time and labor, and tissues are sometimes damaged in the process, complicating the analysis in up to 20 percent of cases, according to the research's press release.

Medical imaging techniques in general have improved over the past few years. Some analyze protein biomarkers to identify cancerous cells post-surgically, while others — including fluorescent probes, Raman spectroscopy, and mass spectrometry techniques — have been developed to be used on living tissue. But none of these have been suited for the operating room, either because they involve potentially toxic chemicals, or are simply too unwieldy.

According to an article published Wednesday in the journal Science Translational Medicine, the tip of the MasSpec Pen has three ports: one for water to extract a tissue sample, a vacuum chamber to feed the sample into a machine called a mass spectrometer, and another of gas (nitrogen, carbon dioxide, or air) to prevent the system from collapsing from the pressure of the vacuum. A tiny water droplet encapsulates a few molecules of tissue and is fed into the machine where it is broken into molecules. The molecules are then given a charge and sorted by mass.

The distribution helps scientists identify elements and properties of the sample — such as biomarkers that could indicate a cell's uncontrolled growth — that are characteristic of cancer. A surgeon using the pen simply touches the disposable 3D printed tip on the area of tissue he or she wants to analyze, presses a foot pedal, and holds for three seconds. The words "normal" or "cancer" pop up on the mass spectrometer in under 10 seconds.

Using 253 samples of normal and cancerous human tissue from the thyroid, lung, ovary, and breast, the researchers established a "molecular profile" of cancerous cells. The MasSpec Pen, they found, was both sensitive and specific, identifying cancer cells with 96.3 percent accuracy. When they used the device on living mice, they found not only was it accurate, it wasn't damaging to the tissue.

The team has filed patents for their device, according to the press release, though it likely faces a number of medical device regulatory requirements and additional testing before it would be widely available. The team is hopeful, though, noting that they hope it will be in clinics "very soon."